Pat Hays Pedaling For Progress Event, and My ArkansasOutside.com Debut

My friend Joe Jacobs of the Arkansas Outside blog recently asked me if I would be willing to fill in for him in interviewing former NLR Mayor and Congressional candidate Pat Hays  for an article on the AO site. I have enough trouble keeping up with writing for this space, but I readily agreed. Joe and Pat are both friends and I am supportive of Hays's campaign.

There is a fund raising ride for the Hays campaign, Pedaling For Progress, from the Burns Park soccer complex at 8:00 AM Saturday. It should be a beautiful morning for a ride and the requested contribution is just 45.00. You can get in a good ride and a very good lunch is on promise.


Pat Hays is well known in central Arkansas as the result of his long and productive tenure as the mayor of North Little Rock. In today's political climate the term "progressive" is often translated to mean "liberal", while the word "conservative"  has come to be associated with the extreme, often radical, right wing of American politics. I'm going to disregard the polemic that accompanies the common rhetoric of the day and call Pat Hays a "conservative progressive". He's a hometown boy who graduated from North Little Rock High School, a dedicated family man with a penchant for naming pet projects after his grandchildren (Isabella Jo Trail, Harper's Loop, Savannah Lou......), and a pro-development friend to the business community. He’s accustomed to operating on a balanced budget and has made that an issue of his campaign, along with other traditionally conservative positions.


His time as mayor has not been without controversy, but it has been without scandal. While his harshest critics, and I have been a critic at times, can point out areas of disagreement, there simply isn't much in the way of mud to be slung. That in itself is a remarkable feat for a politician who held a highly empowered mayoral office for 24 years. Of course, once the campaign gets geared up and the dark dirty money of the Koch brothers gets involved, Hays will somehow inevitably be tied to, yep, you got it, Barack Obama and Nancy Pelosi, and maybe even Benghazi. That will be a hell of a stretch, but reality is not much of an impediment in politics in this era of Citizens United where the purchasers of power are not held accountable.
Check out the article at AO. Joe and his contributors mostly cover the fun stuff like mountain bike races, kayaking, and all things outdoors, so I reserved the above commentary on the state of politics for here. 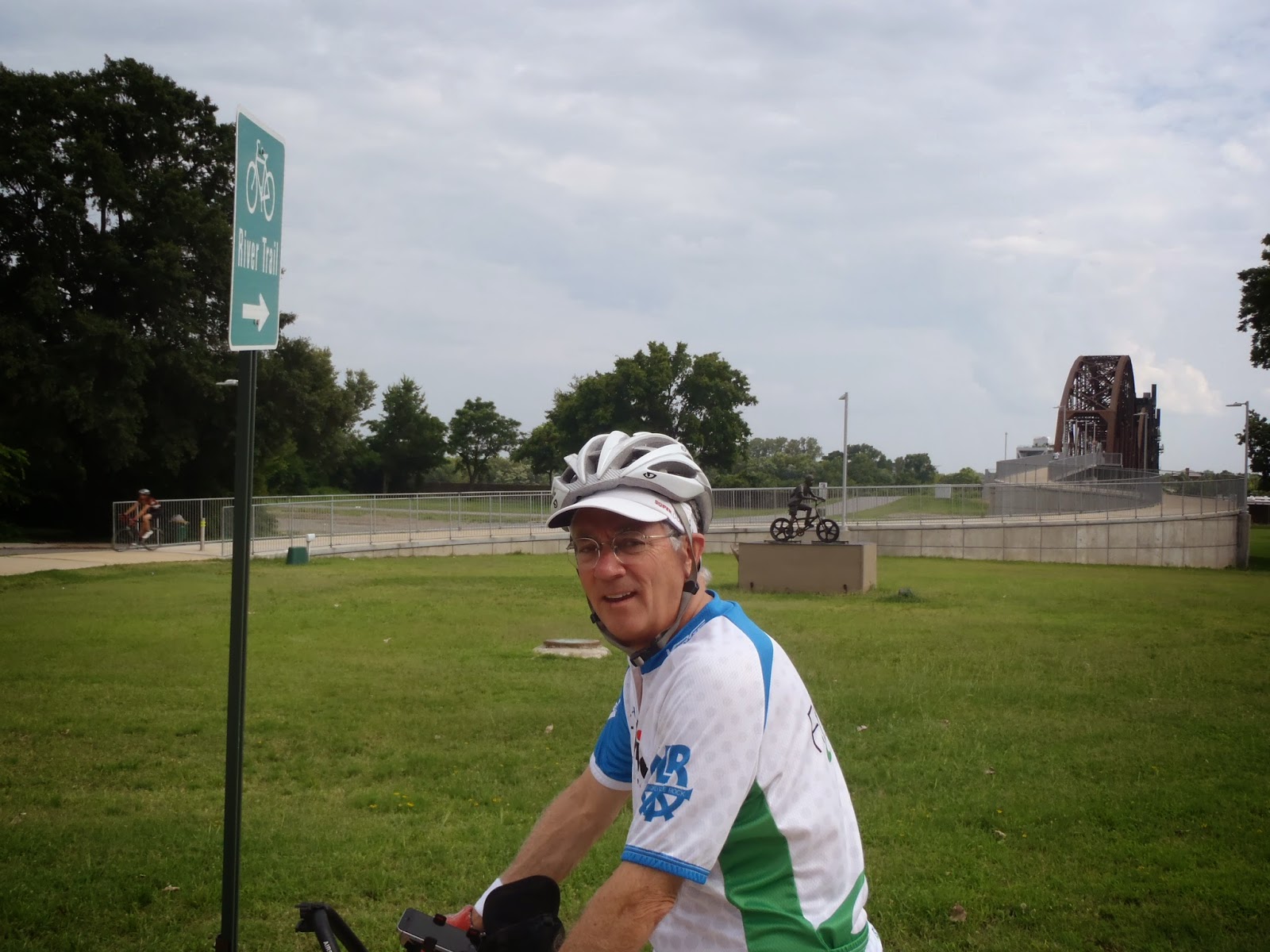 I've admired this bike boy statue, but never knew the story.
In talking to Pat Hays about his tenure as mayor and his run for the House of Representitives, I heard the story of how this statue came to be at the Clinton Park Bridge. Alderman Murray Witcher had spotted the boy cyclist statue at a sale for half-price and told Mayor Hays that he thought it would be a good fit….somewhere. It was agreed that it belonged somewhere on the River Trail. It was purchased and put in storage for a few years before it found the perfect home at the foot of the Clinton Park Bridge. I had always assumed that it had been commissioned for that spot, as it seems to belong. You will often see people stopping to admire the Bike Boy and have their photo made with the small cyclist.
Posted by JBar at 9:06 AM

We are very lucky to have Mayor Hays, thanks Jbar.