Thanks go out to Chris Wilbourn, NLR Chief Engineer and Traffic Director, along with Chief-of-Staff Danny Bradley, the NLR Traffic Department, and Alderman Charlie Hight for their help in reclaiming a little pavement for riders along Riverfront Road near the Broadway Bridge.
There are no villains in this story, but we will need to continue to work together and be alert to encroachments along the trail.

Chris shared these photos of the new realignment: 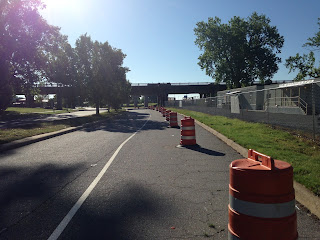 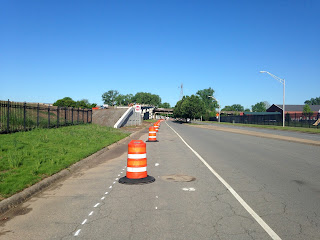 In addition to moving the barrels, the Traffic Department painted dashed lines on the pavement to indicate the proper alignment for Massman Construction crews when they are not actively working in the area. They also cleaned the area with blowers and will make a pass with a street sweeper when they are in the area.
This was done for the sake of rider safety, and is very much appreciated.

KEEP IN MIND: This is still a construction zone and we will lose the buffer from time to time as the bridge project progresses. Respect any barriers or warnings that may appear. It is for your safety and the safety of the workers.

Chris related a story of a rider who recently ignored a barrier and rode though a wet stamped concrete crosswalk repair near Rockwater. That kind of action does not endear the cycling community to the folks to whom we go to for support.

On the subject of Rockwater.....

During an open house at Rockwater Marina last fall it was reported that the River Trail was blocked by parked cars at its intersection with Rockwater Blvd . Chris has discussed that situation with the Rockwater Marina principals and they will work to prevent that from happening at future events.


There will always be some minor conflicts when a wide range of activities take place on a shared resource like the Arkansas River Trail, but most people want to do the right thing.

Thanks again to the folks in the NLR city government, Massman Construction, and at Rockwater. The River Trail is a valuable resource that we can all enjoy through cooperation. 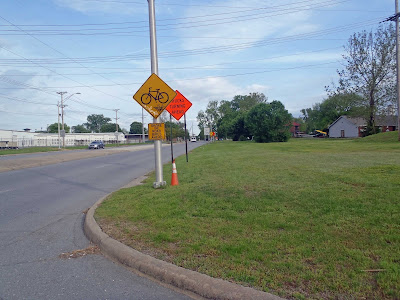 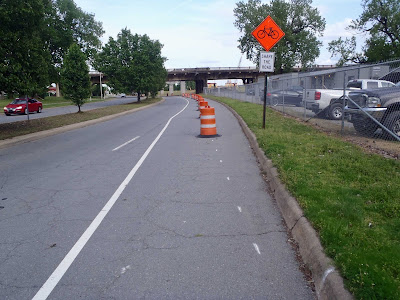 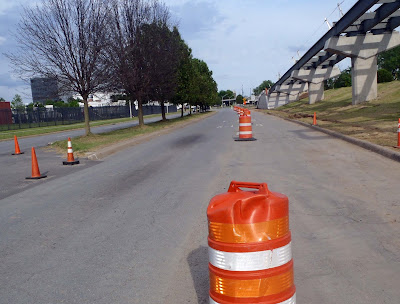 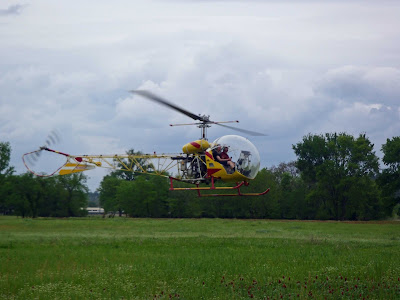 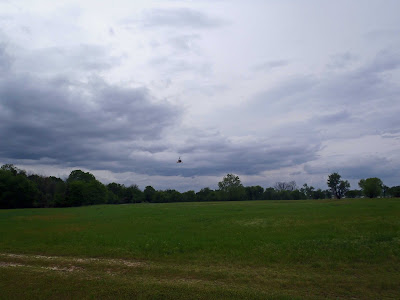 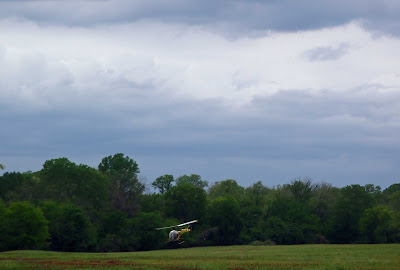 For most casual bike racing fans, the Tour de France is likely the only European pro cycling that is worth following, and even though it is one of the world's premier sporting events, enthusiasm among Americans is slight in the post-Lance era. With that, TV coverage of cycling in the USA has also waned.

Where the hard men reign
The Spring Classics are one day races that are deeply rooted in the history of competitive cycling. Remember, there was a time when bike racing was a huge spectator sport worldwide. From the roads of northern Europe to the track in Madison Square Gardens, cycling as as big as NASCAR in its heyday.
Where leading contenders in the Tour often go for days at a time sheltered by their team as they drone through the predictable pattern of breakaways, the catch, and then getting the hell out of the way for  a frenetic final kilometer or two by the sprinters' teams, there is no hiding in the classics.
Here is a link to the last 14k of last week's Tour of Flanders where Fabian Cancellara battles with world champion Peter Sagan to the finish. This is bike racing at its pure best.

Race your bike on this! Cobbles of Paris-Roubaix
They are races of survival and glory. They a built of cobblestones, mud, cow shit, and pain, and the most revered among them is Paris-Roubaix. Ask a Belgian bike racing fan (that could just say "ask a Belgian". This is a country with dozens of daily bike racing publications) what the most important races of the year are, and you'll likely hear "Paris-Roubaix and Tour of Flanders".

Remarkably, this will likely not appear in their programming guide, but NBC Sports will cover Paris-Roubaix this Sunday at 8:00AM. My Comcast guide shows Premier League Soccer at that time, with a 3-hour rebroadcast of Paris-Roubaix at 3:00PM.