I'll have to admit that until recently I had not really considered the thought of lighting on the Two Rivers Bridge. As a result, I was pleasantly surprised when reader Cliff Li sent me a link to some of his photos of the bridge at night. We have another nighttime landmark to complement the BDB. 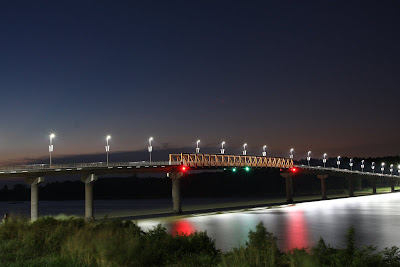 I normally produce my own material, for better or worse, but Cliff's photos are very good and I appreciate him sharing them with us. 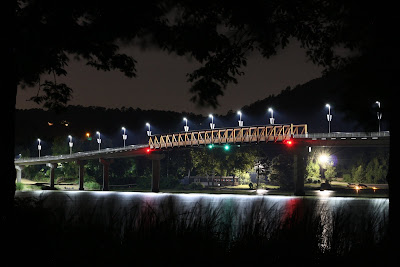 The days are getting noticeably shorter, so we'll be seeing the bridges after dark all too often soon, but this makes me want to get out for a moonlighter.
Thanks to Cliff Li for sharing his photos!
Posted by JBar at 9:13 PM