I received a text message on Saturday informing me that locally owned Competitive Cyclist, an international powerhouse retailer of high-end bikes and gear, had been sold to backcountry.com. I was shocked and somewhat in disbelief, but I quickly confirmed the information with a couple of sources close to the transaction. Successful start-ups seem to either buy companies to grow or they sell out and cash in on their success. It appeared that Competitive was taking the former route with their recent purchase of Merlin, but sometimes an offer just cannot be refused. 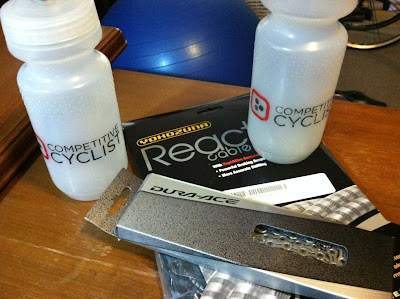 It won't be quite as convenient to run by and pick this stuff up while riding a River Trail loop, but we have a wealth of good local shops to support our needs.
The recent departure of long-time employee and video product review star Andy Clark to Speedgoat Bicycles raised a few eyebrows, but it did seem like an opportunity for the talented and capable Clark. edit:I'm told that Andy's departure was not related to the sale of the business, so I'll simply commend his timing.  My understanding is the some of the crew will make the move to one of  Backcounty's Utah locations and that some management staff will be contracted for a specific time to assist in the transition. The major move is set to take place on October 15. 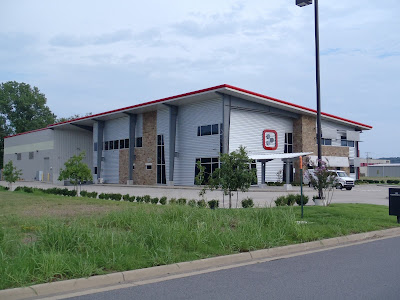 Competitive Cyclist moved out of their rented strip warehouse space and into this large, modern building just in time for the recession. After a few nervous months, the bike business got traction and CC resumed its aggressive growth. They have long outgrown the building. Empolyee parking fills bike racks indoors and car parking overflows into the street, except on this Sunday when only the cleaning crew was on hand.
Backcountry already had a retail cycling entity in the form of Realcyclist, in addition to its one-item outlets of Chainlove, Bonktown and others, so it is not clear how Competitive Cyclist will be integrated into the organization. It may be bias based on familiarity, but the Competitive Cyclist brand carries a lot of value in the high end of the cycling marketplace than RealCyclist or Backcountry, so I cannot envision the acquisition as a "competitor killer". While some folks will make the move, the loss of a relatively large number of cycling-related jobs will have an effect on many of our friends, and I wish everyone the best.
This is big news and I must  congratulate CC owners Brendan, Craig and Hap on what looks to be the home run sale of a very successful going concern to a Top 100 retailer.
There will be plenty of discussion about this in coming weeks within the bike industry and within our community .
Posted by JBar at 4:28 PM

Was 2010 really off the hook?
Was early 2011 really continuation of stratospheric?
http://tinyurl.com/3j5ogo2

boohoo! this makes me very sad. will miss those CC boys and girls.