Last Sunday night's BDB Full Moon walk was a success by any standard. The cloud cover broke in time for a spectacular moon to rise into view and members of the community came out in force to enjoy the mild, breezy evening. The number of walkers was estimated at about 800. 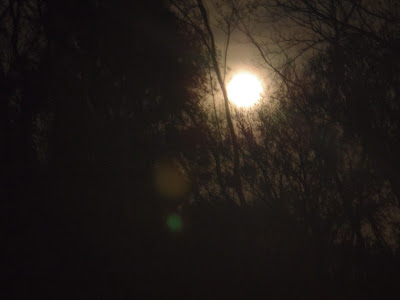 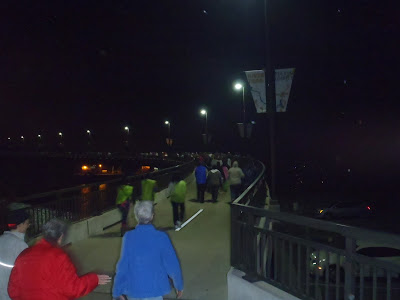 Crowds had gathered on both ends of the bridge. After fitness instructors led a little warm-up and cheerleaders pumped up the walkers, the sauntering began in earnest. 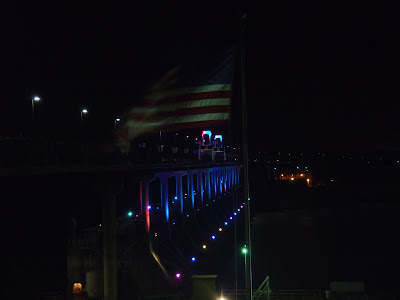 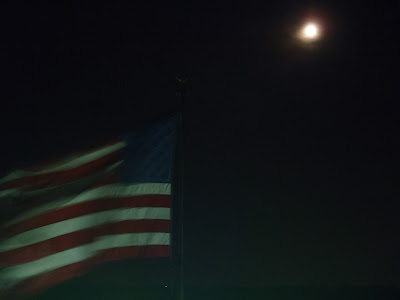 Some thin cloud cover remained, but it only enhanced the beauty of night on the river. 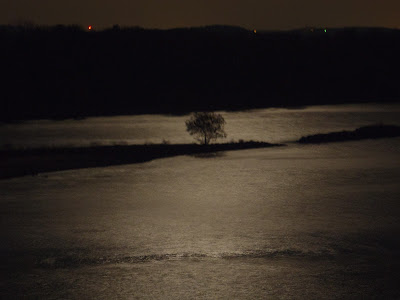 Moonlight over water creates some remarkable scenes. We're blessed to live in a city that is wrapped in such natural beauty.
Though there were many familiar faces﻿ of regular bridge users in the crowd, I think the mission of getting infrequent visitors out to appreciate the BDB and River Trail was accomplished. On the North Little Rock side, Ken Gould served as MC and he was joined by BDB supporter Peggy Munsey in handing out glow sticks and goody bags to walkers. There to welcome the participants, the City of North Little Rock was represented by Aldermen Charlie Hight, an avid cyclist and trail supporter, Beth White and Debi Ross. I make it a point to never complain about crowds on the trail and the bridge, as the larger and more diverse the user group becomes, the more support we can attract from local governments. At Tuesday night's Pulaski County Quorum Court meeting, Tea Partiers showed up to protest long overdue raises for county employees and county expenditures on Two Rivers Park and the trail system. In the face of current political winds, it is important the we give positive feedback to officials on their support of quality-of-life projects like the Big Dam Bridge, Two Rivers Bridge, and the entire River Trail system. I'm all for limiting spending, but the only way that landmarks like these can be built is through the investment of tax dollars. I believe that Central Arkansas is better for these improvements, and that in the future they will remain as benchmarks of our time. Give a large measure of credit to Judge Buddy Villines and to NLR's Mayor Pat Hays.
Posted by JBar at 11:21 AM