New Hound In The House 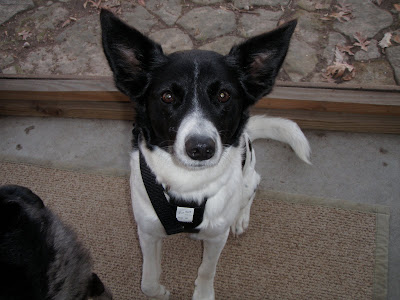 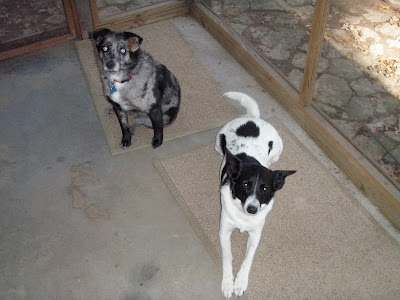 Diane and I lost her 16 year-old Josie dog a few months back, leaving us with one dog in the house. We changed that Saturday when we adopted a young male dog who is now called Willie. He had been found with a broken leg, dropped off at the house of the woman who ended up fostering him through the Maumelle Animal Shelter. He was listed as a Border Collie, but other than the fact that he's black and white and medium sized, he bears only a passing resemblence. He does have some kind of working dog genes and he seems to be a sweet, smart boy. He's pictured above in portrait view and with Zuli.
Nothing to do with bikes, but an important change for the household! Zuli started off liking him, but is now showing some signs of jealousy as she realizes he's staying. They'll work it out and she needs some dog company.
Posted by JBar at 7:58 PM

Congratulations! I'm so excited for you guys! I hope your new addition fits in well.