City Of LR Bike-Ped Initiatives: Get Up! Get Down. Get Back Up Again! Well, Maybe Not.

The City of Little Rock Board of Directors passed a Complete Streets ordinance on April 21 and that is a long overdue positive step. Thanks to those directors like Lance Hines, who moved to table the bill a few months ago, then went about the business of getting some feedback and studying the measure before casting his "for" vote. Director Erma Hendrix made a few apparently irrelevant  objections before casting the lone vote against the measure. Ms. Hendrix has an unusual and inexplicable condition that seems to make her blurt out the word, "NO", each time she hears the word "bicycle" in any context.
Complete Streets, as passed, will not impede development and will be unlikely to spark any visible immediate changes. It will compel the City to give consideration to the needs of pedestrians, cyclists, and people seeking access to public transportation as development proceeds. Over time, transportation options can help get us out of our cars and into a safer, friendlier and healthier lifestyle while making Little Rock a more attractive place to live.

Riverfront Drive: Get down, then get back up again!! Then, right back to where we started. 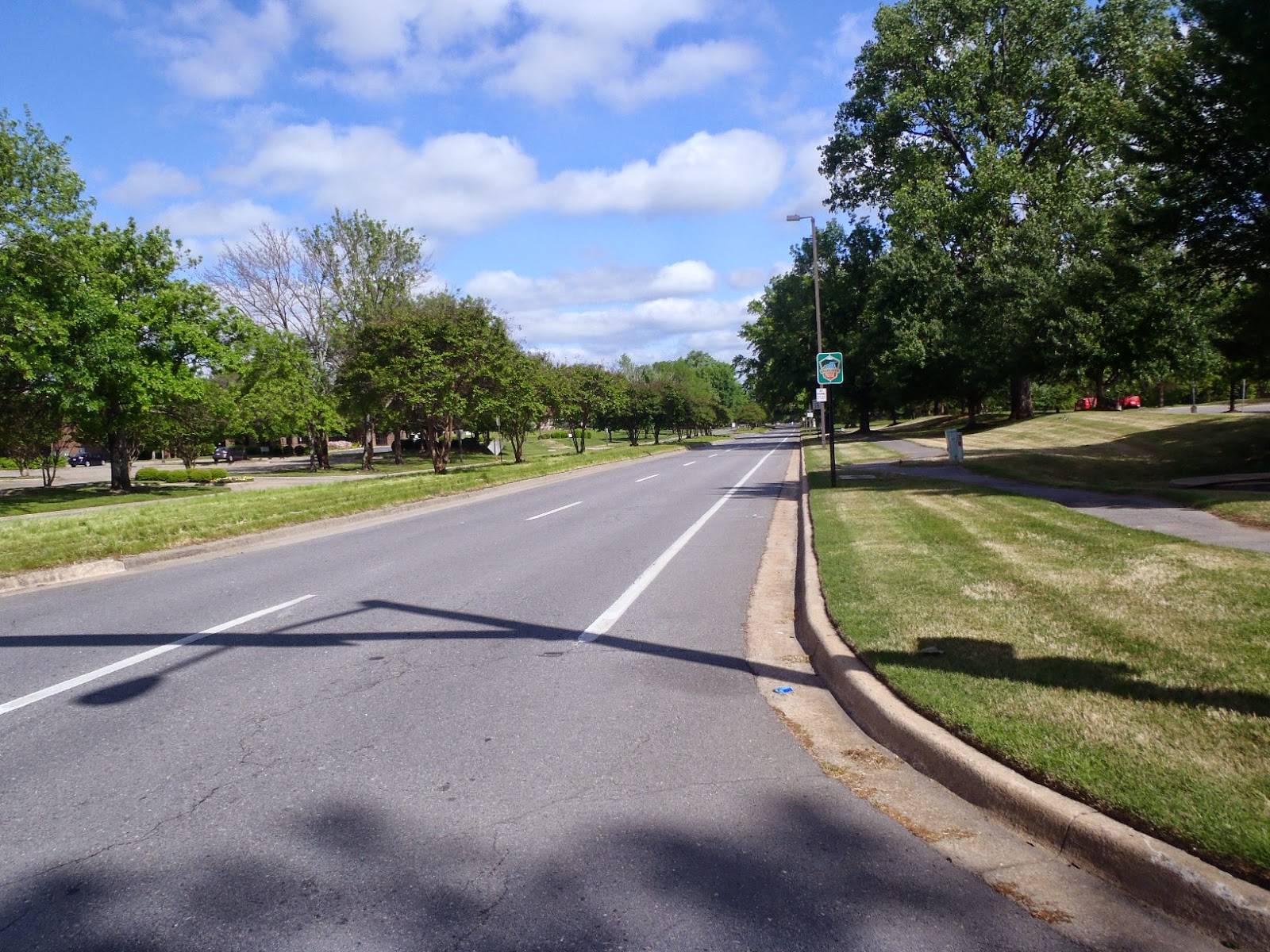 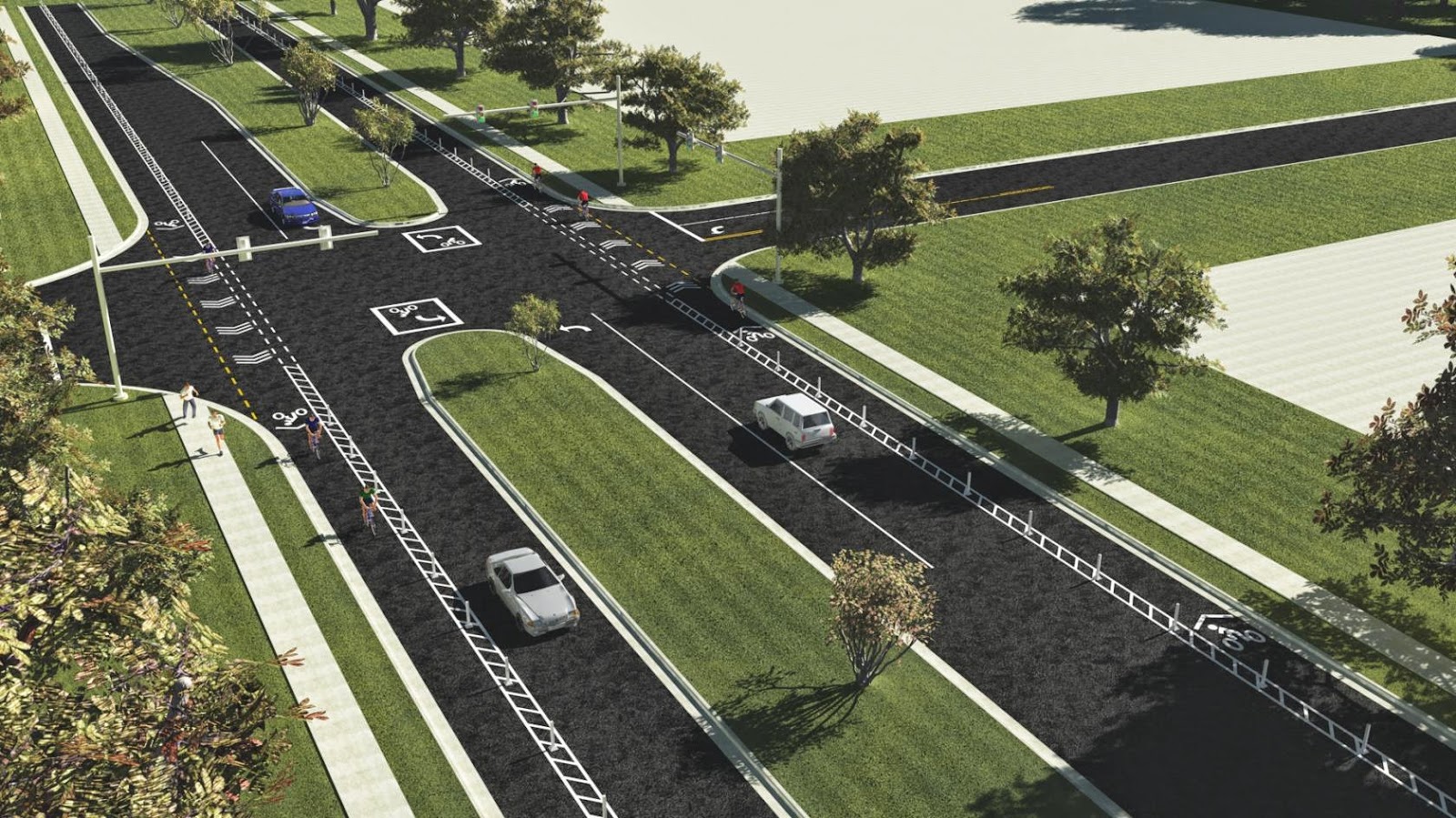 offices of directors, the mayor and the city manager. By Tuesday, it was suggested that the city move forward with a grant application and City Manager Bruce Moore agreed.
My friend and fellow quasi-journalist  Joe Jacobs ( Joe does sell ads, so he may be much closer to 'real' status)did a great job of defining the situation and rallying the troops through ArkansasOutside. His article was picked up and given some support by Max Brantley of the Arkansas Times.

More Powerful Voices Call City Hall
By Friday, the City had backtracked yet again, announcing that a grant application would be made, but for a plan that is supposed to improve the way for walkers, runners, and cyclists without reduce the traffic lanes.
I don't really have a strong objection to such a plan, but it will be much more expensive, serve no additional valid purpose that the original plan did not, and do nothing to slow traffic. Little Rock has long been driven by the powerful few, and  the word is that a few of those voices objected to slowing traffic in favor of pedestrian and cyclist safety.

The traffic-calming plan was championed for years by Ed Levy, former chairman of the Little Rock Bike Friendly Committee, and had gotten new life through the efforts Bike-Ped Coordinator Jeremy Lewno and others within city staff. I will admit that when first I heard Ed propose it, my support was lukewarm. It had little support from city staff and I thought the cost in political capital outweighed the value. I may or may not have been right at that point, but the time is ripe right now. Unfortunately, it seems that the wishes of a few people who want to drive fast for a very short distance to their gated enclave outweigh the value of good public policy.

It will be interesting to see the ultimate outcome.