NR means "no ride". I had planned on logging some road miles and spending several afternoons on the mountain bike during the course on my Christmas-to-New Year vacation, but you likely know how that panned out! Instead, I've taken a few walks, built a snowman, napped, read, and have managed to eat on a near continuous basis. Being stuck close to home with limited exercise opportunities and a large supply of holiday fare has not been good for me. Knowing that my ride partners were dealing with the same challenges does serve as a bit of a consolation--most of them will be as fat and slow as I am when we resume normal activities. 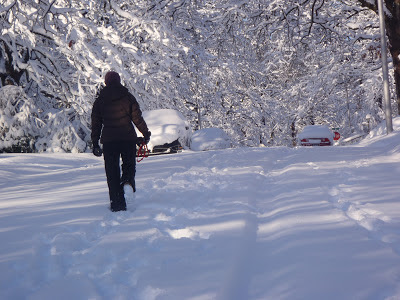 This is what our Skyline Drive neighborhood looked like on Wednesday morning. 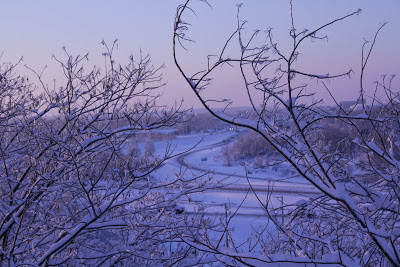 Normally, the I-30/I-40 junction is bumper-to-bumper on weekday morning. 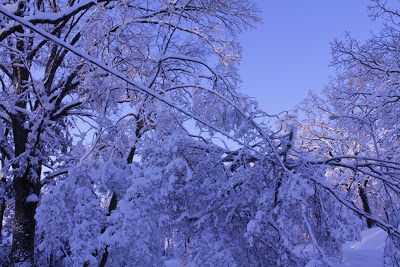 Many of our neighbors lost power for a couple of days as trees crashed down on power lines. My in-laws are still in the dark as of Friday morning.
After the initial assessing of local damage and gazing in wonder at what 10" of fluffy snow looks like when draped over our familiar world, it was time get down to some serious business. We built snowmen! It started as Diane tried to find a place to put the snow that she was removing from her Subaru and escalated from there. We wondered where the neighborhood kids were, as we seemed to have an exclusive on the fun. 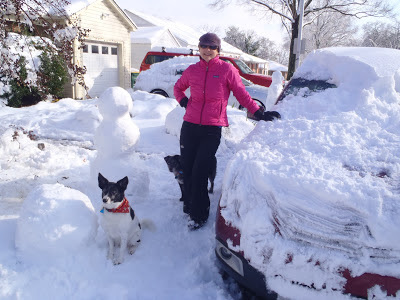 Diane went conventional with her snowmen. Willie and Zuli were just curious.
The is the MAN! The snow would not readily roll up, but I had other ideas, anyway, as this biped snow dude took shape.
Everyone wanted to be seen with this guy. Willie just likes to be in pictures. 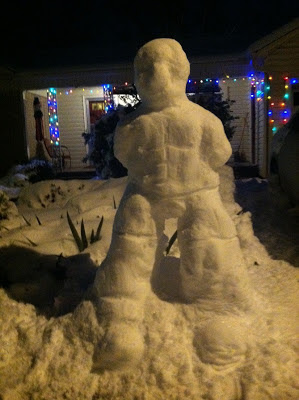 By Thursday night, this seemingly indomitable creature had started to do a slow limbo, an Icarus-like victim of the combined forces of sunshine and gravity. A steady rain assured his downfall and he is now but a humble lump in the iris bed. Gone, but not forgotten.