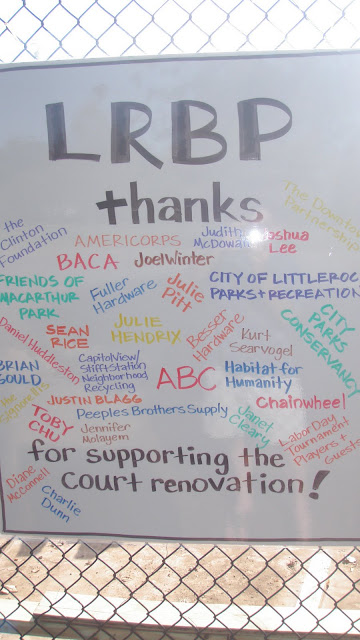 Renovations are underway at the Little Rock Bike Polo courts at MacArthur Park, thanks to LRBP, Americorps, Little Rock Parks and Recreation and many others. I'm glad to see it and hope that the polo scene continues to thrive. 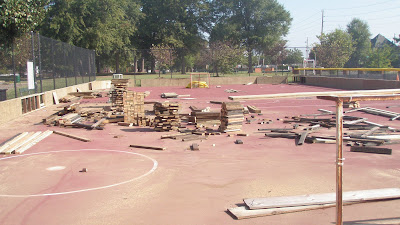 The materials are on site, but I'm sure that some more labor would come in handy! They will be working Saturday morning, 9/11, from 8AM until mid-day at least. Get your work gloves and help out if you have a mind to! Here's how the courts appeared Friday morning. To take a look at the swarm of volunteers doing their thing, follow this link if you have Facebook access:

Nothing New Under The Sun:

I assumed that bike polo was something new, but, as is often the case, I was wrong! 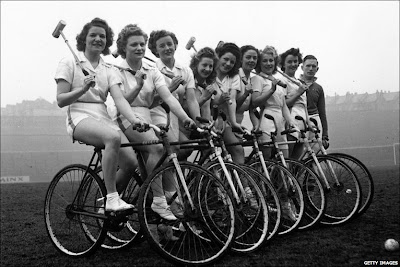 All of the post-WW II British hotties played polo! I think that this 1947 photo also represented the ratio of women to men in that era. 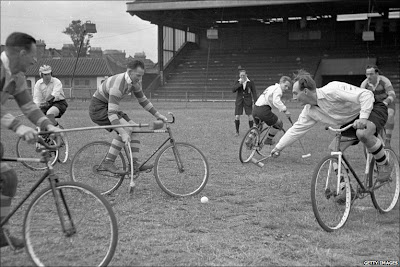 ..but most of the boys did come marching home! I guess that in 1948 they just didn't know that they should have wheel covers and a little ink! 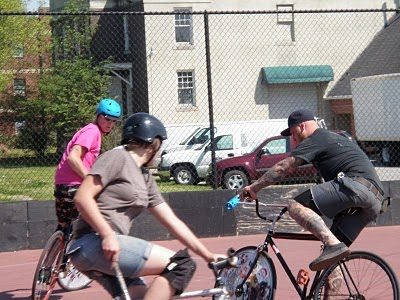 This is how LRBP rolls!
Thanks to Bryan Signorelli for giving me the heads up on the court renovation!
If you want to read more about bike polo's past glory, here's a link to the BBC article: