Along the Trail: Open and Closed Case

I'm a few days behind in posting this news, but I am currently dependent on a crack team of JBarCycling field agents to keep me informed of events on the ground. Sam Ledbetter advised late last week that the bypass necessitated by the construction of the BDB west ramp had been closed and that the rebuilt trail section had been opened. 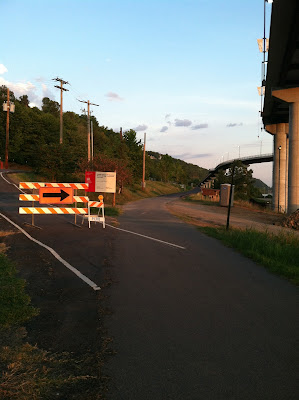 The bypass, now closed,  provided some entertainment in its early weeks as befuddle riders often stalled and dismounted or faced the sharp-turning descent with wide-eyed fear. 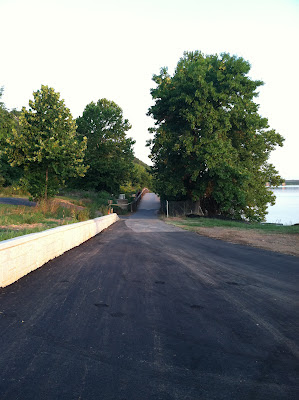 When the new ramp opens on August1, it will merge with the westbound trail here near the Jimerson Creek Bridge

Don't believe everything you read (unless you read it here!). 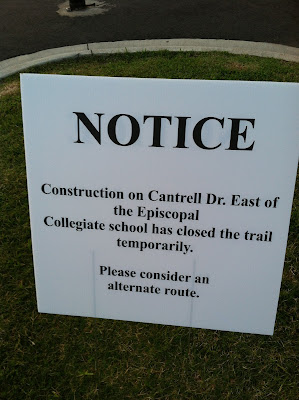 Sam noticed these signs posted near the BDB advising riders that the trail was closed near the Episcopal Collegiate School. At a recent meeting of the LR Bike Friendly Community Committee, a request for the signs was made to the  City of LR so that riders would have notice of the closure before heading downtown. Fortunately, by the time the signs went up, BACA had engaged the AHTD and the trail was re-opened to cyclists. This is a simple case of folks stumbling all over themselves in an effort to do the right thing, so don't read this as a complaint.

Thanks to Sam Ledbetter for the photos and the report.
Posted by JBar at 1:10 PM