Giving Back To The Cycling Community

Central Arkansas Velo, aka: CARVE, has had a significant presence in our area for a decade as a race team, an active cycling club, and as a medium for supporting cycling in general.  Over the past year, CARVE has reinvented itself with new leadership and  slightly restated mission. While still enjoying the sponsorship of the Chainwheel, there has been a broad effort to be inclusive of more riders, including those who ride for other entities on race days. 2011 marked a banner year for CARVE as they sponsored a string of successful events such as the Burns Park criterium series, capped by the Dr. Feelgood Star-Spangled Criterium in downtown Argenta, State Time Trial Championships, and many other competitive, training and recreational cycling activities. At the CARVE/ Chainwheel anniversary event, CARVE president Sid DeGarmo announced that CARVE would be donating a bike work station to the North Little Rock Parks Department, and then this week I got an e-mail from Sid advising me that the Fixit work station had been installed. Being the curious type, of course, I had to ride on down to check it out. 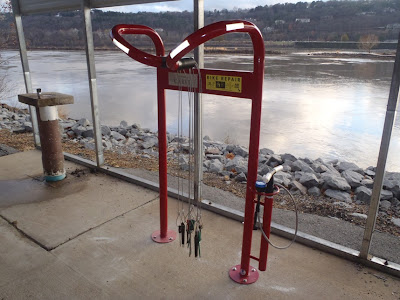 The work station is located at the pavilion near the north foot of the Big Dam Bridge and incorporates a work stand, pump, and a selection of common bike tools. 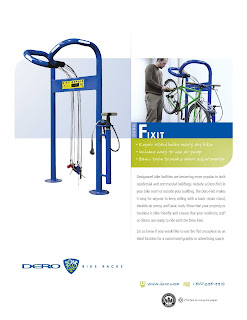 Just hook the nose of the saddle on the stand and get to work! 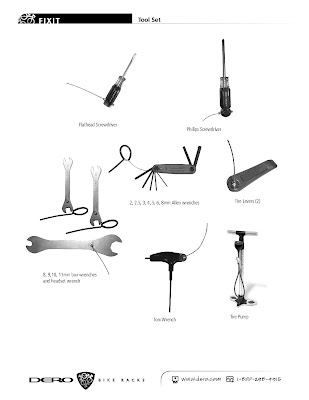 This is the tool selection on the Fixit. 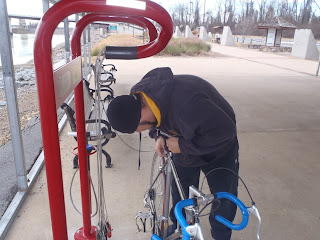 Much like a new bird feeder, the station immediately started drawing customers.
The CARVE kit can be seen on many, many riders in Central Arkansas, some active in the club or team, while many simply enjoy riding in the sharp pro-style kit. One result has been that CARVE has been unfairly portrayed in some circles as being an outfit of trail-racing outlaws. I'm not a CARVE member, but I'll say that my experience with the core CARVE riders has been that they are a conscientious bunch. You'll see small groups of CARVE jerseys on the River Trail as friends ride together, but CARVE club group rides head out of town east or west to avoid trail conflict and to take advantage of the open roads. My experience has been that those rides are typically more orderly and better disciplined than most, due in large part to the experience and regard to safety of the riders, which is not to say that they aren't sometimes fast and competitive.
Thanks to the entire CARVE membership for supporting the work station donation. With the club's effort here, along with their beginner rides, juniors program, mountain bike trail work days, and event support, CARVE is serving and representing our community well by actively promoting a variety of cycling activities.
Posted by JBar at 7:02 PM

Hey that's me! A big thank you to CARVE, the station y'all provides is very helpful. And JBay, it was a pleasure meeting you.

this is good post.
and you can go here