The CARPe Diem Mountain Bike Festival resumed Sunday morning near the ski lake pavilion at Burns Park. The weather was perfect, the scene along the Arkansas River Trail was beautiful, the crowds were friendly and vibe was everything that could have been hoped for. 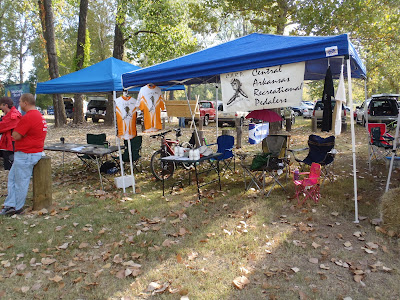 Namesake C.A.R.P. were ready to ride or lounge from here at HQ. 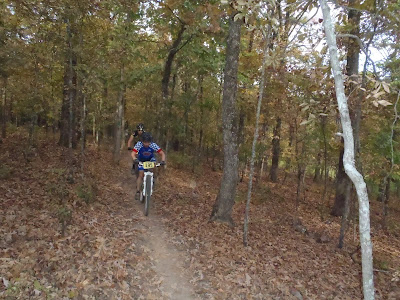 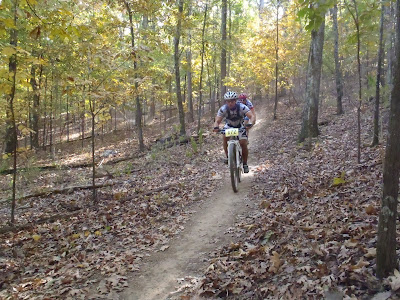 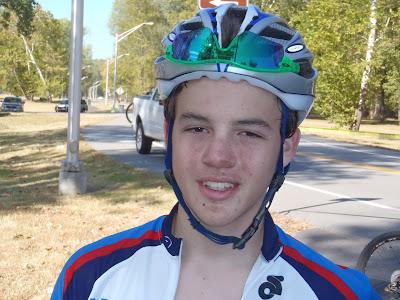 Things were a bit dusty out on the trail. Patrick Small shows off his dirt-Roubaix look. 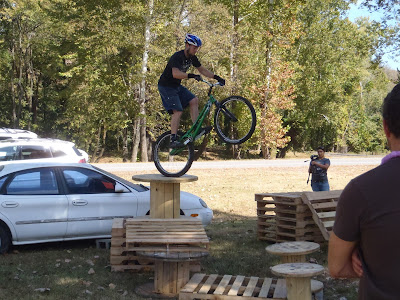 Eric was showing off some serious trials chops. 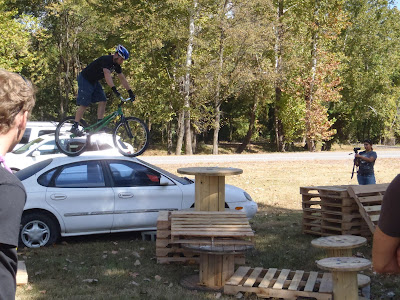 No worries. The car's a rental. 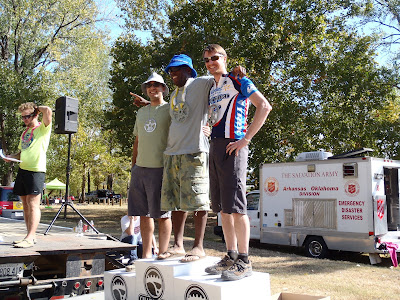 Chris Randle, showing the love from the top step of the podium. The chainring medallions were appropriately gaudy and there were plenty to go around for the various divisions. 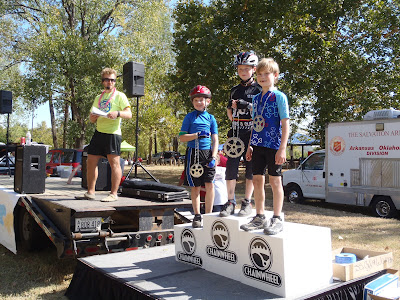 There were some real tough guys out on the trail! 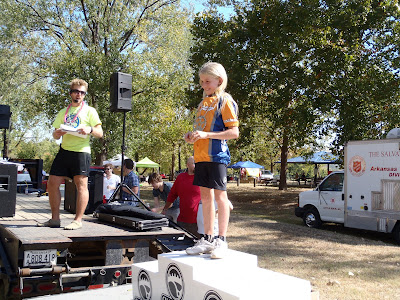 ....and not all of them were guys!
I'm not going to make any attempt at running down the results of the races, but if anybody has a link, send it to me and I'll get it posted. CARPe Diem was another in a string of really enjoyable bike events that have taken place recently here in our community. The serious racers raced seriously, while the not-so-serious racers and all of the rest of us just enjoyed being out on the bike among a bunch of like-minded folks, enjoying a beautiful fall day along the River Trail, and I'd speculate that very few of us were more than 20 minutes from home. This is what quality-of-life in Central Arkansas is all about.
PHOTO LINK: There is a link at the right of this page to all of my Sunday CARPe Diem photos. Feel free to copy any that you want for personal use. If anybody wants a full-size file of any of them, drop me a note and I'll be glad to share.
Posted by JBar at 5:53 PM