I got a call this morning from Cooper Kyhl, engineer, with Massman Construction. Massman is the contractor for the Broadway Bridge project and Cooper was asking for a little help and consideration from the cycling community. As has been reported here in previous posts, a portion of the Arkansas River Trail has been closed to pedestrian and bike traffic as Massman does preliminary work on the bridge. As the job site has become more active, the Massman folks are increasingly concerned about trail users who have been bypassing barriers and entering the construction zone.

I will confess to having ridden around a few barriers in my role as a quasi-journalist in my quest to provide readers with relevant and current information, some barriers are what I'll call "suggestive", while others clearly mean "keep out". 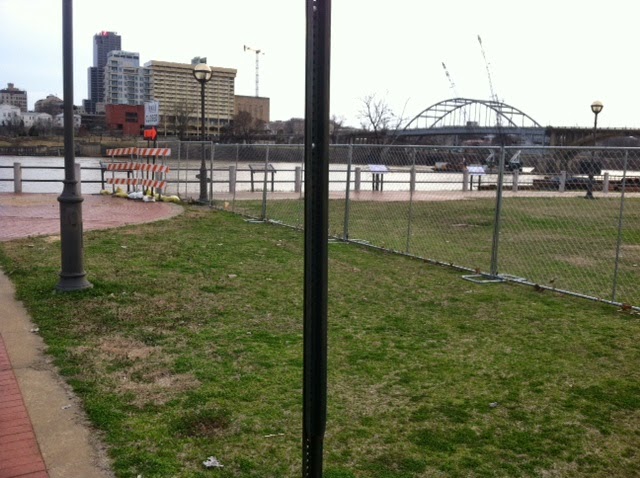 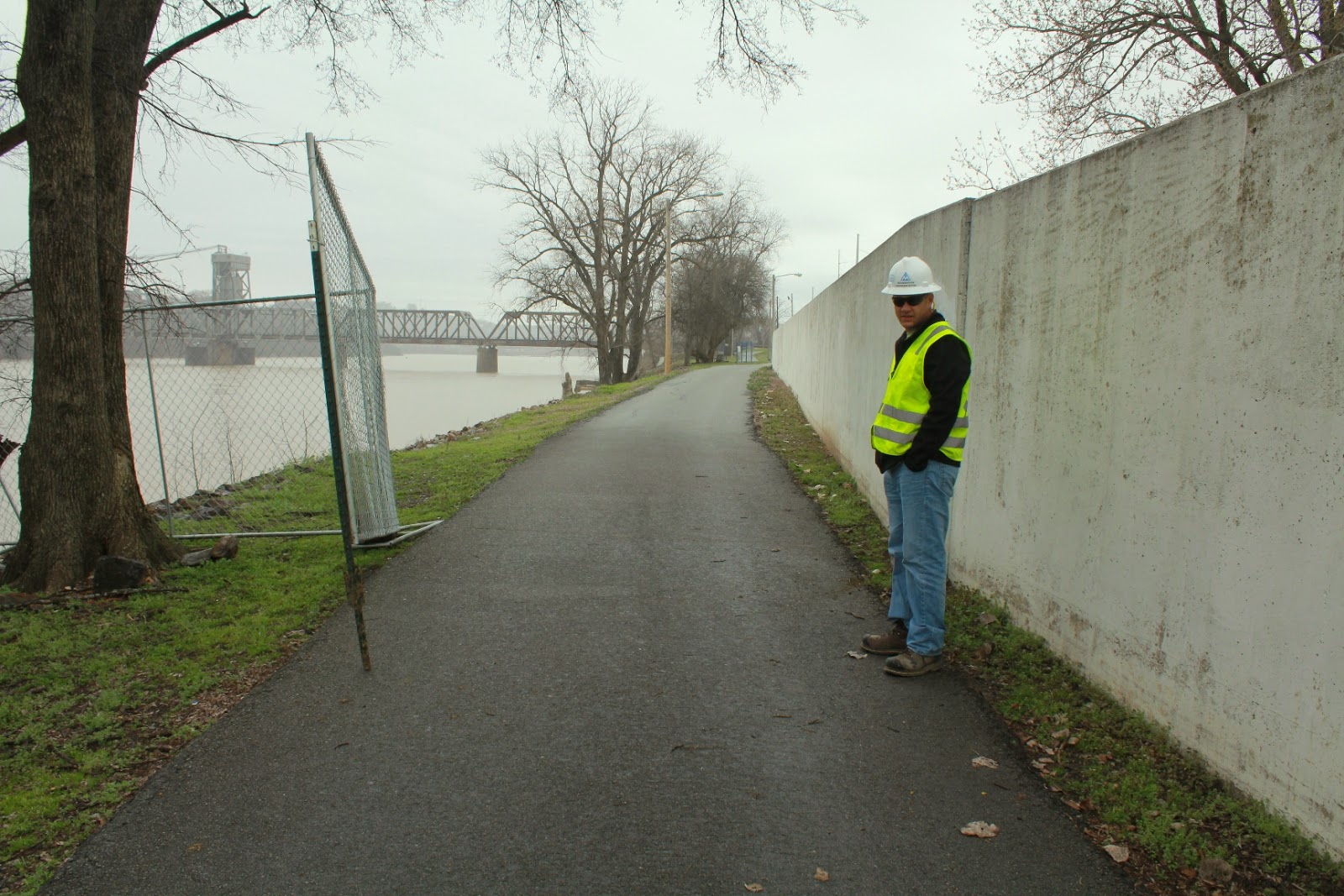 This closure also clearly says, "KEEP OUT", as well. Unfortunately, this fence has been repeatedly pulled up. It will be anchored more securely.

The east end of the construction zone is very secure; however, at the west end there was an easily bypassed barrier where the detour meets the trail, and then there is a chain link fence, shown above, that is more secure. While I doubt very seriously that recreational cyclists were pulling up the fence, curious riders who have bypassed the first barrier are obviously taking advantage of the open gate, as Khyl has observed them riding out through the construction gate near his job trailer. Since my visit to the job yesterday, the west end barriers have been made more secure.

Bottom Line: Massman understands that the detour in an inconvenience, but they are serious about safety on their project. Please respect that. The trail is impassable near the bridge, so riders are still forced on to Riverfront Drive. The area will become increasingly hazardous as time goes on, so we just need to get used to the detour.

On The Detour....
I contacted Chris Wilbourn, NLR Planning/Traffic Engineer (Director), regarding the lack of clearly visible signage along Riverfront Road advising drivers of the presence of cyclists. We had discussed the need for the signs in some previous conversations, and Chris responded quickly, working with the AHTD to get better signage. The Broadway Bridge replacement is a project of AHTD. 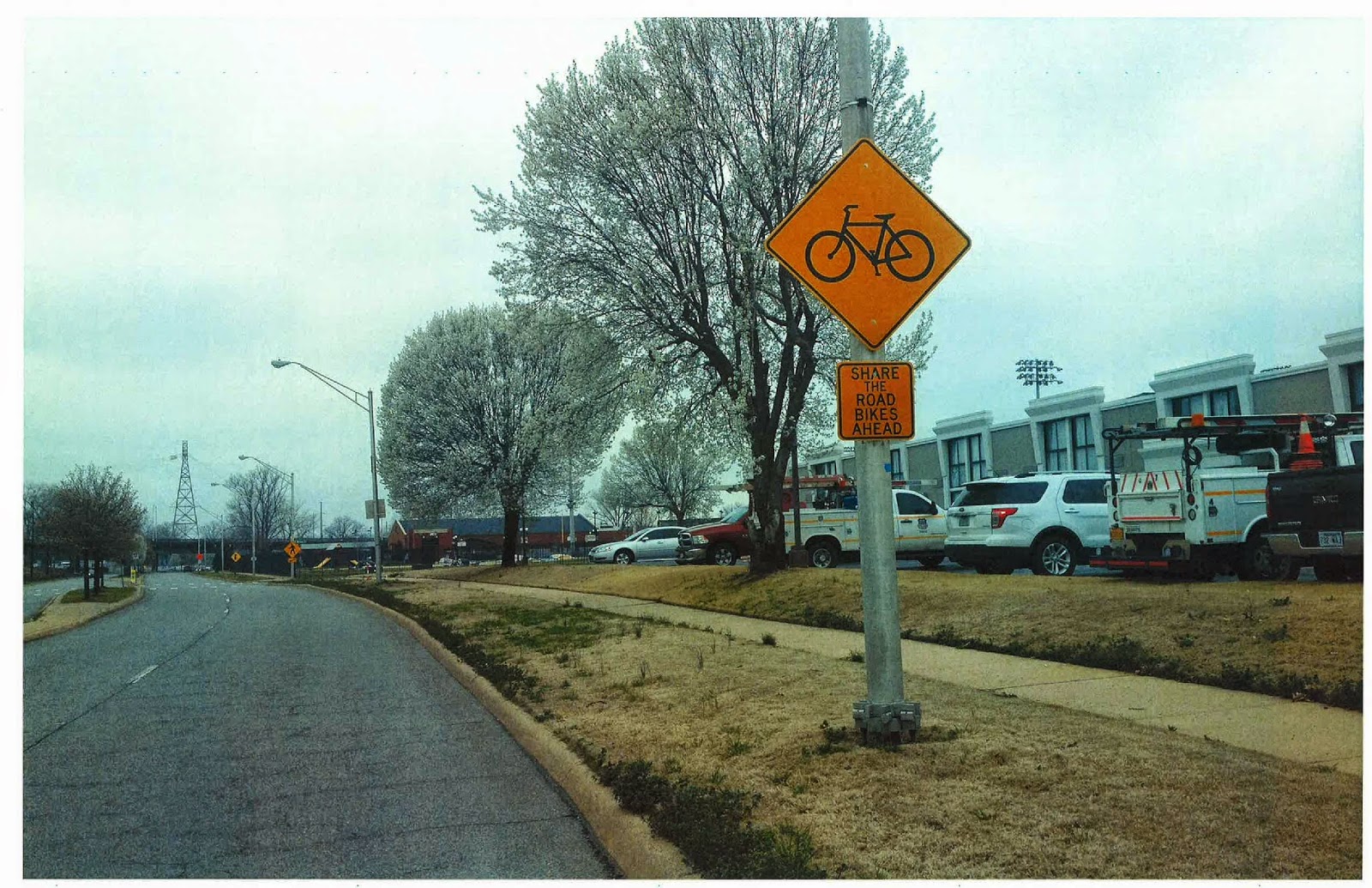 Additional signs along Riverfront Road. Signs like this have been added to the east and westbound lanes. 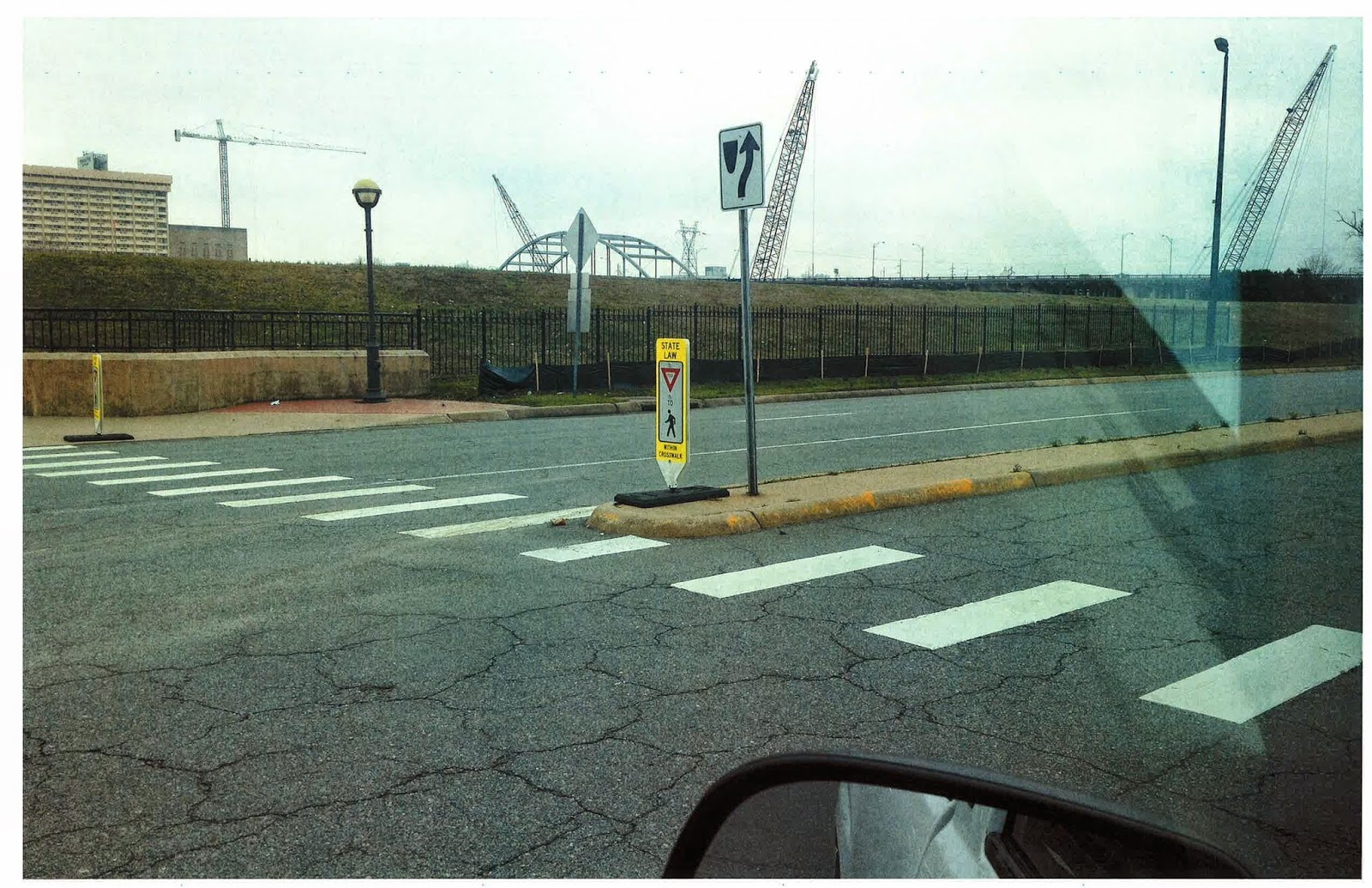 The crosswalk has been more clearly marked,

Thanks to Chris Wilbourn and the AHTD. Thanks, too, to NLR Alderman Debi Ross for her support. I had asked about the possibility of bike lanes on this stretch, and Chris indicated that temporary bike lanes are possible. There is no shoulder or even a white stripe between the traffic lanes and the curb.

Kyhl advised me that they were preparing to close a portion of the River Trail in Little Rock, as well. Things are going to be very sketchy for cyclists in the downtown area for the next couple of years. 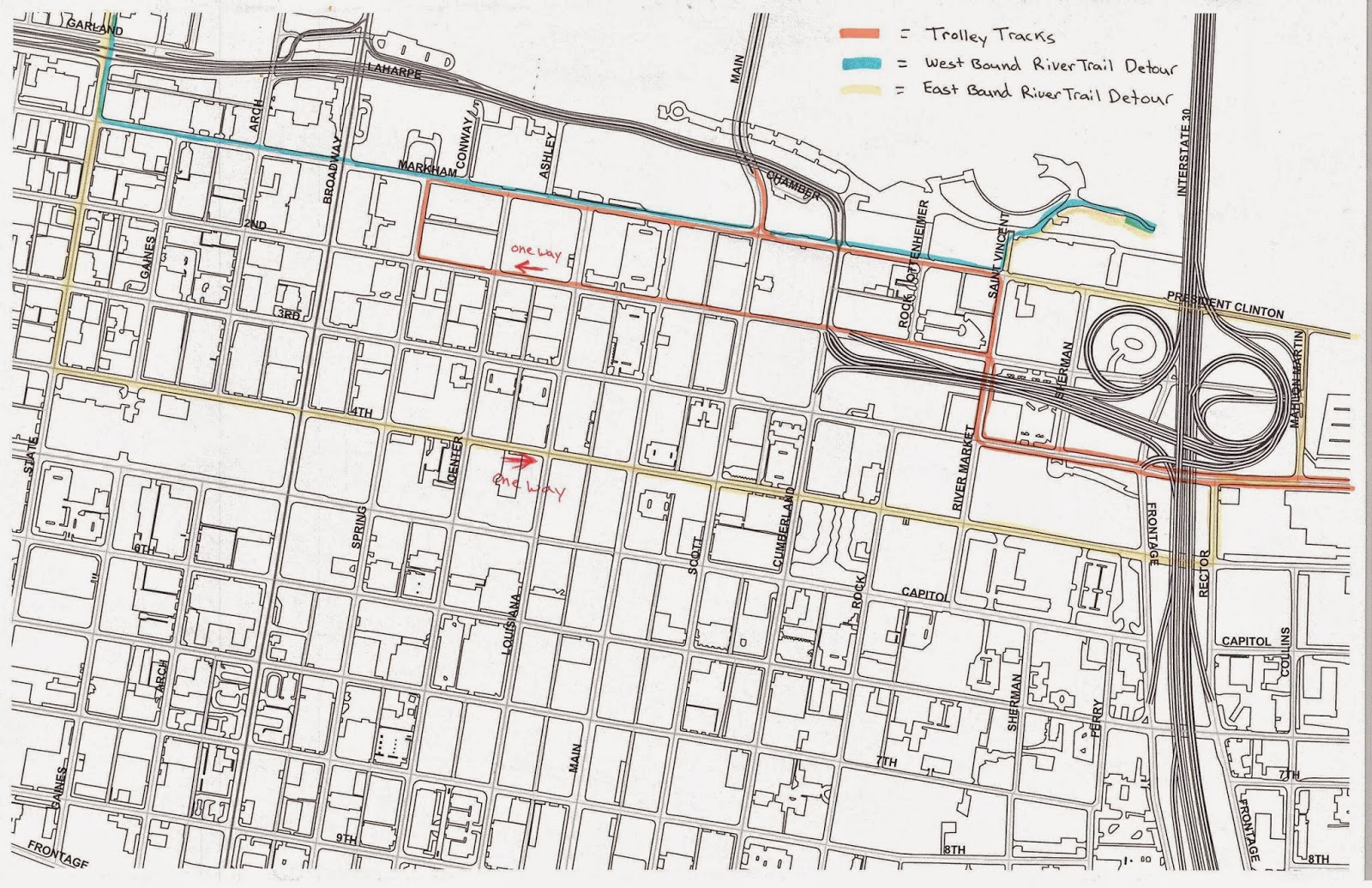 This is a preliminary map of the River Trail detour in downtown Little Rock.

I have been involved in many discussions and meetings on the subject of handling trail traffic in downtown Little Rock during the bridge project over the last couple of years. There was never a real consensus, likely because there are no really good alternatives. The map above shows westbound traffic using Clinton Blvd/Markham Street, while eastbound traffic is one way on 4th Street. Local cyclists will find their way, and visitors will likely be very confused.

We've all known this was coming, and the detours will be a hassle, but the present situation will just be a warm-up for the mayhem that will ensure when the Broadway Bridge is actually closed to traffic. Learn to be patient. Now, go ride your bike. The sun will shine....sometime.

I'm all for more signs down on Riverfront. While they are at it, can they send down the NLRPD to run a little radar on Riverfront? There's no way in hell folks are driving 30 down there. Riding last week, middle of the day, it was nuts. Cars were flying in the construction area. I can't imagine how bad it is for the after 5 crowd.