Out On The Road- Situational Awareness

From Wikipedia, the free encyclopedia:
Situation awareness is the perception of environmental elements with respect to time and/or space, the comprehension of their meaning, and the projection of their status after some variable has changed, such as time, or some other variable, such as a predetermined event. It is also a field of study concerned with perception of the environment critical to decision-makers in complex, dynamic areas from aviation, air traffic control, ship navigation, power plant operations, military command and control, and emergency services such as fire fighting and policing; to more ordinary but nevertheless complex tasks such as driving an automobile or riding a bicycle.

OK, the definition above is accurate, though it took a while. Here's a shorter version:
"knowing what is going on so you can figure out what to do" (Adam, 1983)

Situational awareness is vital when riding a bike, especially on the road. A rider needs to be aware of the position of other riders, automobile traffic, intersections of side roads, dogs coming off a porch, pot holes, the condition of his bike, and often even wind strength and direction or the position of the sun, among many other things.

Of course, I'm leading up to something; in this event, a moment of danger and fear brought on by an aggressive driver and a lack of situational awareness by another rider.
I was riding west on Pinnacle Valley Road on a slight uphill stretch before the hill near the Pinnacle Visitor Center. Up ahead, I noticed a couple of riders, one 50 yards or so in front of the other, descending the hill as an SUV decided to pass them. The lead rider was in the center of the lane, sitting up, coasting and drifting a bit, seemingly oblivious to the passing car, a Toyota FJ Cruiser. As a result the driver kept moving further in to my lane until he blew by me a what I'd guess to be 60-65 MPH and about 3 feet away. I was at the white line, ready to rake to the ditch. At that moment, I suspended the JBar E.R.P. (Expletive Reduction Program). 3-feet may be legally considered safe passing distance, but stand on the edge of the freeway and see how safe you feel as cars pass at highway speed. Ok, don't do that. It's very dangerous. 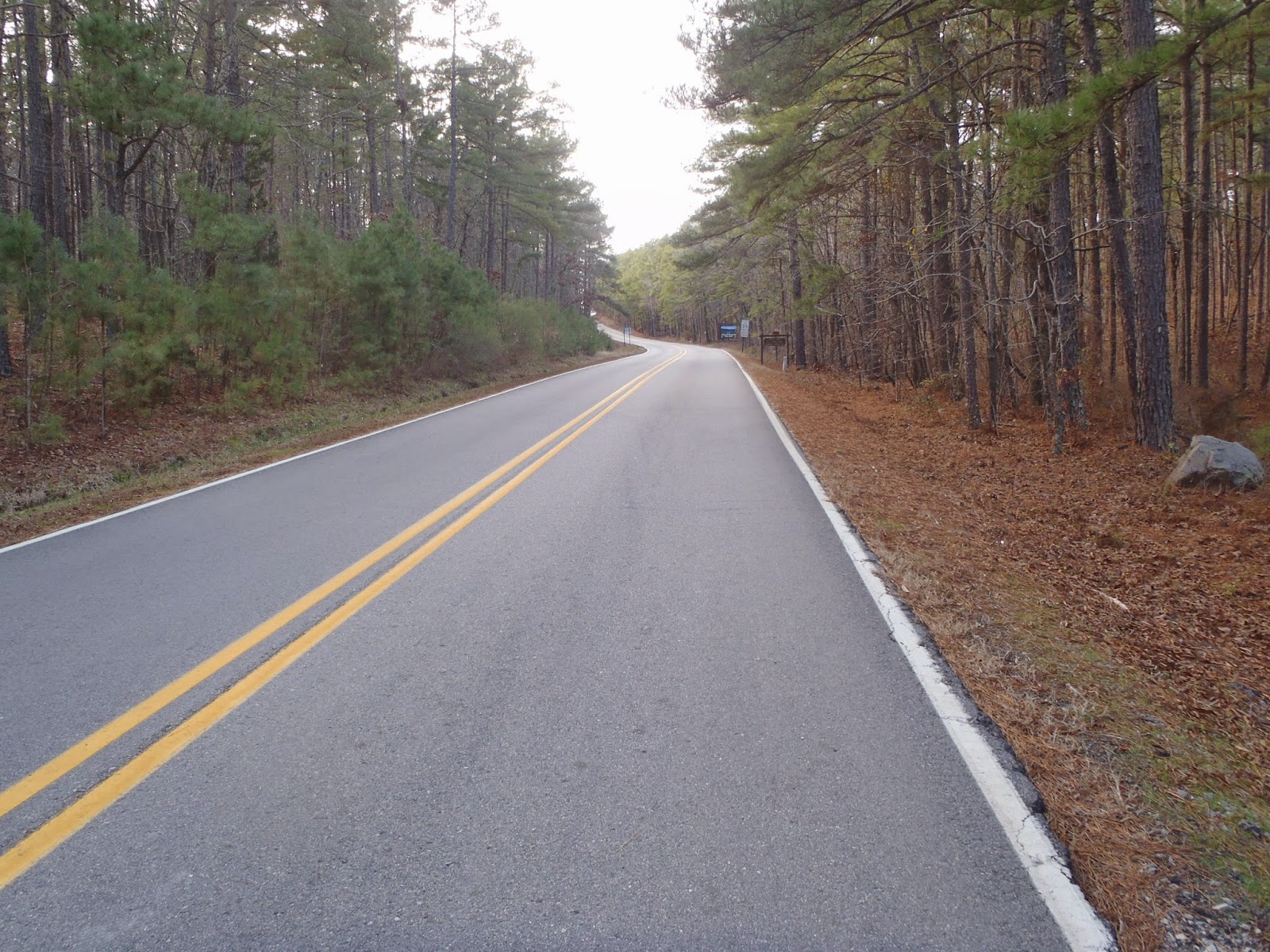 There is obviously not enough room for cars to pass among cyclists traveling in both directions on this road, but it happens every day on Pinnacle Valley Road. We can't make them drive better, but riders can help out by paying attention.

To the driver:
Was it really worth it to put us all at risk to pass those two riders in the face of oncoming traffic (that would be me!) in order to save a very few seconds? The speed limit is 35-MPH and the rider was likely going 25. And, in spite of the fact that you likely consider yourself to be a highly skilled driver of a finely tuned road machine, I consider you to be a dumbass in a truck. Please give me a little more room. I don't trust you.

To the cyclist:
You apparently don't ride on the road much. Especially this road, which is often crowded with bikes and cranky local drivers who don't like or respect cyclists. When some a-hole roars up behind you on a narrow road with no shoulder, it is considered expedient to move as far to the right as is practicable. It is also expedient to have looked far enough ahead to realize that an oncoming cyclist is approaching as the dumbass in the truck is passing you, and that you should do us all a favor by not taking the whole freakin' lane and holding your line.

Failing to exercise situational awareness on the bike can result in consequences ranging from an ill-advised pace line snot rocket to a catastrophic head-on with a speeding truck, none of which are good. Either of the above examples are likely to see you left out of the next group ride.

Same thing going down River Mtn rd.
but a lot faster. I thought I'd started out with black shorts on but I think they ended up brown............