Short Stuff- Heels On Wheels On Dirt, Gravel On The Road

When I pulled into Burns Park for my usual evening ride on Wednesday, I spotted Victoria Crumpton in the parking lot and noticed that I was being surrounded by women. They weren't carrying torches and pitchforks, so I figured I was safe for the moment. I was just encountering another adventure led by the very active women of Heels on Wheels. 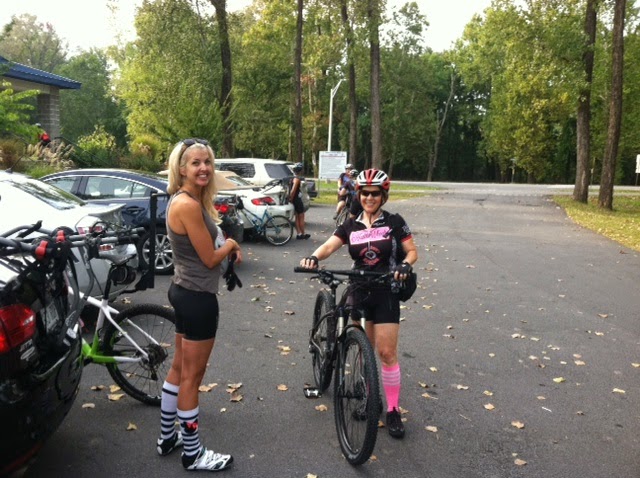 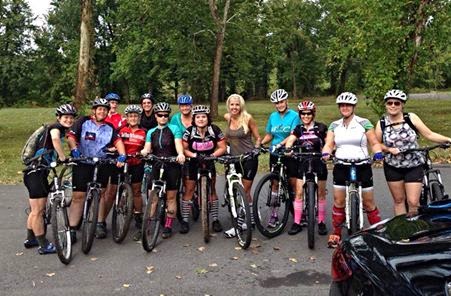 The gang's all here! 13 women enjoyed a beginners' MTB ride at Pfeifer Loop.
Photo respectfully lifted from Heels on Wheels Facebook page (link above)
Crumpton, along with Stacy Tierny, Missy Vail and others, has helped fuel the confidence and enthusiasm for riding among a growing group of female cyclists in Central Arkansas. In addition to beginner sessions, they have hit the road and trails for events like the BDB100 and numerous other events and races. With Willa Williams, they've held women's workshops on changing flats and the basics of bike mechanics and maintenance. I've found that for many women, the kind of supportive environment provided by other women takes a lot of the intimidation factor out of cycling. I can relate from my own efforts that us guys tend to speak a different language due to our manly mechanical experiences, and many women are soon lost in the minutiae of "gear-speak". That is not to imply a lack of capability, but just a different approach. I would say that many women are less interested in "how it works" and more interested in "how to work it".
Hopefully, I've managed to wade through that last paragraph without sounding like a sexist throwback. I'll let you know if the group greets me with the torches and pitchforks the next time I see them.
Beware Of Gravel- New Shoulders At Two Rivers Park
As I rode on to County Farm Road at Two Rivers Park Wednesday, I immediately noticed that the road was littered with gravel. It didn't take long to discover the source. Shoulders have been extended along the road near the community gardens. I'm not sure whether the work is considered to be complete or if it was intended to be ridden by the many cyclists who pass through. For now at least, the shoulders themselves are chip and seal with a layer of loose gravel, much of which has been scattered on onto the road. 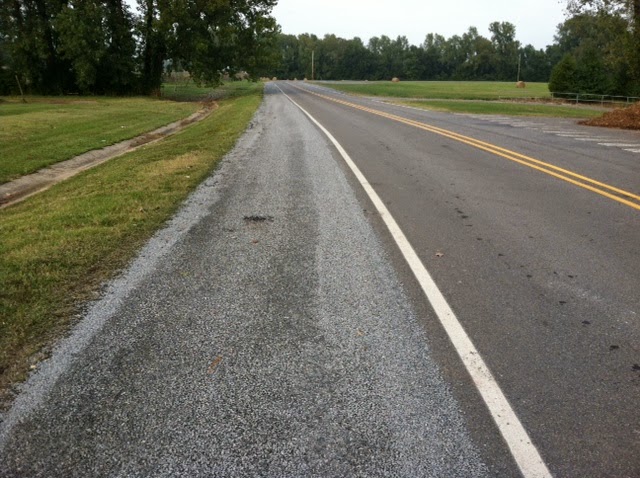 Don't duck off of the road on to these shoulders at any kind of speed!
It would be an improvement appreciated by cyclists and drivers alike if the shoulders are made safe for road bikes.
﻿
Posted by JBar at 2:28 PM