The ninth annual BDB100 went off last Saturday and, by all accounts, was an enormous success. The weather was absolutely perfect, the organization was good, and the Finish Fest was full of smiling faces. 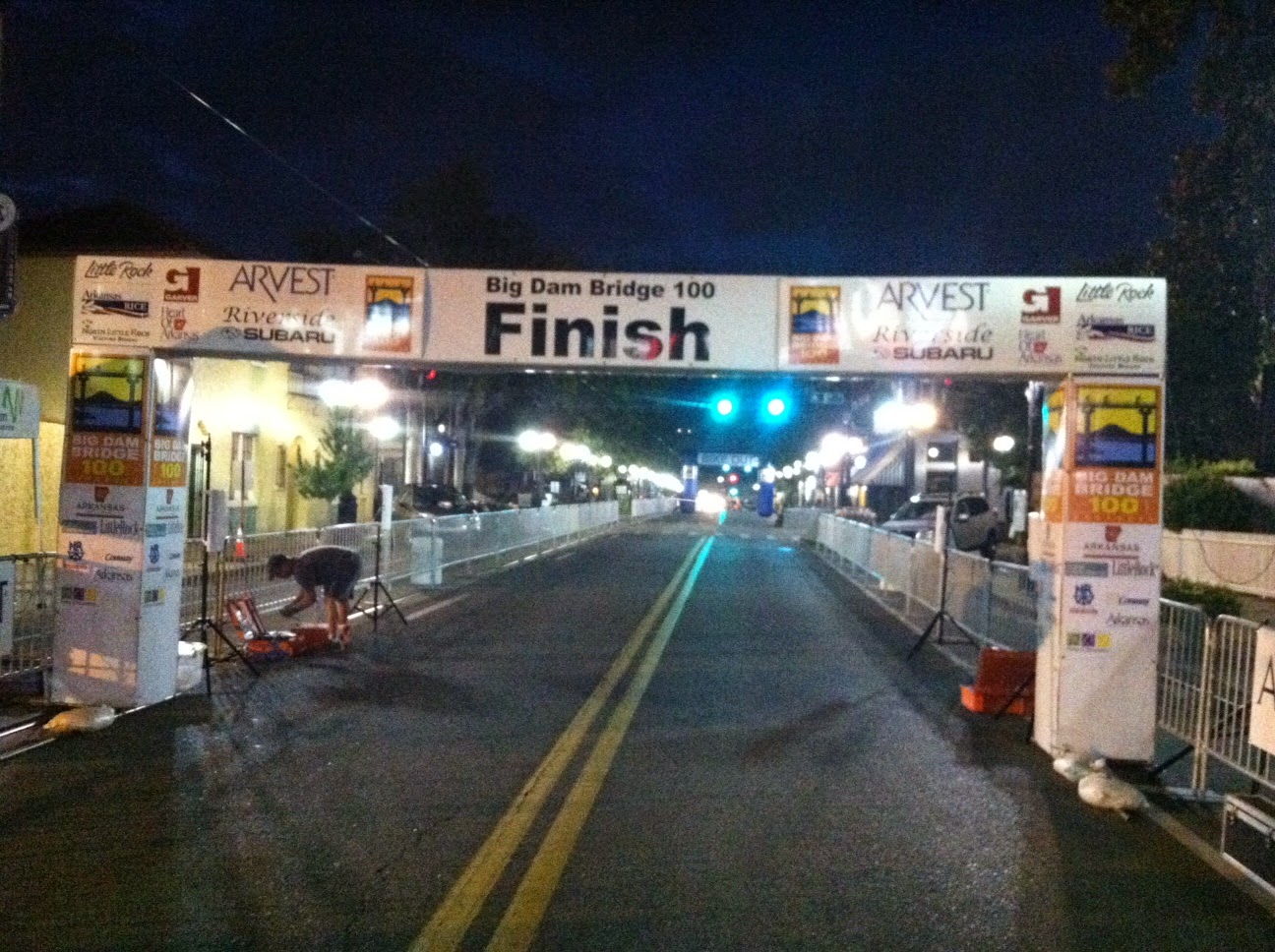 Preparations were underway well before dawn at the finish line.


My Admission: I Was Wrong

When I looked at this year's route, I predicted dire results. The long stretch on Highway 10 from Barrett Road to Williams Junction looked like a traffic control impossibility, as it is a heavily used state highway. Add rumble strips and heavily littered shoulders and I foresaw trouble. A ride of the 68-mile loop a couple of weeks ago did nothing to allay those concerns. On Saturday, however, the traffic control on Highway 10 was near-perfect, the ride along Lake Maumelle was gorgeous, and there was never a reason to deal with the rumble strips. My preride assessment was simply wrong. Job well done by the organizers.
I also thought that the addition of another daunting climb on the 100 mile course would result in slow times and a lot of SAGs as disappointed riders cracked under to task. I was wrong again. In comparing last year's route to this year's, there was only slightly more total climbing and much of the elevation gain came on the two major climbs, rather than on many smaller climbs as on the previous route. The fastest riders were as fast as ever, coming in at just over 4-hours, and I got many, many reports of groups coming in at under 4 1/2 hours. Several friends reported their best BDB100 times ever. I was initially not even going to ride, but was thankfully shamed by my peers into riding the 68 miler, so I can't give any first-hand reports on the total 100 mile experience. I will say that I thoroughly enjoyed the 68-miles. It was a typical distance for a Saturday morning ride and the massive packs, traffic control, and support made it seem easier than most.
I was wrong again. 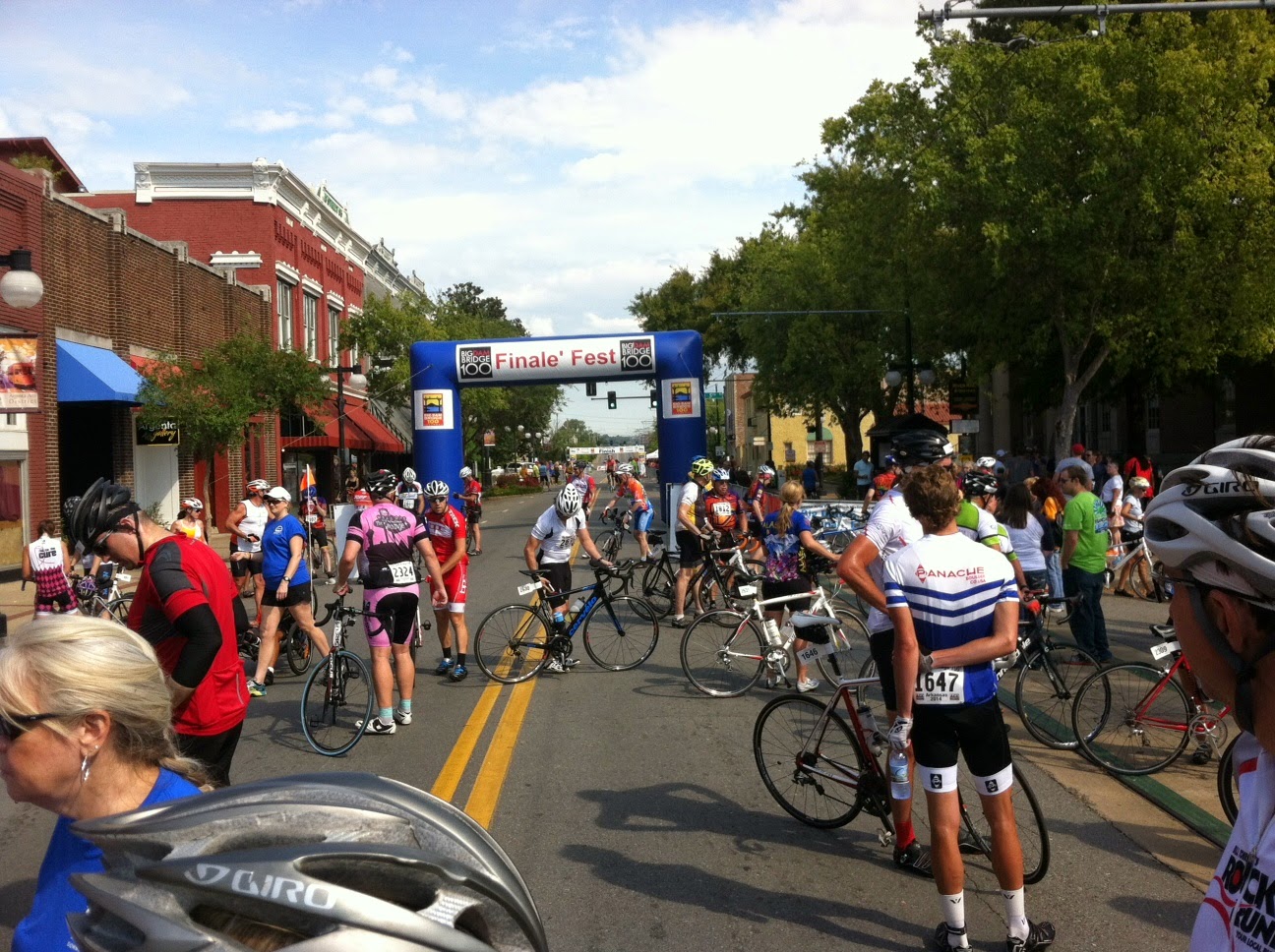 Things looked much different at the finish a few hours later. 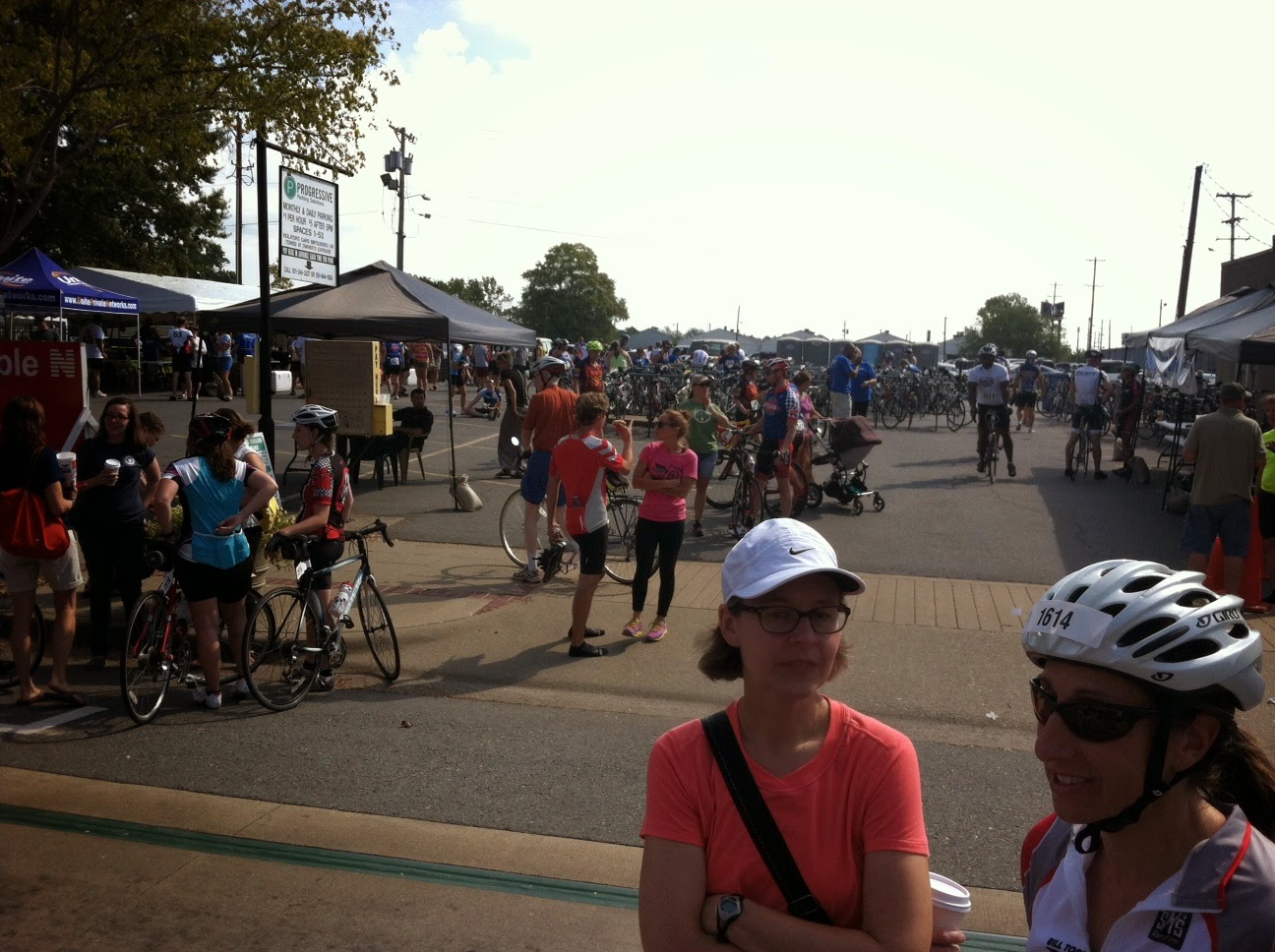 2900 riders, along with volunteers, family, and friends make for a good party.
Some concerns without a solution
When I was a management guy, I always appreciated it when I was brought not only a problem, but some ideas for resolution. That is something that I always try to do, rather than just laying the proverbial smoldering turd on someone else who likely has less knowledge about it than I do.  I say that to acknowledge that I'm presenting a problem without any solid ideas for a solution.
The most dangerous part of the BDB turned out to be the stretch from Roland Loop to the finish. At Roland Loop, fast packs of 68 and 100 mile riders joined meandering gaggles of 50-milers who were enjoying their day, often spread widely across the road, while chatting, weaving, and going 12 MPH. This is not a knock on those riders at all, but it creates danger for everyone when such disparate groups share the road. I would suggest that even the casual riders need to follow the rules of the road or, as my trail mantra says,"Be alert. Be polite. Stay Right.", especially in the midst of a couple of thousand hard-charging event riders.
One of our group was taken down as his wheel was clipped by a cyclist doing the old 'paper boy' weave on Pinnacle Valley Road. Both of them should have been more attentive. As the ride passed through Two Rivers Park, we began to encounter runners, dog walkers and the usual assortment of trail users, though signs had been posted since at least Thursday advising that the trail was closed for the event.
The most egregious encounter we had was with a couple of yahoos riding against the flow of BDB riders on the narrow, winding trail west of the new bridge at Burns Park. These goobers were going too fast as evidenced by the fact that one of them overcooked a curve and crossed the trail as he swung into the path of the dozens of BDB riders. If you are going to ignore the "trail closed" signs and ignore the fact that you are facing streams of oncoming cyclists, at least keep your shit together enough to control your bike and stay on the right side of the trail.
One anonymous rider managed to spew a stream of advice in what was described as a "good cussin".That led my adoption of the JBar E.R.P (Expletive Reduction Program) in which I am going to attempt to show a little more love and understanding to assholes who endanger me or my group out on the trail or road. I'll let you know how that goes.
Maybe I'll man up and go back for the century distance next year, but it was sure nice to be done at 68 miles while I was still enjoying the ride.
For this year's BDB100, our entire community deserves a "well done".
Go ride your bike.

Were there Trail Closed signs or just signs warning that a major event was going on and to exercise caution? When I rode the NLR side on Sunday I saw lots of Caution signs but nothing say Trail Closed. It wouldn't have mattered, especially at Two Rivers people would have ignored them.

You are most definitely rivaling the Bike Sob with this post. :) but those guys were true assholes.