Along The Trail: Malingering Spring

Spring in Arkansas and much of the rest of the country continues to be bludgeoned by a winter that simply does not want to go away. We Arkies are accustomed to seeing enough warm days in February to chase away the winter doldrums, followed by a March that includes enough warm weather to encourage gardeners to plant too soon, make Buffalo River float trippers forget that the water is still frigid, and drag even the most chill averse riders out onto the road.
Instead, we've had a March that felt like February and an early April hasn't really even felt like much of a March. 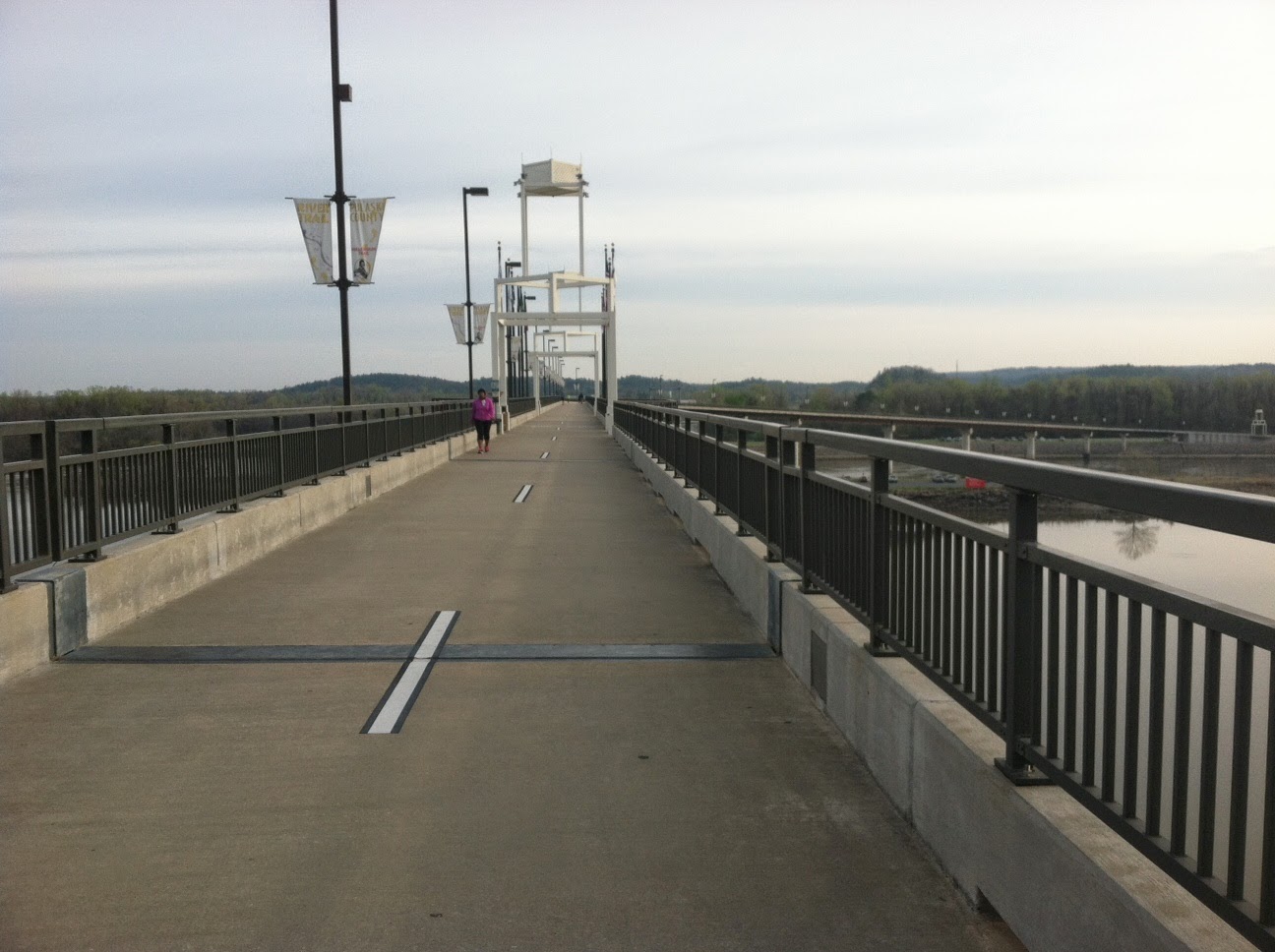 This is not the usual April Saturday morning scene on the Big Dam Bridge. There was a little sun shining through, but the temperature along the river was in the high 30's.

This is not to say that we have been bereft of all signs of spring. While many trees and flowers are coming on later than usual, a few recent warmish days have brought out the blooms and buds like a load of gravel out of a dump truck; that is, all at once! A jacket might still be in order, but our home state is as beautiful as ever. Though the flowers and leaves are visible, insects, tan lines, and group rides have been held at bay.

I joined a couple of my riding partners for a Saturday morning ride weekend-before-last. Being an astute user of the available tools of 1) weather forecasts, 2) a thermometer, and, 3) a clock, I had lobbied unsuccessfully for a late start. The forecast told me that a high of 67 degrees was on tap, my thermometer told me that it was still too friggin' cold as I rode out at dawn over wet pavement, and my clock told me that I had all day to wait for a warm up.
Being a sport, I showed up on time and only whined for the first couple of hours. Heavy rains the night before assured that the pavement was wet and that there was still plenty of water standing or running across the trails and roads. That is the usual recipe for a filthy bike, as everything that is flung up off of the road sticks, but the flooding rains of the night before had added a little meat to the road grime stew along County Farm Road near Two Rivers Park. The road was littered with drowned night crawlers. 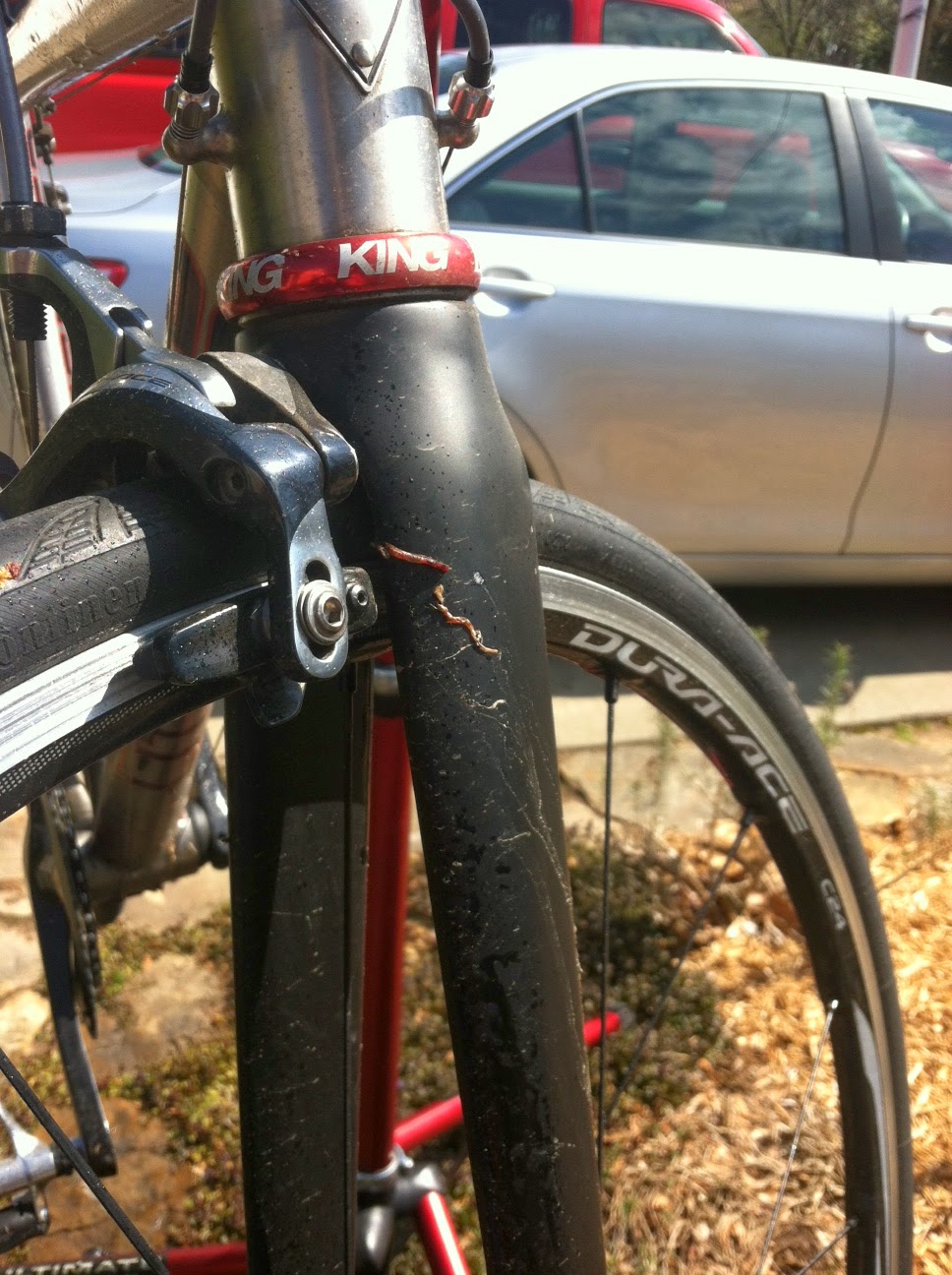 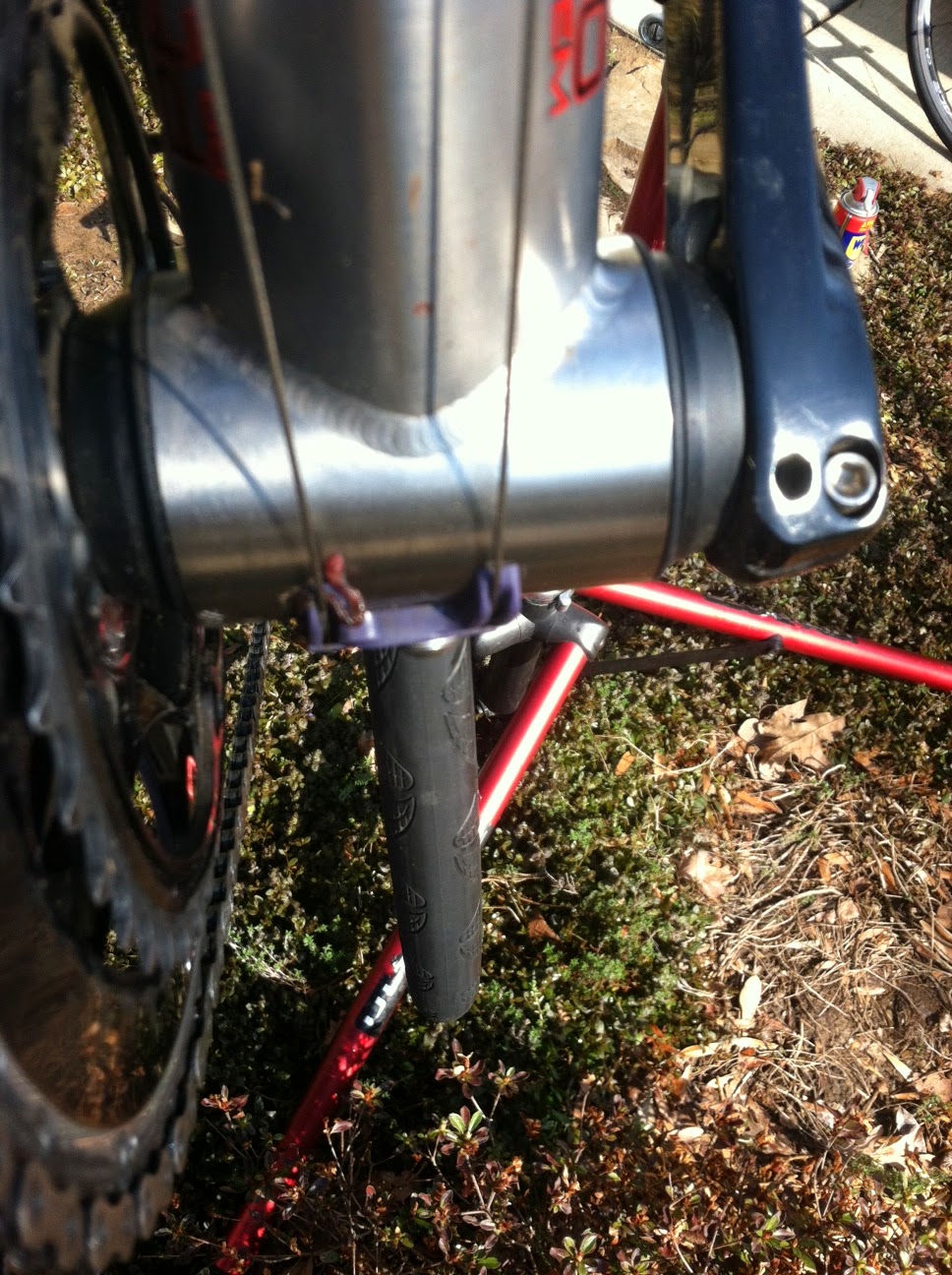 When I got home and started to clean my filthy bike, I discovered that it was festooned with organic streamers. I had worms dangling from cables, worms on the fork, and worms pasted on brakes. By this time, they had dried sufficiently so that the usual hose and brush approach was ineffective. I found that scraping with a soft plastic tool was required.

The River Trail is not Venice Beach, but....

Venice Beach, CA, is well known as a showplace for weirdness. While our homegrown promenade, the Arkansas River Trail around the Big Dam Bridge and the Two Rivers Park Bridge, has yet to build a wide reputation for whacky characters as are found at Venice or the Key West, FL, pier, we are coming into our own. 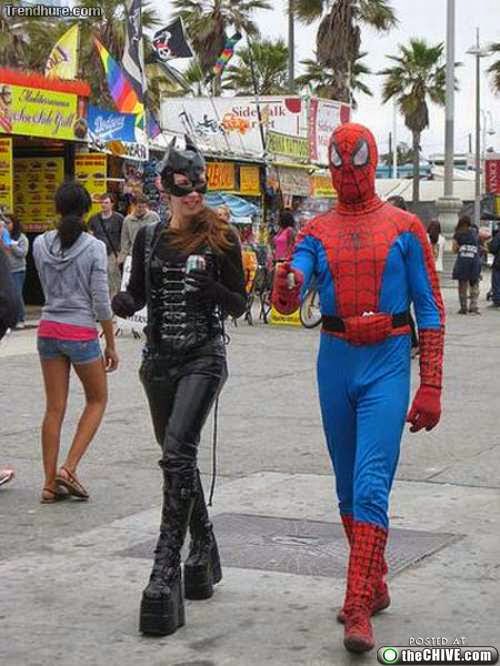 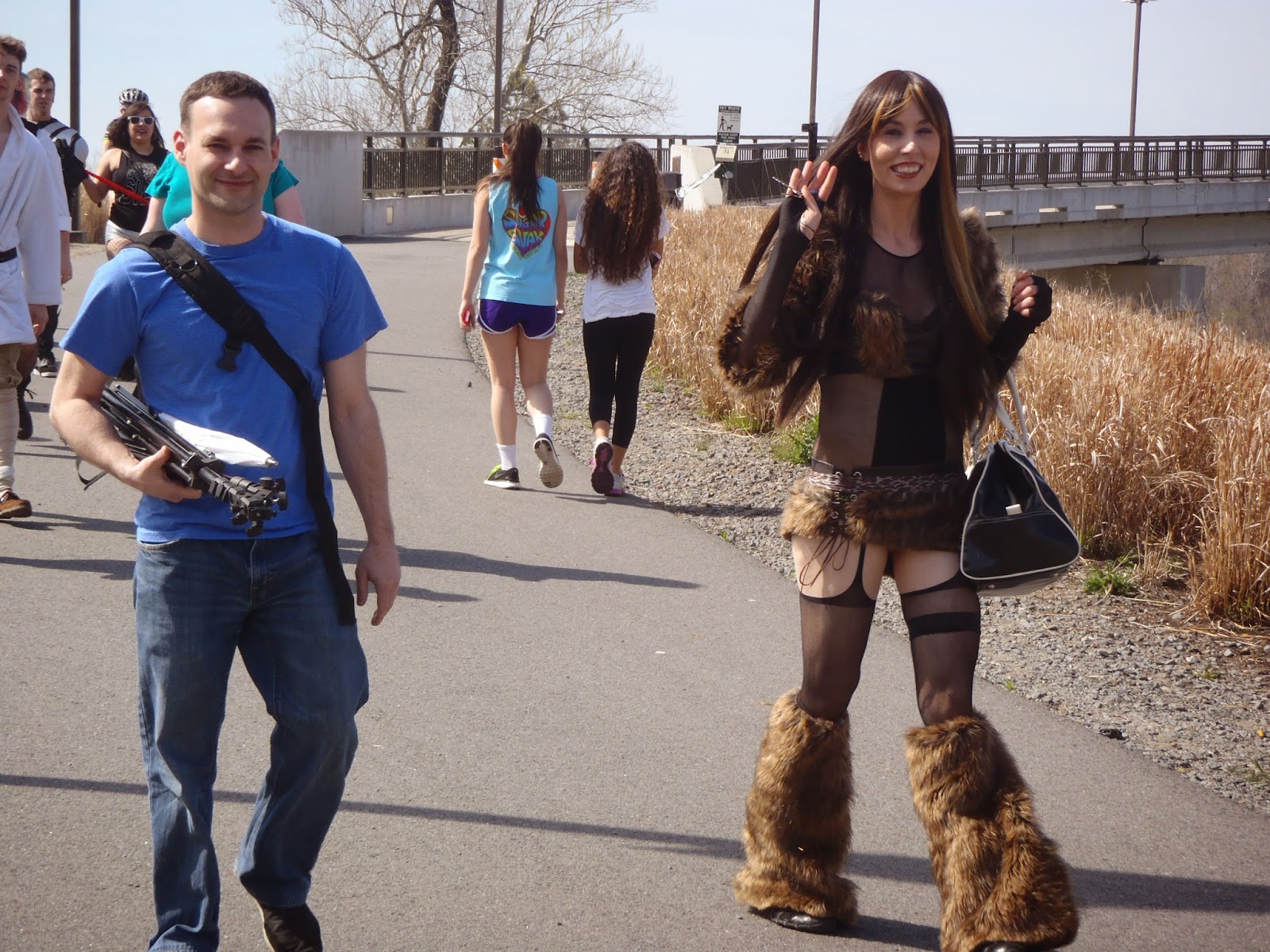 ..what it is ain't exactly clear.*

* For what it's worth, my apologies to Buffalo Springfield. 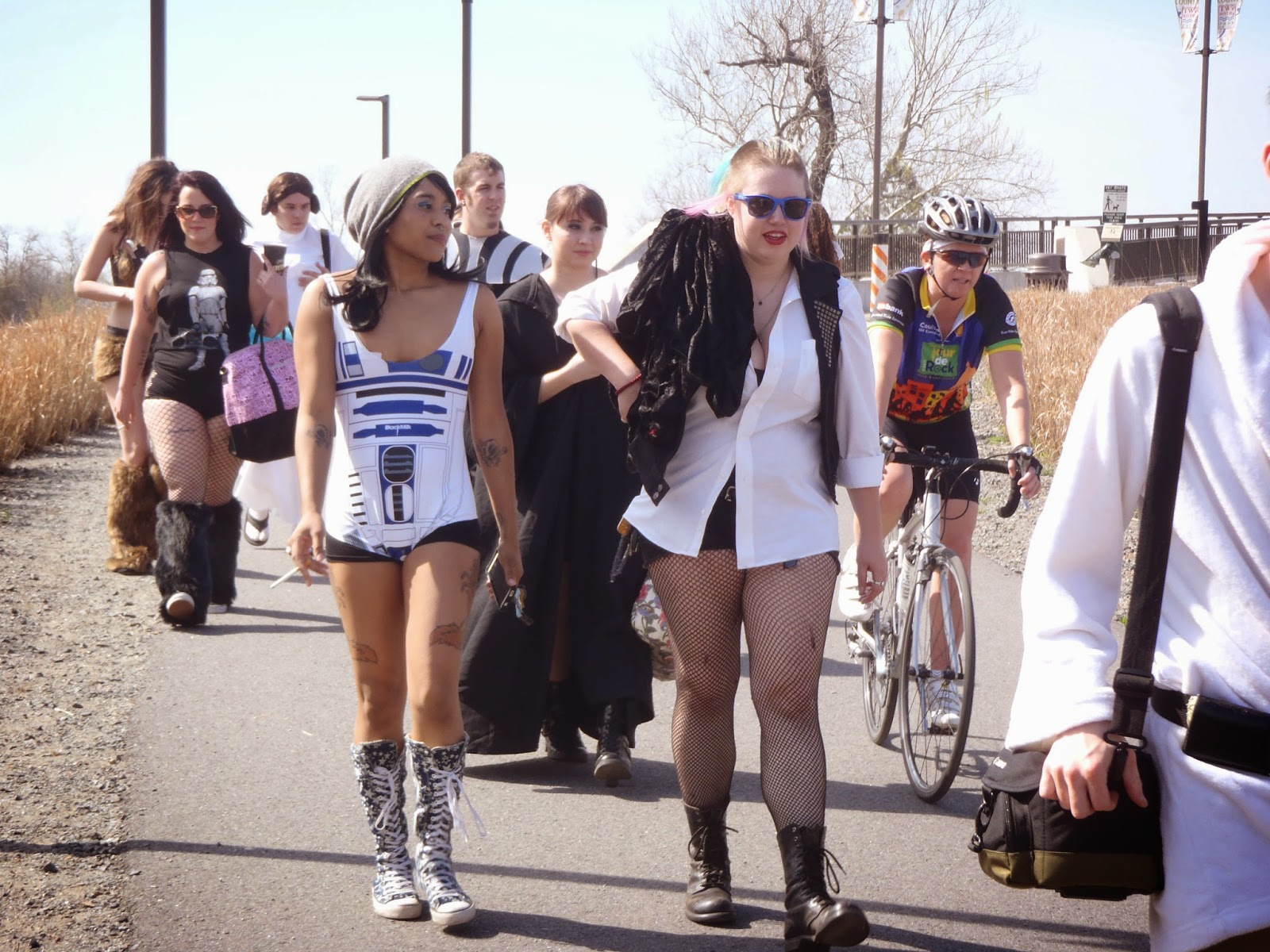 Star Wars burlesque review??
The weather for the next few days looks seasonably warm, promising an explosion of trail users, buffalo gnats, and pale hairy legs. Saddle up, enjoy, and be patient.
Posted by JBar at 9:01 AM