Congratulations to Scott, Sid, Sean and all the other CARVE guys who worked to put together the July 4 Star Spangled Classic crit races.
The action started with the Cat 5 men's race, won in glorious fashion by Charlie Alton Roberts. 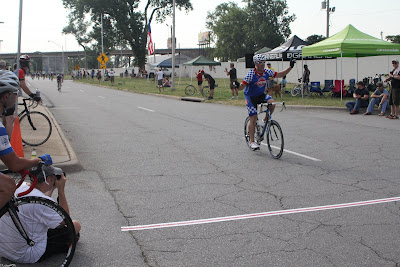 The illustrious Charlie Alton Roberts crosses the finish line well-ahead of the pack. 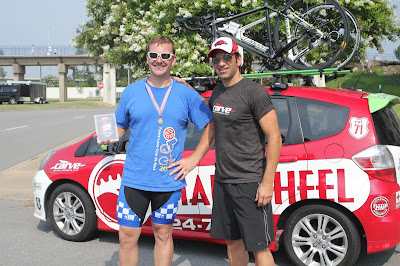 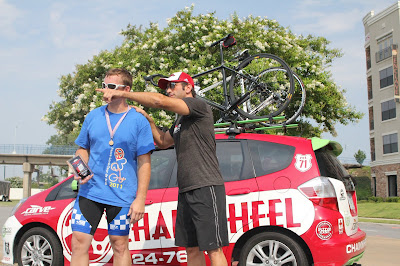 Michael showing Charlie where he should be after receiving his award..... 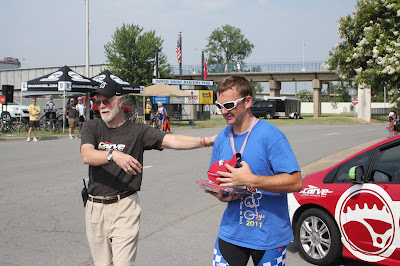 ..and, finally, Charlie Alton Roberts is escorted from the winner's circle by the alert security personnel.
Charlie Alton Roberts has noted a lack of coverage in this space of his recent dominance of the "C" group crits. I can only hope that this enhanced reporting has made things right between Charlie and me. Insert smiley-winky face here.
I've got to give my friend Charlie credit to go along with this ration-of-shit (literary term). He is a focused, goal-oriented guy and he took on the crits like a job, working his way toward success and always enjoying the task.
P.S. Charlie, now it's time to cat up and start over! 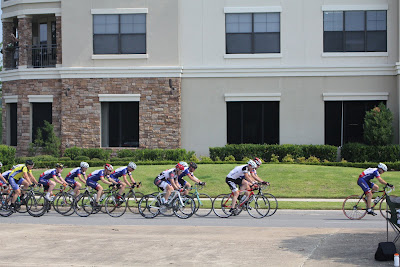 The wide, open streets made for a good race course, allowing spectators to keep the riders in sight over much of the course. 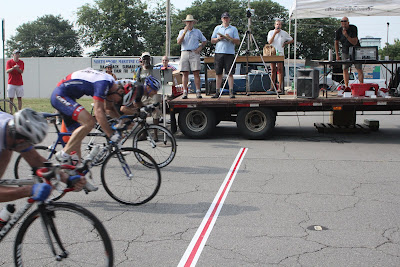 There were battles being fought up and down the finishing order as riders sought not only the win, but a higher finish than the guy next to them. This sprint out of the pack is still too close to call as riders approach the finish line. 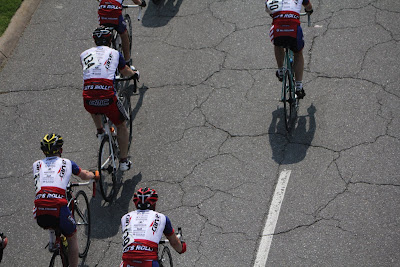 The new Star-Spangled CARVE kit was rolled out for this event and was seen in numbers. 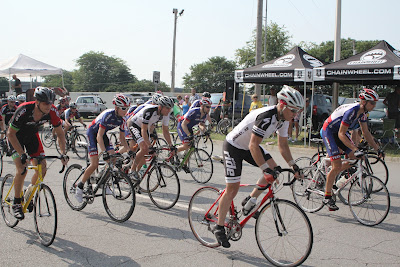 I believe that this is the start of the Cat 4 race. 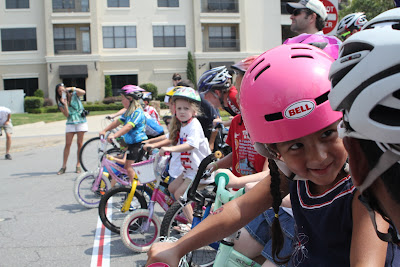 The kids' race was a hit. Here, Ernie Lechuga gives some start-line advice. 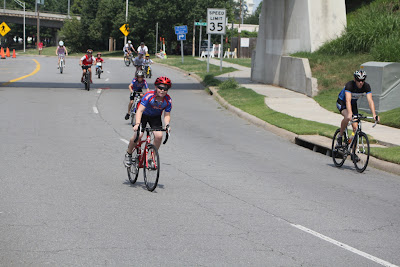 The Valentine boys of Team Hot Wheels cleaned up in the kids race. Kris French, at right, was disqualified for possessing a drivers license and a big boy bike. 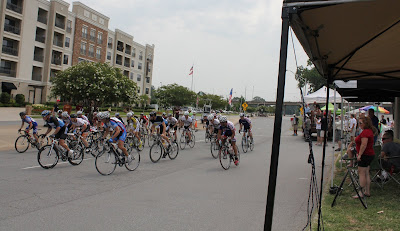 It was hot by the time the Cat 1-2-3's started. It was a race marked by early attacks and, finally, a move that stuck. 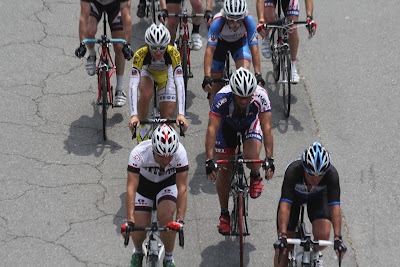 Hunter East (r) and Ernie Lechuga finally got away and were soon joined by 4-5 other riders. The move of the day may have been Kris French's late, very long, jump from the pack to join the lead group, which shrank to 4 riders. 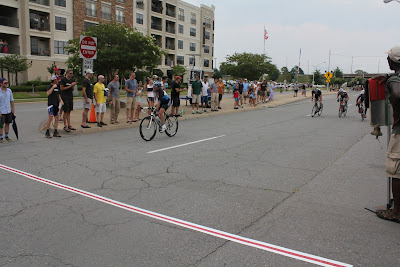 In the end, Hunter East sprinted away from his breakaway partners and took the win in the Cat 1-2-3 event.
I have not seen any official results, and would be delighted if someone could post a link in the comments. As an event, the Dr. Feelgood crits were a huge success. There was a pretty big crowd of folks tucked away in every available shade, all of the race categories had respectable fields, the organization and venue were very good, and the racing was aggressive and fun to watch. Besides that, I got to pick on my friend Charlie. That's about all we can ask for!
Posted by JBar at 10:42 PM

Results are posted at: http://www.team-carve.com/pdfs/Dr_Feelgood_Star-Spangled_Classic_2011_Results.pdf