On Our Team: Bernadette Gunn Rhodes

I attended a meeting this past Monday of the North Little Rock Bike Friendly Community Committee, typed forever more as  "BFC" unless I can think of something shorter. Early in the meeting, chairman Charlie Hight announced that he was turning his role over to Bernadette Gunn Rhodes, NLR's Fit 2 Live Coordinator. I have been acquainted with Bernadette for some time due to her work with the committee, but, frankly, I did not really have a clear idea what she does in her primary job. I was interested in how she might approach leading the BFC efforts, so I contacted her and arranged a visit at her City Hall office. Bernadette was in the process of rearranging her office when I arrived, so we adjourned to a borrowed space for a visit. Bernadette is from Connecticut, received her degree from Middlebury College in Vermont, and most recently lived in Montana where she worked with the Montana Food Bank Network and other agencies. Her focus there was on helping to improve nutrition and to provide long-term solutions to hunger. She prefers to speak of "policy" rather than of "programs". Programs generally have an end date whereas policies continue.
When Bernadette and her fiance, now husband, made the decision to leave Montana,  Little Rock was a natural option since her husband is from here, but it was not assumed. When they considered moving to the area, her in-laws suggested to them that they move to North Little Rock, and the Argenta neighborhood was the deciding factor in their decision to move here. She loves the fact that she can walk to work and to area stores and restaurants, and has the River Trail close at hand. That's lifestyle, and precisely what makes developments such as the BDB, Clinton Park, and the entire River Trail system well worth the investment that has been made. Young, educated professionals will seek out a city that has such amenities and our local culture and economy are the better for it.

You can follow the link above for more, but here is the short story of Fit 2 Live the city website:
What is Fit 2 Live? Fit 2 Live is an initiative created by the City of North Little Rock and North Little Rock School District in 2009 to address the obesity epidemic in our city and make the healthy choice the easy choice for our residents.More than 1 in 3 children in North Little Rock are overweight or obese. If this epidemic is not reversed, we may be raising the first generation of Americans that will live shorter and sicker lives than their parents. 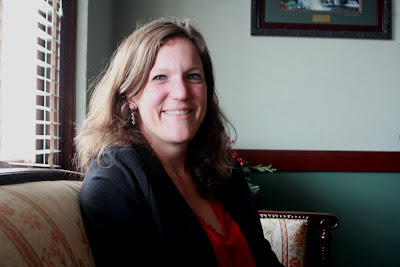 Bernadette Gunn Rhodes will be leading North Little Rock's efforts to achieve a Gold level Bike Friendly Community designation in addition to her many other duties.

My primary focus here is nominally cycling, but it bears mentioning that Fit 2 Live includes a wide range of program and policy efforts aimed at supporting a more healthy community. This includes community garden grants, of which my own neighborhood is an early recipient. Few of us have much sunny space to allow for raising produce and a neighbor offered up a vacant lot for use as a community garden. Zoning laws were amended to allow 4' fences and free-standing structures such as sheds and hoop houses in support of the gardens, and participants will also be allowed to sell their surplus produce if they wish. An employee wellness program has been put in place for the city, along with a proposed "Healthy Food Options" policy which will require that vending machines in city-owned rec centers, schools and workplaces have visible labels indicating the relative food value of the snacks. That honey bun may not look so tasty when there is a visible prompt indicating that it is a much worse choice that a granola bar . It's about helping people make the healthy choice. They're also partnering with the Boys and Girls Club by repairing the Club's pool in exchange for access to the pool for 250 kids who otherwise wouldn't have the resources to join. Just about anything that can get kids engaged in positive physical activity and better nutrition gets my approval.
Bernadette is also administering a Safe Routes to School grant  for the evaluation of areas where kids can best walk to school and will then educate children, staff and volunteers on safely riding or walking to school. The grant will allow for the purchase of a trailer and 24 bikes for use in bike training programs for kids. A program coordinator will be hired for a one year period to get this effort off the ground.
Rhodes does not consider herself to be a serious cyclist, though she regularly rode to work while living in Montana and likes to cruise on her cross-trail bike, preferably with a beautiful destination in mind and a picnic lunch on board. That said, she is serious about helping North Little Rock attain a gold level Bike Friendly Community designation from the League of American Bicyclists. I've been involved in a lot of discussions recently about the state of bicycle advocacy in Central Arkansas, and there has been some concern that cities are overly-focused on a fill-in-the-blank effort to achieve these designations at the expense of some more practical projects. I understand that concern, but my exposure to the BFC metrics leads me to believe that the LAB sets high but realistic standards for what makes a city bike friendly. In other words, meeting those standards will result in positive results for the cycling community as a whole.
One segment of the cycling population that Bernadette feels is underserved is that of utility cyclists, those folks who depend of bikes for primary transportation and are often at the low end of the economic spectrum. Many of our through streets are line with strip centers, have no shoulders or sidewalks, and are generally unsuitable for pedestrian or bike traffic. She sees traffic calming measures and bike lanes as necessary steps to give people non-automotive transportation choices, and, in order to better understand their needs, sees a need to engage in dialogue with those folks who rely on bikes to get around. Their needs should be the same as those riders who would like to commute by bike but that are fortunate enough to have other choices.
I'm glad to have Bernadette on board and I think that she has the right ideas for promoting transportation choices, along with wellness and nutritional options. It will be interesting to see how these ideas translate into asphalt and policy changes, but North Little Rock  has a good track record of getting things done. We can hope that the progress will continue after Mayor Pat Hays leaves office.

This comment doesn't have anything to do with Bernadette but thought I'd pass it along anyway. Riding River Rd. on the NLR river trail today and noticed hundreds of car tires dumped in the ditch on the river side. Been seeing them since last summer. Any ideas what can be done to stop it?

I saw a fresh pile of tires there, too. Unfortunately, it's pretty common as folks avoid paying disposal fees and likely have to be caught in the act. As many as are being dumped there, I suspect that they're coming from a small garage or tire shop.

Crap wish I would have known/noticed, my friend was just looking for a ton of tires for a garden project. I work some odd hours and ride rivertrail pretty late at night allot of the time so I'll keep an extra eye out and record tags if I see any dumping.

I love this post. Thank you for talking about awesome progress and initiatives and showcasing and introducing me to this rad Little Rock lady.
I hope everything goes her way. Everything!