Note- After I posted this article, Rob Stephens advised that the designated  name of this section will be the "Southeast Trail". 04-14-15

There has been much discussion  within central Arkansas bike advocacy circles about the detours to the River Trail caused by the Broadway Bridge project and the lack of progress toward "closing the loop" along Cantrell Road, along with some problems caused by inconsiderate patrons of the Big Dam Bridge.
While this has been going on and over the previous few months, Rob Stephens of the Arkansas River Trail Task Force has been quietly going about the business of getting a substantial new section of the Arkansas River Trail System formalized. 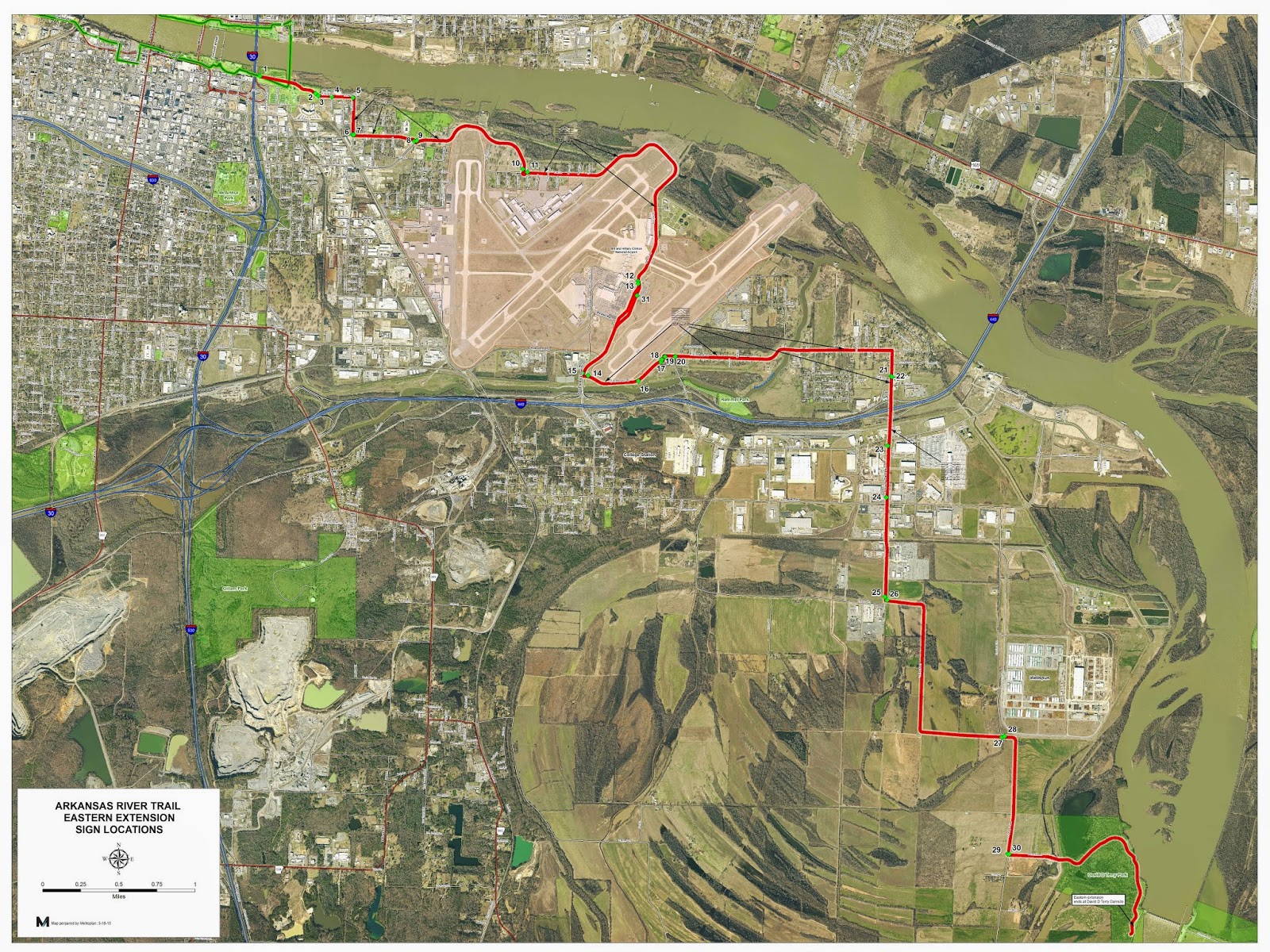 This map defines the route and shows sign locations for the new River Trail East spur.
The route for the most part will use streets and roads that are included within the Little Rock bike plan, and formalizes a long-used ride route east of the City that many of us refer to as "the Airport Loop".The route passes by or near the Clinton Presidential Library Park, Heifer Project International, the Clinton National Airport, the Little Rock Port Authority, Dassault Falcon, and Welspun on the way to the David D. Terry Park. The scenery along the flat ride varies from parkland to industrial to lowlands marsh. Traffic is generally light, especially on weekends, and the road quality ranges from excellent broad avenues near the airport to rail-crossed and pot-holed in the industrial park. One-way mileage to Terry Park is about 13 miles. Look for the signs to go up soon.
The Clinton National Airport has recently installed bike racks for travellers, employees, and visitors, and boasts the fastest free Wi-Fi Internet of any airport in the country. There is an easily accessible Starbucks near the terminal entrance to satisfy the need for a jolt of caffeine or a bite to eat.
The various institutions and businesses along the route were generally supportive of the project, with some seeing it as an opportunity for associates to commute by bike or to enjoy the fitness opportunities offered by having a nearby designated bike route.
The Arkansas River Trail Task Force operates under the auspices of Metroplan, the regional transportation authority.