Along The Trail: Telling Time and Clearing The Channel

Resetting The Sundial
I am proud to say that a visitor can now visit Two Rivers Park, walk or ride to the top of Little Buddy Mountain to enjoy the Villines Vista view, and actually be ably to tell the time on the sundial installed at the top. As has been reported here previously, the original sundial, though artfully done and quite attractive, was in no way functional at any time of day. 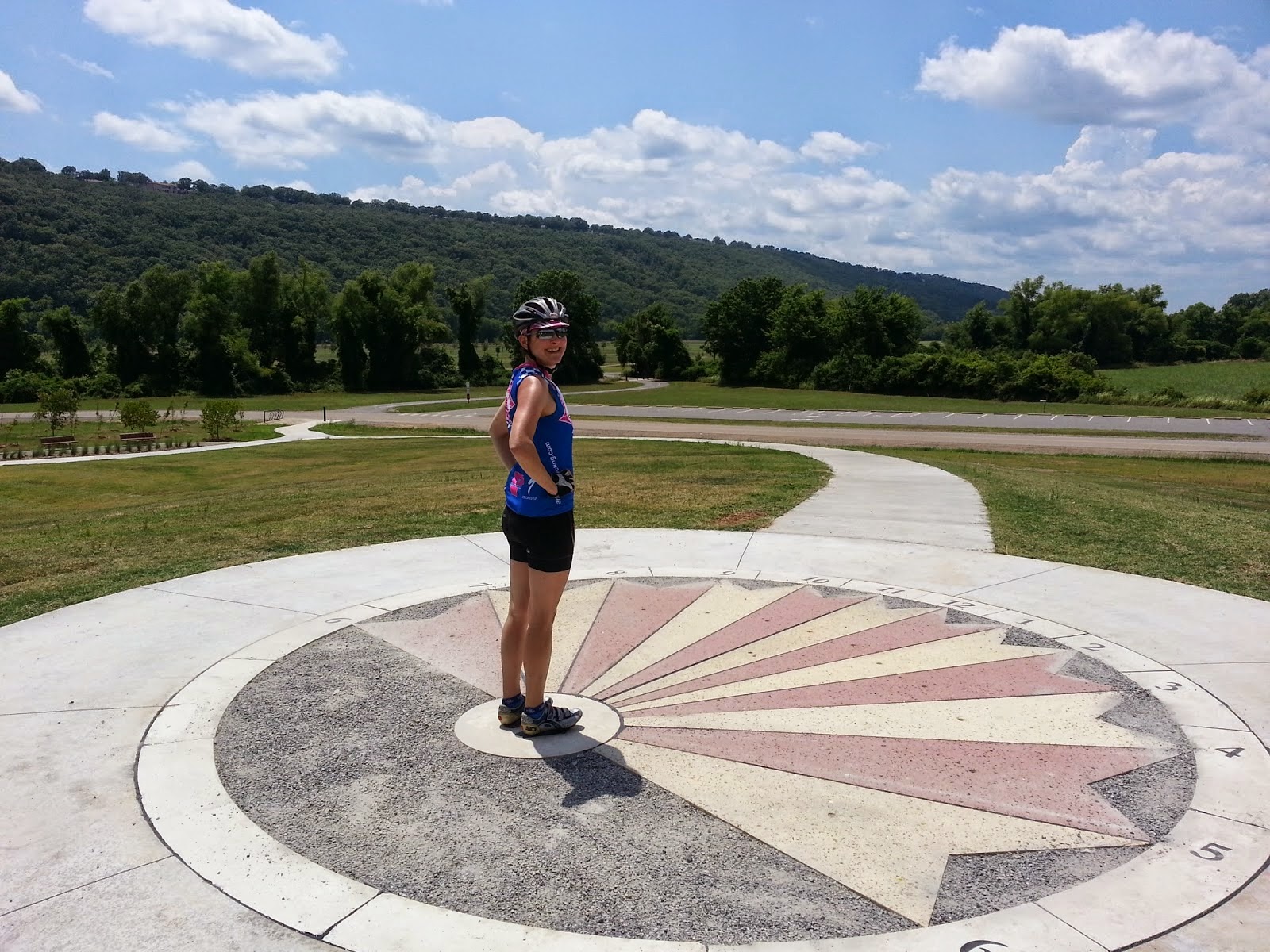 Diane makes a lovely gnomon, but her shadow would indicate the time to be gravel.

I'm not sure whether the designers of the first attempt simply did not know that a sundial is actually supposed to indicate the time or if they were just incompetent. It was an embarrassment to provide an example of an antiquated but classical means of time-telling, only to so completely fail in the execution. The Egyptians could produce a functional time telling tool in 1500BC and that was at least a couple of years before they had Google and Youtube to provide the instructions. I know that Judge Buddy Villines had some talented people at work, so I'm not sure how this happened here in the modern era.

I'm happy to report that the faulty timepiece has been replaced with an tastefully done and usable sundial. When I first saw it a week or two ago, it was unfinished concrete. I was delighted when I rode out this evening to take photos to find that it had been painted in rich colors. 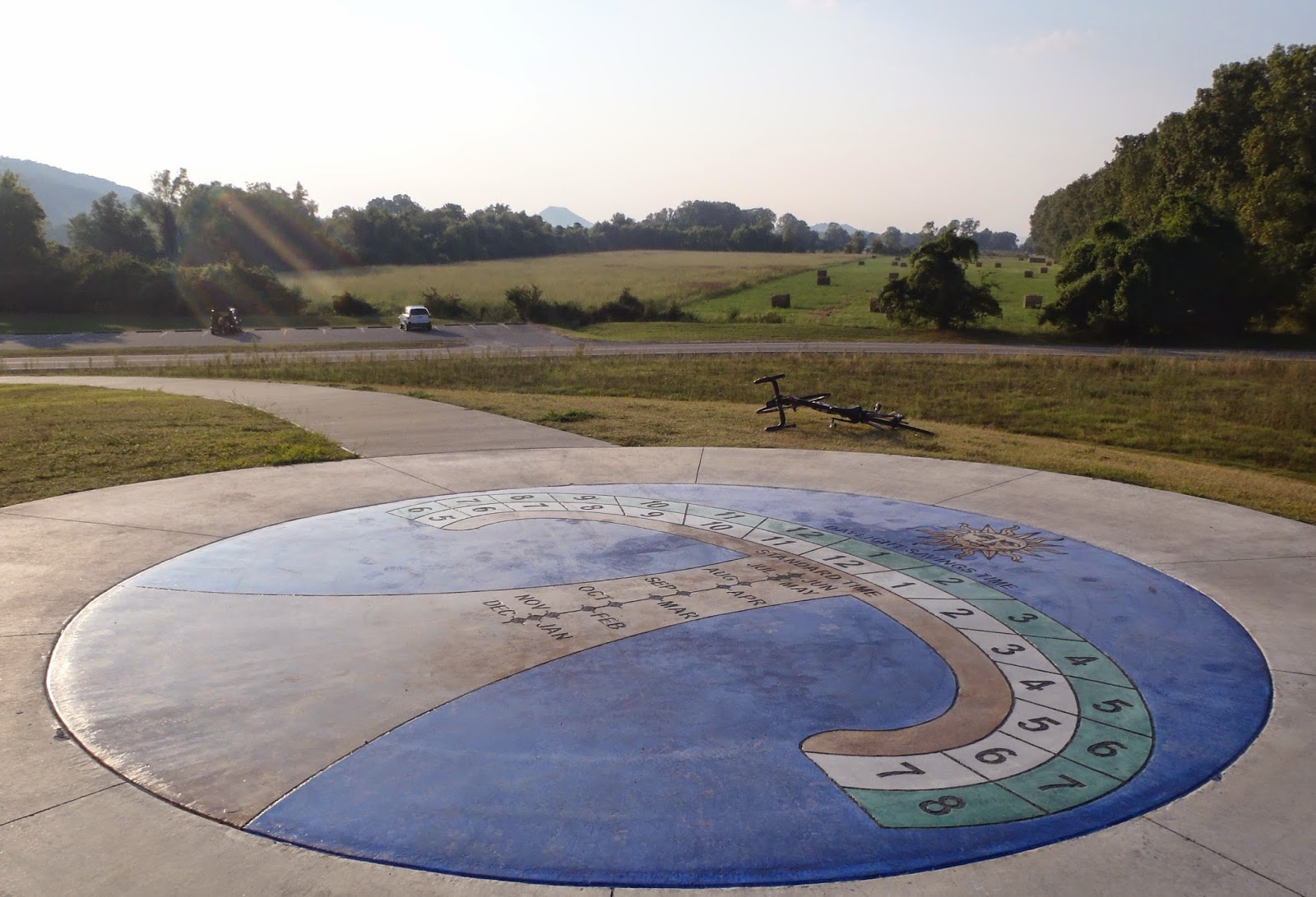 The mound on which the sundial lies offers views from the high point of Two Rivers Park. 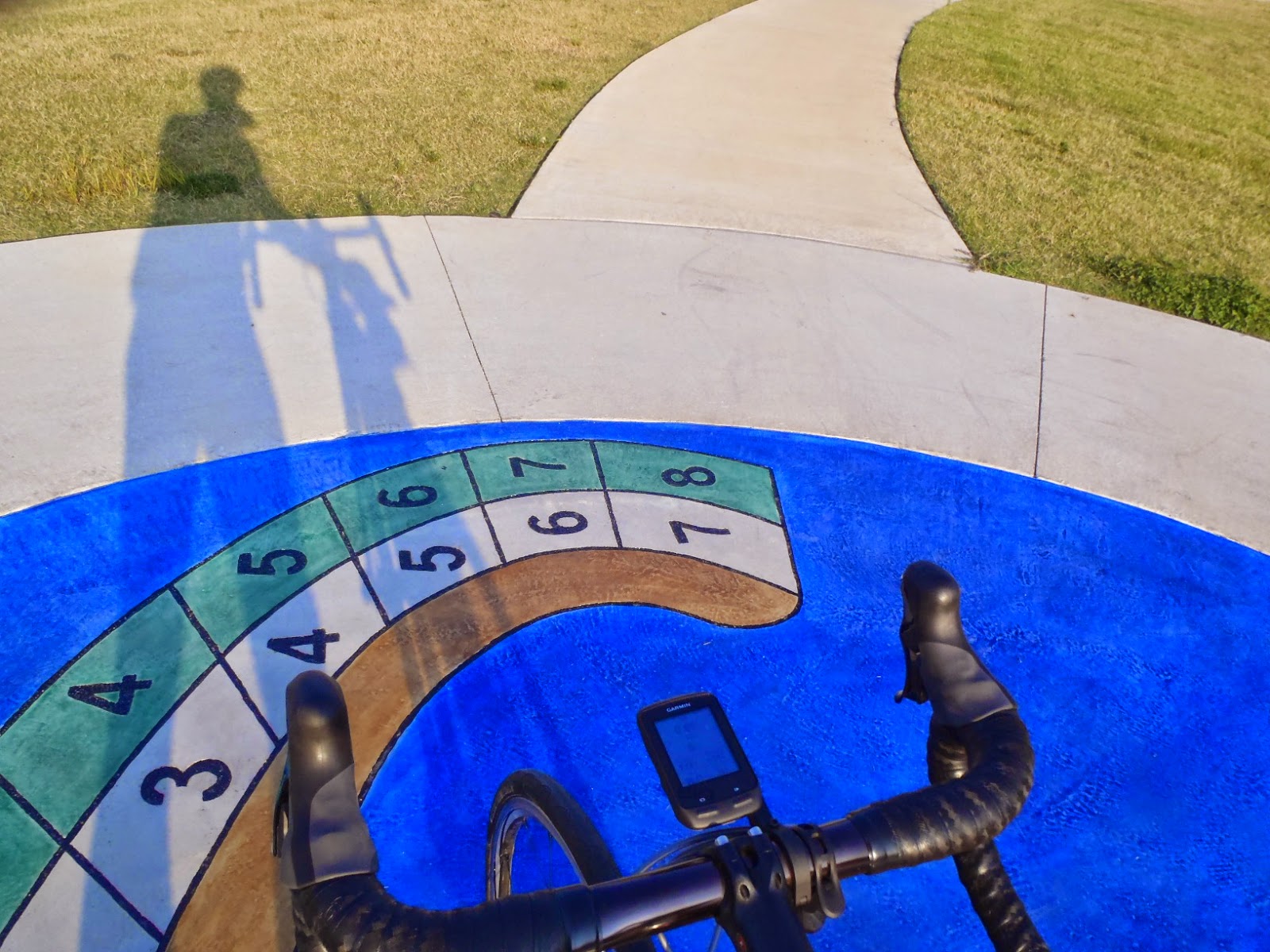 It was 6:11. The point on which you or your bike stand as the gnomon, the object that casts the shadow, changes with the seasons and the numbered bands indicate the hours for standard and daylight savings time. 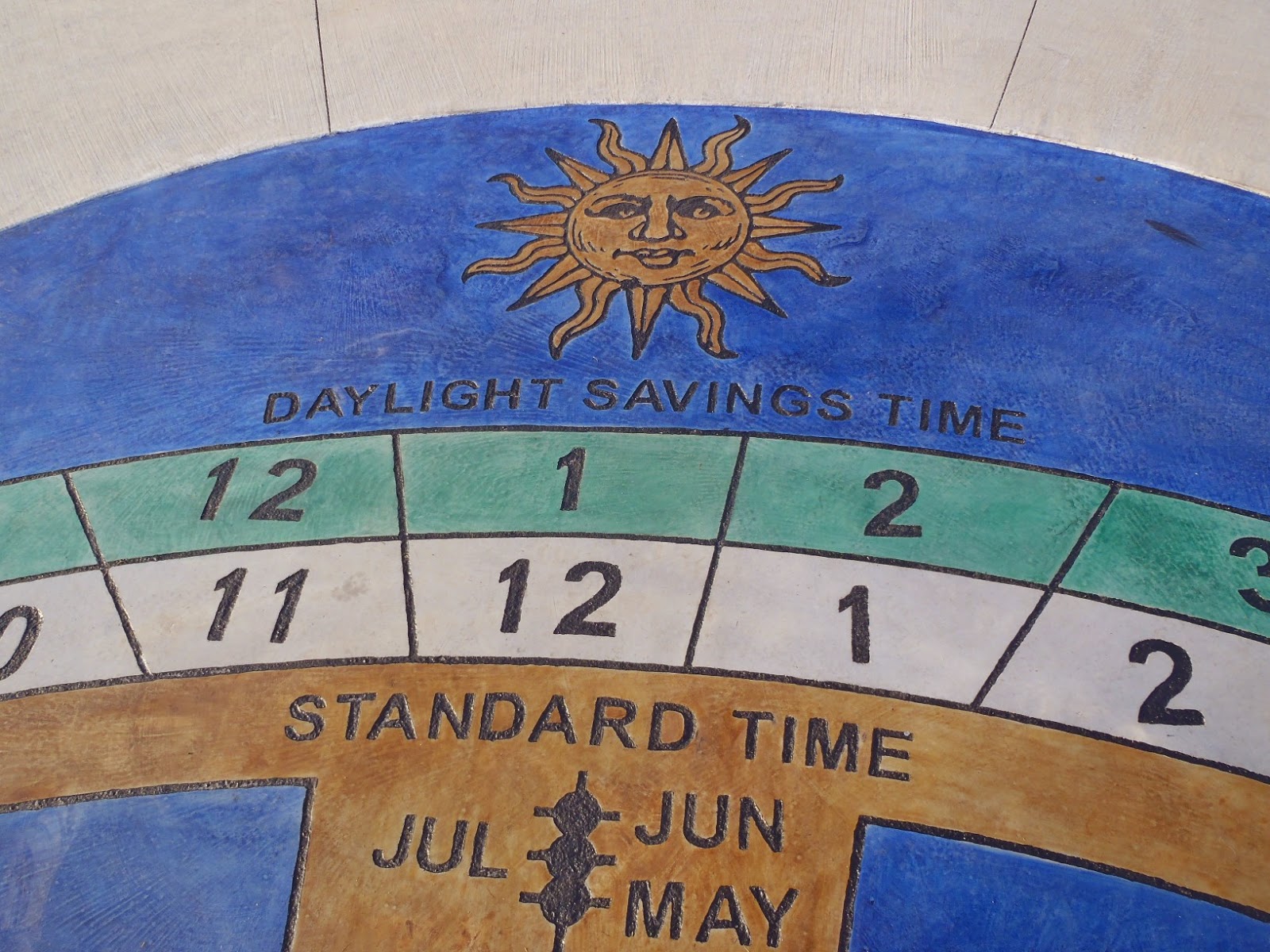 Hello, Mr. Sun.
River Cleanup
The Corps of Engineers has engaged a salvage company to remove the remains of boats sunk during a flood in 2011. 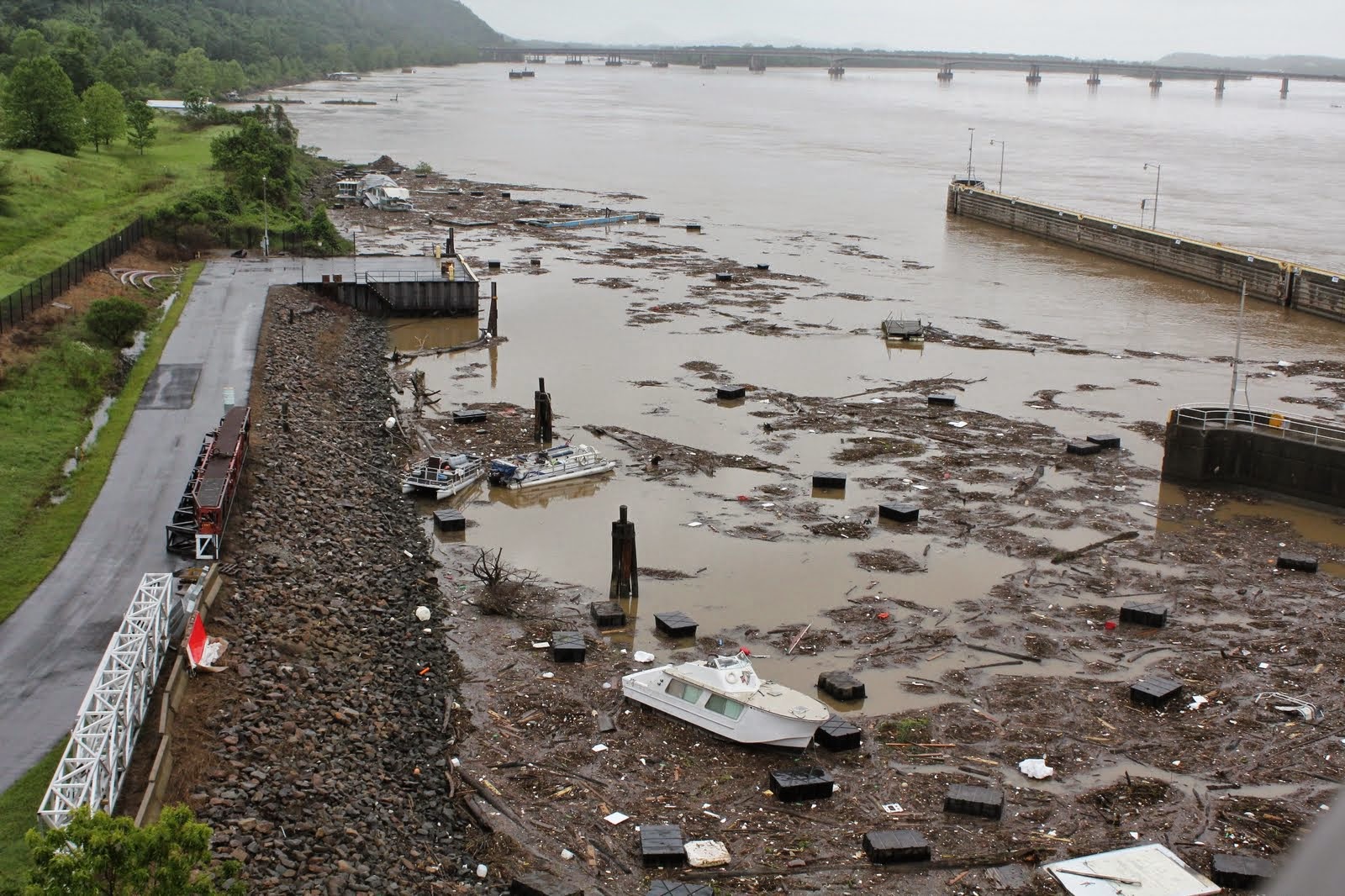 This scene is from May, 2011. Boats from a marina up Little Maumelle River were blown downstream by a flash flood. 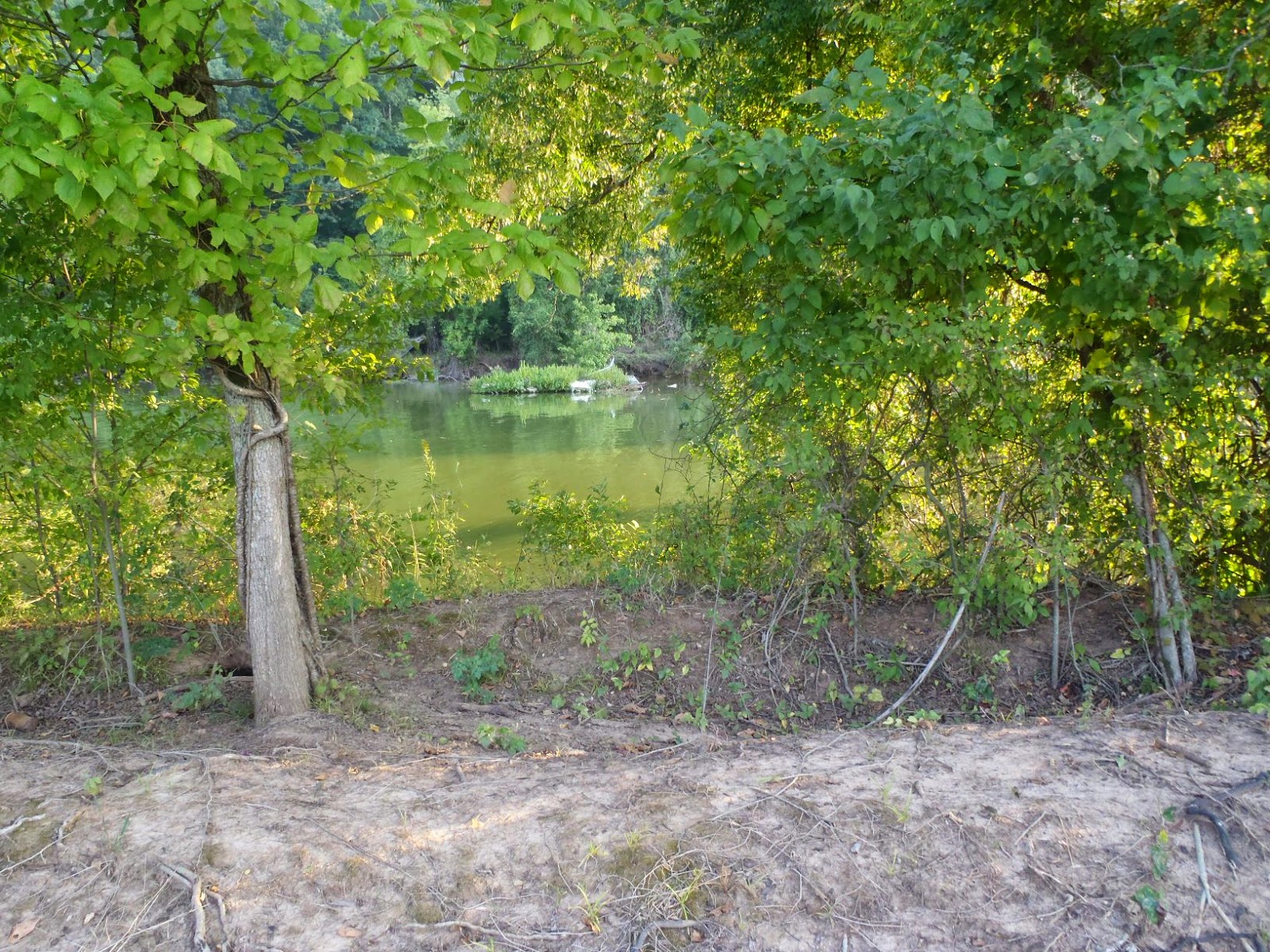 Most of the boats were recovered or salvaged. Some found a semi-permanent home in the river. This one has become a virtual ecosystem. 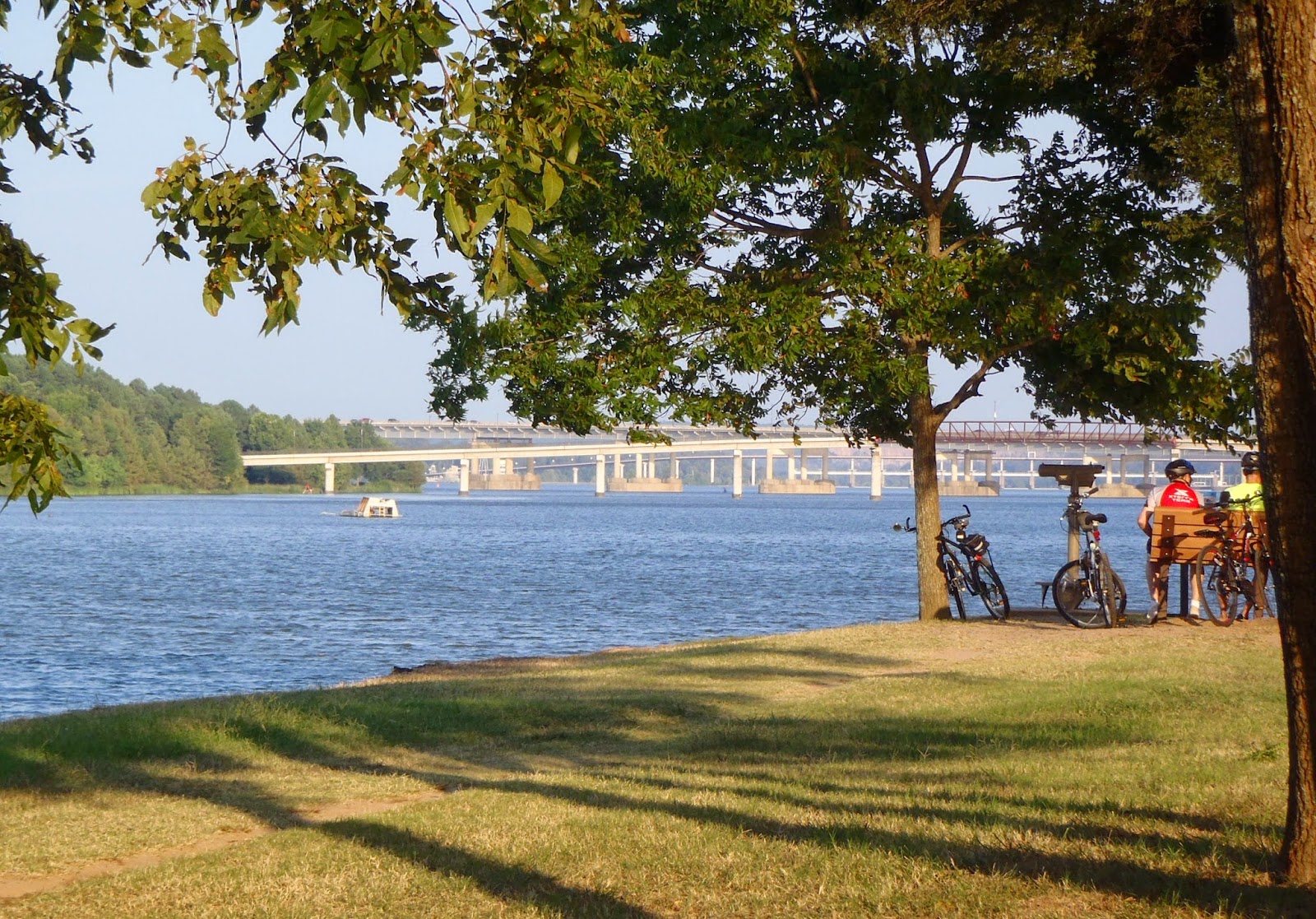 This one is aground on a bar. It seemed surprising that it wasn't washed away in subsequent high water, but it is in a bit of slack water.
The Bucks Are Back
Two Rivers Park is home to a large deer herd, and this time of year the bucks start showing off their racks. 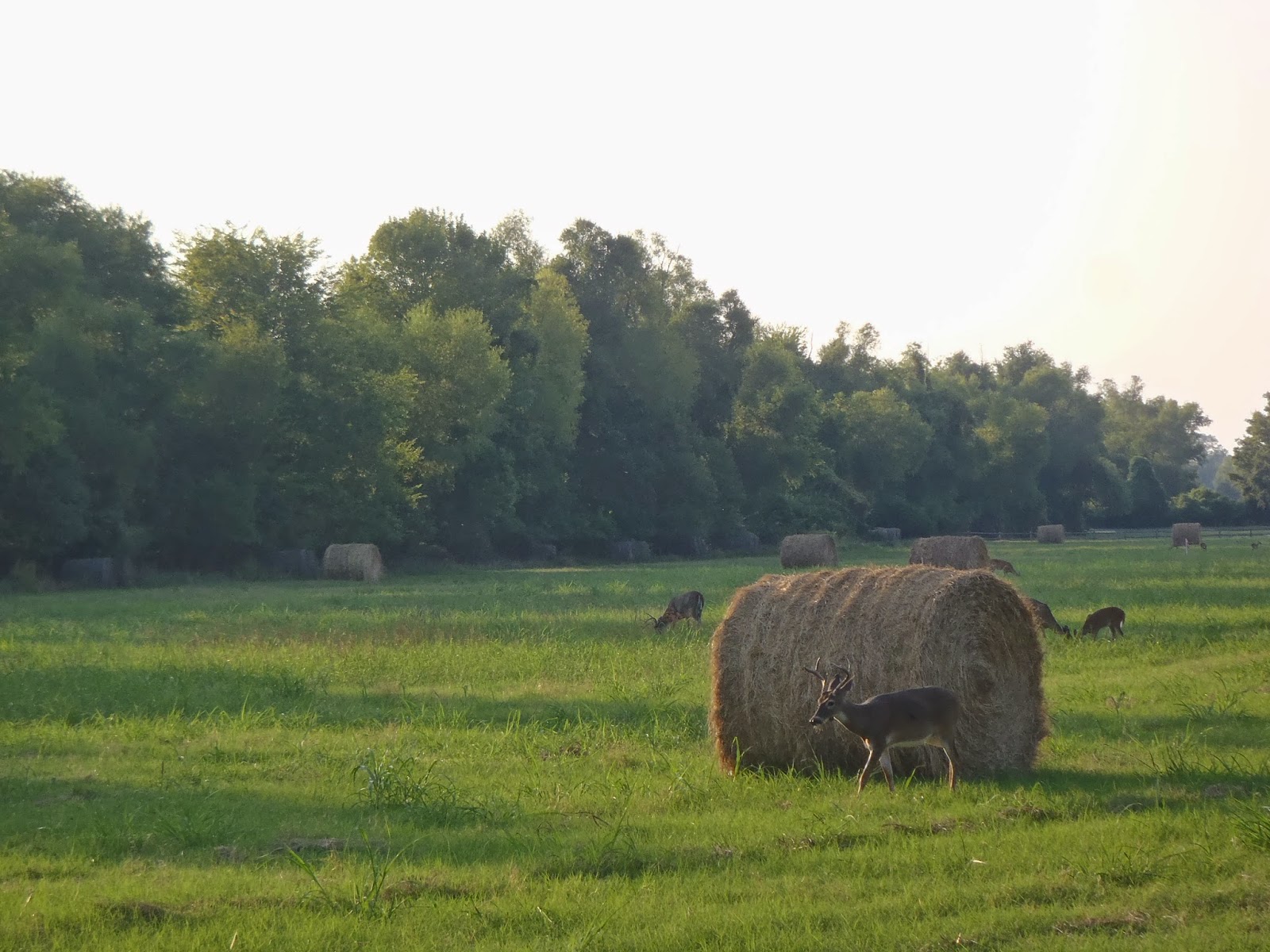 I stopped to take a picture of this buck and he just sauntered toward me. 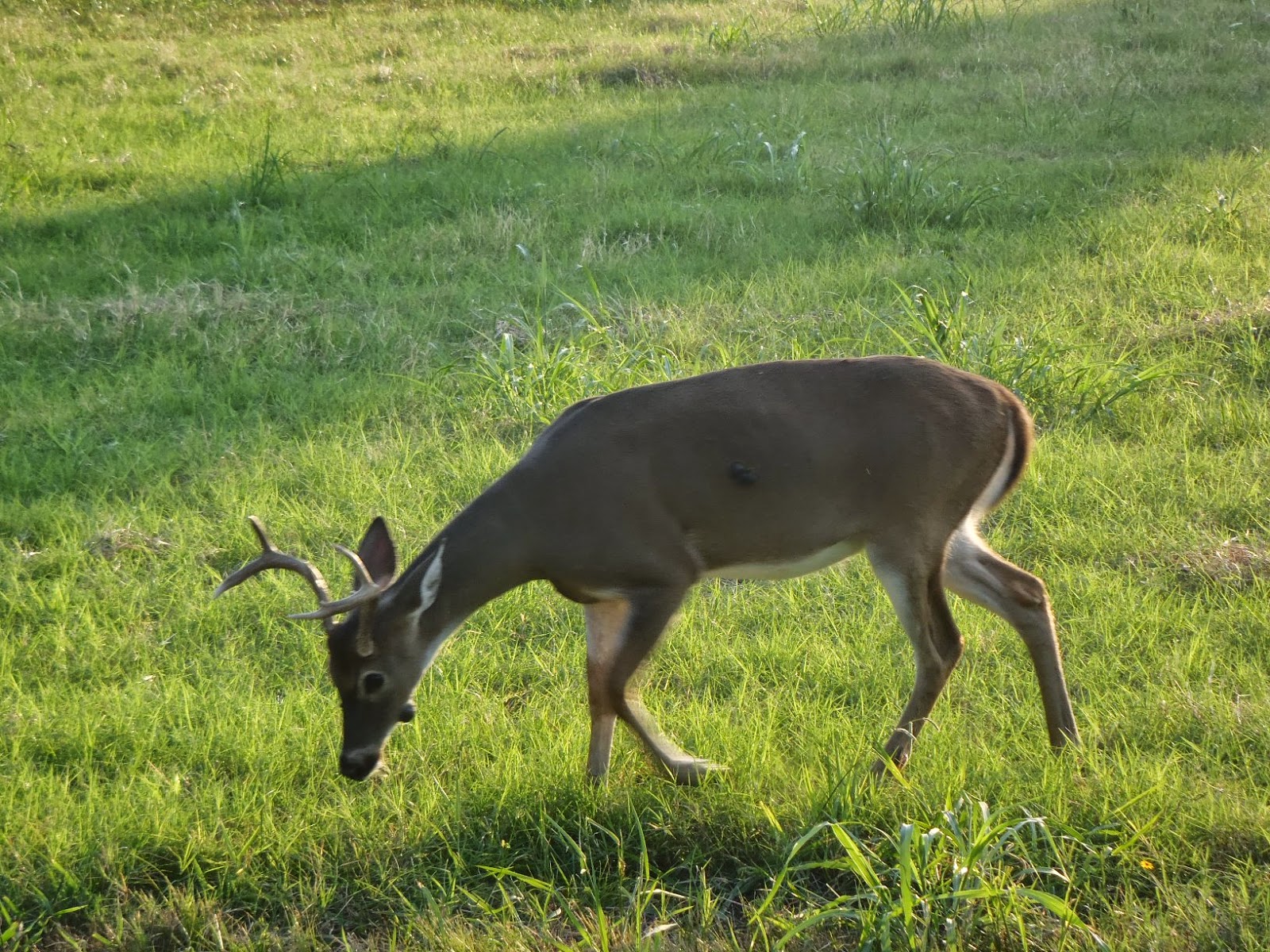 He just came on by and went to join another small band of deer behind me.