US Pizza in Hillcrest was packed with 90-100 cycling advocates, cyclists, and representatives of local governments attending last night's BACA meeting. Pulaski County Judge Buddy Villines and BACA's Mason Ellis presented details of the proposed Southwest Trail to Hot Springs from Little Rock along with other topics of interest to this community. You can follow the link above to an earlier post for details of the  ambitious SW Trail project. The meeting was attended by  Bryant Mayor Jill Dabbs, who enthusiastically endorsed the plan, as have officials from Hot Springs, Benton, Bauxite, and other entities along the route. The trail will likely see development of stretches within these communities first, and as that happens, momentum will build to connect them.
Politics
The trail is expected to be a 5 to 10 year effort, though much of the mileage follows an abandoned rail line, making for relatively easy construction. Challenges include right-of-way property title and acquisition issues, several expensive water crossings, and political resistance from some corners.

To that point, Judge Villines reminded all that this is an election year and that politicians listen to their constituents. As we are approached by candidates, it is important to express support for projects like the Southwest Trail. They are certain to hear from the "anti" crowd who are resistant to transportation that does not include cars or to anything that requires government support. I've found that even a few voices can influence the direction of government at the local level, so let one of those voices be yours!
Keep in mind that the conversation should not be just about bikes. Broaden the discusion to include walking, public health, tourism, and economic development, as all of those things are proven to benefit from the presence of trails.

(If you want a few talking points, take 15 minutes to hear Oklahoma City's Mayor tell what resources like trails, sidewalks, friendly streets and improved public health can do for a city. It is an interesting development within a very conservative state. http://www.ted.com/talks/mick_cornett_how_an_obese_town_lost_a_million_pounds.html
Keep in mind that Oklahoma is even more "red" politically than Arkansas.) 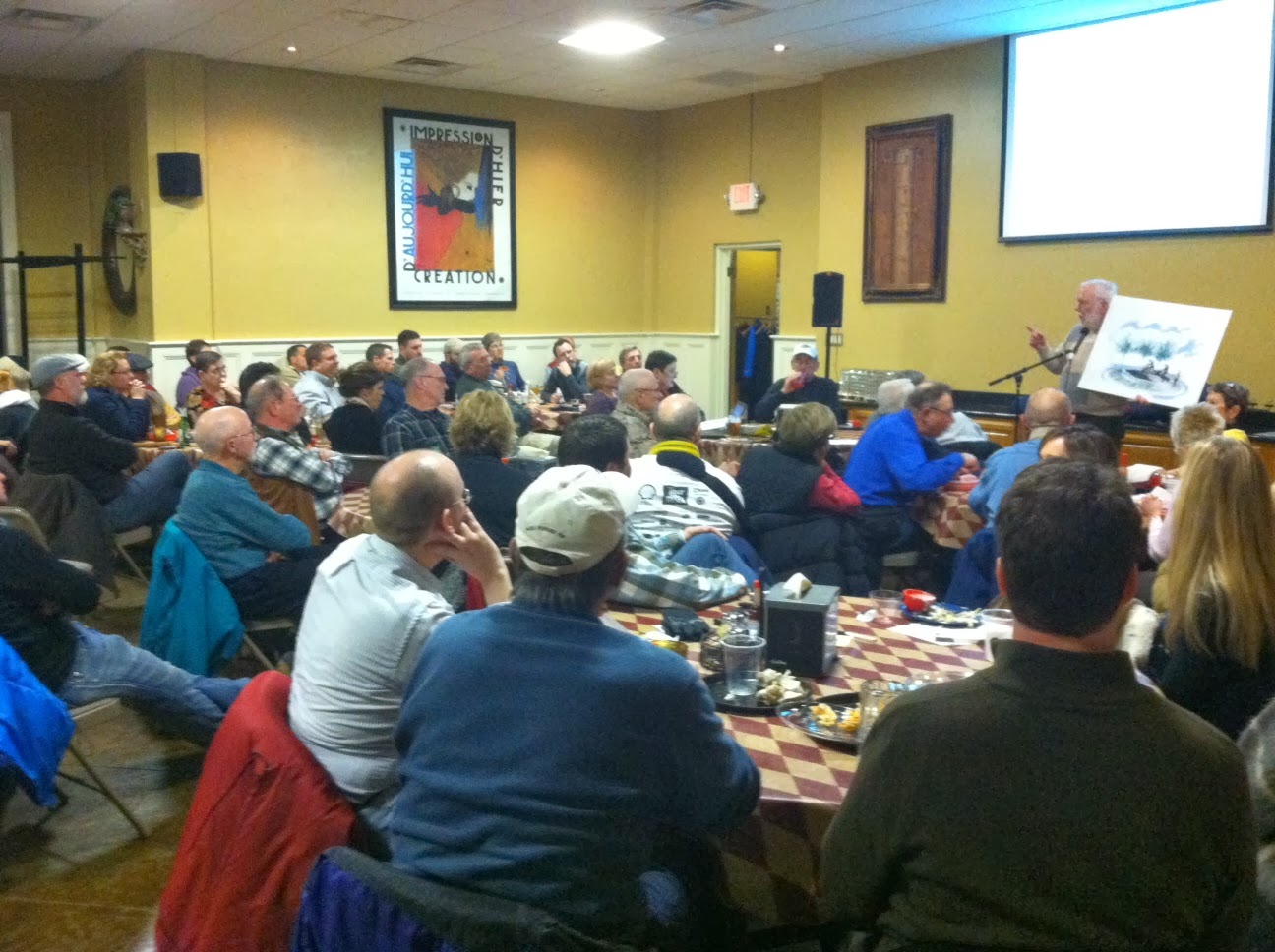 Judge Buddy Villines explained the Southwest Trail proposal and pitched his project to place a sculture representing families in Two Rivers Park. I'll post some details of that project when I have them.
Judge Villines is rightfully proud of his accomplishments, particularly the Two Rivers Park Bridge and projects within the park. Residents and visitors to the area have expressed their approval with their feet and their wheels, as over 900,000 people have crossed the bridge since last April.

BACA president Judy Lansky opened the meeting and kept things moving along nicely. BACA has been a consistant voice in Central Arkansas for decades and the results of BACA efforts are clear. We have become a bike town! If you are not a member of BACA, click the link and join to add your voice to the conversation.
Posted by JBar at 8:59 AM