Cleaning Up The Desktop: Friday Shorts

I'm always on the lookout for content for JBarCycling. It could be just an idea, an interesting photo, or some article I've spotted. Photos often just get parked on my desktop to remind me that I really should utilize them in some way. Well, I'm cleaning up the odds-and-ends that never made it into a post and some of them just need to see the light of day before going the way of the delete button. 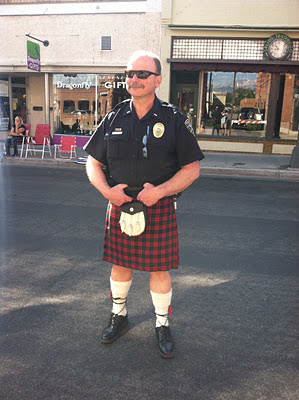 This congenial officer in a kilt was seen enforcing civil order in downtown Salida, Colorado. A cop who will wear a kilt is likely a man to be reckoned with!

OK, say your house is on fire and you call the local fire department. As you anxiously await help, you hear a reassuring sound in the distance....ding, ding, ding. Ahhh, the fire bike is on its way, likely being waved through busy intersections by cops in kilts. 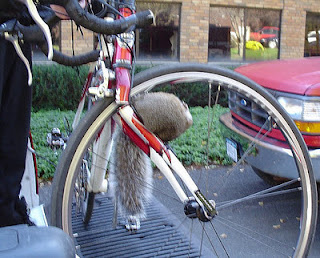 Speaking of kilts. This squirrel has done been kilt in its encounter with the bike. Unfortunately, the fork also perished in the battle. I think Bryan Shipman shared this with me. 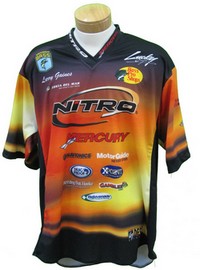 This looks like a road-worthy jersey that could get a long honk and a good holler from some passing redneck if it was adorning some spandex-clad weirdo like me or you. 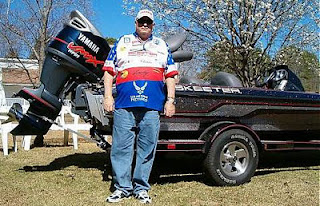 However, Team Nitro is more likely to be going up against Bubba here in the Big Bass Classic than putting the hurt on club racers. Note to my bass fishing friends: Never say anything about me dressing funny.I have pictures! 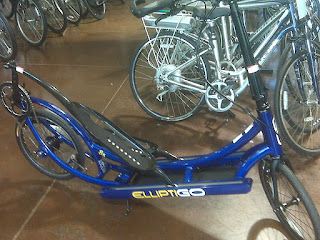 I think this freak show device was on the floor of the Richardson Bike Mart in Frisco, TX. Do you just have something against bicycles or can't get enough elliptical machine at the gym? This could be the answer for you, but I'm really surprised that there would be much of a market for something like this. I've seen stranger things that people were willing spend money on but this is a little pricier than your Chia Pet. 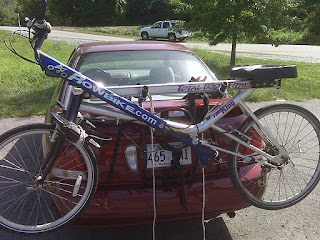 OK, maybe the Elliptigo wasn't the end-all in wheeled transportation. Perhaps it is the Rowbike, and they actually ride among us! Well, at least one does. I spotted this bad boy near River Mountain Road last year. Its rider was bemoaning the fact the there were not a lot of these around. He really wanted somebody to ride with! The fact that the rowbike is heavy, slow, and climbs like a fork-impaled squirrel notwithstanding, I'm sure it's a blast. I'll be looking into one as soon as I wear out my Trikke! 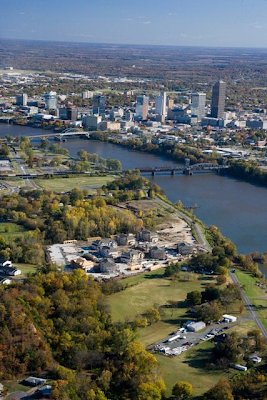 And, last but not least, John Martin shared this recent aerial view of downtown Little Rock from high above the oddly named Longfellow Arms apartments on River Road. Nothing says "HUD Housing" like a very out-of-place literary moniker.
Well, this was the JBar equivalent of cartoons. Enjoy the weekend and be safe!
Posted by JBar at 5:23 PM

What's with all the ridicule for people who would ride bikes that are different than yours?

No one is making you ride them so why not shut the fuck up and let them ride in peace?

We need more of everything out there on the roads and trails. More recumbents, more trikes, more row bikes, more kids, more adults, more blacks and more whites.

That critical mass of bike riders is what will determine how bike friendly Little Rock can become.

Somebody woke up without a sense of humor today! I guess I should engage in self-flagellation for referring to myself as a spandex-clad weirdo. Oooh, ouch! Not so hard! Ok, all better.