Chainwheel and CARVE  celebrated 40-year and 10-year milestones on Sunday with a ride and party alongside the River Trail at Murray Park. I showed up right on time to sign a waiver, gather some great swag, and saddle up to go on a 40k ride in recognition of Chainwheel's birthday. The point was made that it is unusual for a team to be around for 10 years and downright remarkable that a bike shop is still prospering after forty years. The folks who put together bike businesses like Competitive Cyclist and Orbea USA all paid their dues at Chainwheel before launching their own successful endeavors, so that says a lot about the culture. 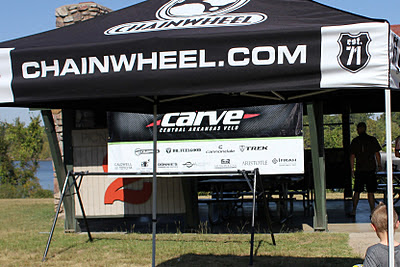 CARVE has always enjoyed sponsorship and a close association with Chainwheel. That bond remains, though the current leadership has tried to make CARVE more inclusive and a bit less of a "store team". 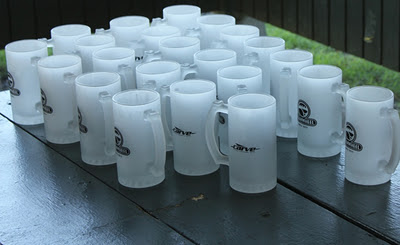 Cyclists who joined the road or mountain bike rides were presented with some pretty good swag, including mugs, some new style water bottles, and Swiftwick socks. Throw in some Fat Tire  and barbecue and it's no wonder there was a large turnout! 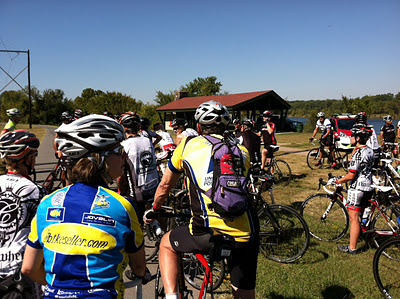 The road ride group was huge! It was supposed to split into A, B, and C groups and I guess it did. I guess I was in the A group, but I don't think I saw the front until we turned around at Barrett Road near Pinnacle State Park. The pack was smaller by then, but the rollout was bigger than that of many event rides. 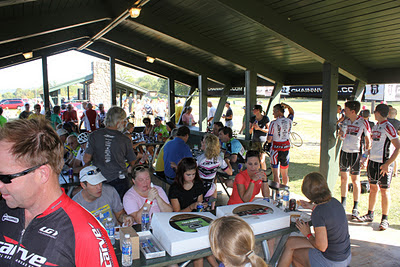 Both pavilions were teeming with hungry folks. I made it a point to stick around for cake. 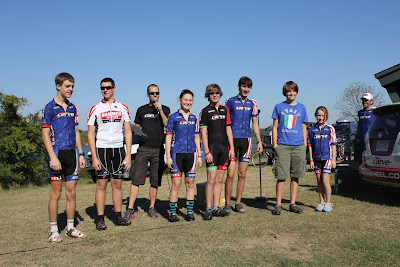 Scott Penrod introduced the CARVE juniors, cyclists 18 and under. 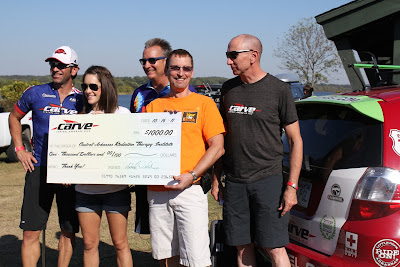 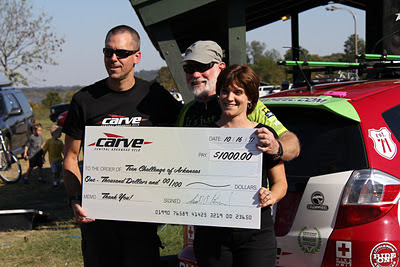 Scott Penrod presenting $1000.00 to Sallie and Jim Culbreth of Teen Challenge of Arkansas. 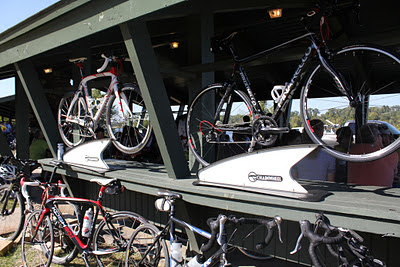 Pat Barron used the opportunity of the event to introduce Chainwheel's newest bike line, Pinarello. Pinarello reflects the best in current bike technology in classic Italian style. The brand should be a great fit for Chainwheel.
It's great to see both Chainwheel and CARVE successful and growing. Central Arkansas is fortunate to have a bike culture that is thriving and that gives so much back to the community in many ways.﻿
Posted by JBar at 6:36 PM