In Memory of Josie 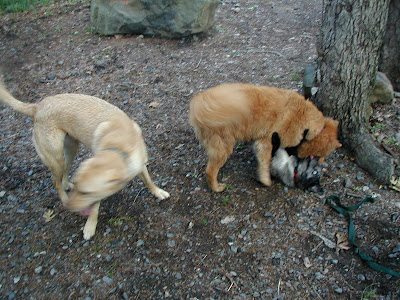 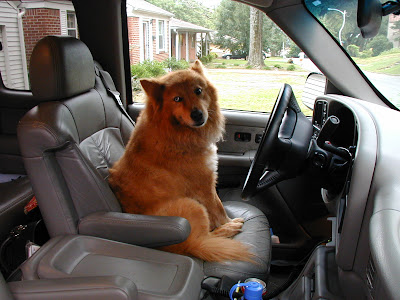 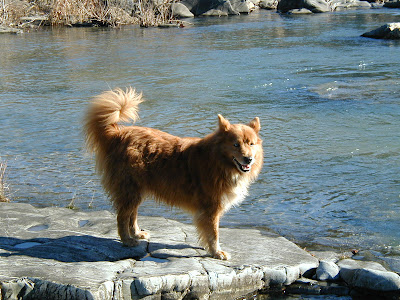 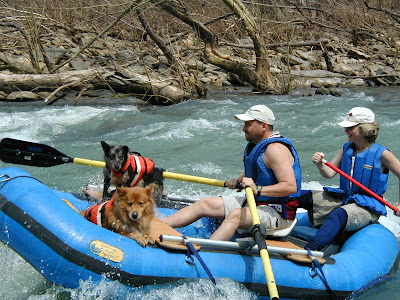 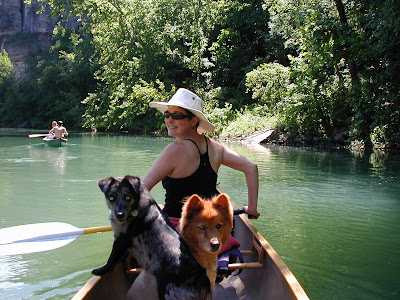 We had to make the decision to let our wonderful old dog, Josie, go today. Josie was an Australian Shepherd-Chow mix who came to Diane from friends who could no longer keep her when Josie was about two years old. She was a compact 50 pounds and a distinctive beauty with her long red coat and off eyes, one being brown and the other blue. Josie was independent and had a certain dignity about her. She was seldom aggressive, but always stood her ground. She was in her seventeenth year.
When Diane and I started seeing one another, Josie was very stand-offish to many men, including me. I found this to be very frustrating as I love dogs and the worst thing I'd ever done to her was feed and pet her. On one boating trip, Josie flatly refused to get back in the truck with me when it was time to head home. Diane said, "Well, we'll just have to run her until she's ready.", so we drove down a dirt road for a mile or two with Josie loping along behind until I stopped, opened the door and asked her, "Ready?". She hopped in and we were good from there on out.

We've always preferred to travel with our dogs. Josie has run Big Piney and other rivers on the deck of our kayaks when she wasn't running the bank or unabashedly jumping into a friend's canoe or raft. I think she knew that the rafters were most likely to have snacks. She's played in the summer snow in the Rockies, chased Zuli around creek banks in the Smokies and covered more trails and creeks in the Ozarks and Ouachitas than most people will ever get to. When we got our other dog, Zuli, as an abandoned pup, Josie took charge of her and showed great patience as she alternately took Zuli's wild antics and had furniture-moving dog-wrestling in the living room and then layed down the law, as in the top photo, when she'd had enough. Zuli may miss her the most. Josie had as good a life as a dog can have and she repaid us with the joy that she added to our lives.

It broke our hearts to let her go, but she was never sick or hurt and she had a great long life. We should all do as well.
Josie, our loyal friend, we will miss you.

This broke my heart. I'm sorry to hear that you had to make such a hard decision. It has to be somewhat comforting to know that she lived so long. What a great life she had. I know how much you care for your dogs. She couldn't have had a better home life.