As pointed out in a recent comment, the NLR Parks and Rec crews were Johnny-on-the-spot as flood waters receded and the mud and debris covered trails were exposed. I rode out at a little after 7 on Saturday morning to meet my buddy Sam for a loop out west, taking my most direct route to the BDB, which takes me through the Burns Park soccer fields. Considering the fact the the soccer fields had been under water for a week or more, everything looked really good. There is still some standing water in low areas and there was a bit of a funky aroma of rotting vegetation, but the fields themselves looked ready for play and the spot where we spotted bow fishermen last Thursday was back to being an intersection.
As I approached the S-turn bridge to the BDB, city crews had the heavy equipment in place and were already hard at work. 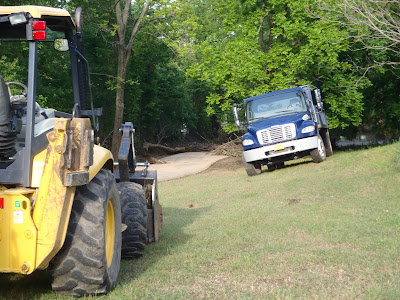 NLR Parks and Rec brought out the big toys on Saturday morning!
I made my way to my rendezvous by way of the Cunningham Lake and Isabella Jo trails and then proceeded to ride the Barrett-Garrison Loop with Sam. By the time I returned a few hours later, the progress was evident. 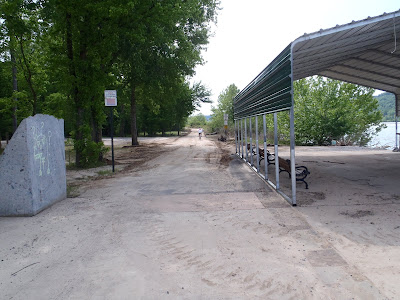 Still a little dusty, but crews had already cleared the brush piles, large logs, and most of the mud from the trail near the BDB pavilion. 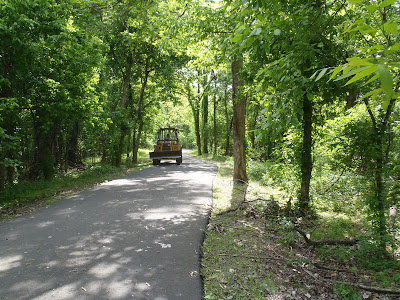 This was no broom and dust pan operation! 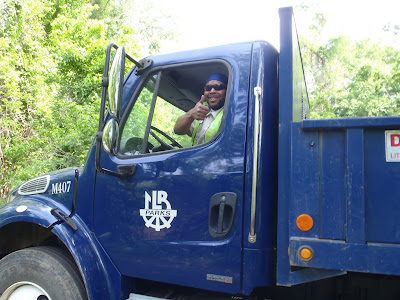 This cheerful driver seemed proud of the work they had done, "Hey, man, take a look at the trees we moved out of there!".  Indeed, he was hauling one of several loads of big logs that had been piled on the bridge up the way. 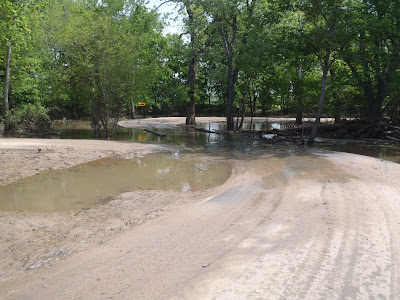 The bridge had not even been approachable three hours earlier. There was still 5-6 inches of water over the road bed, but I was tired and made the crossing. 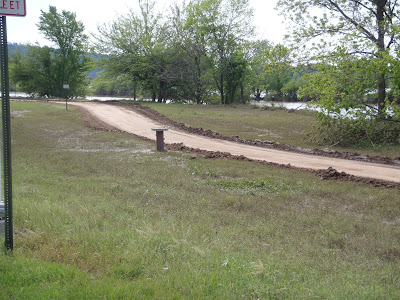 This spot near Victory Lake is where Diane mired her bike in the deep mud last week. The remains of the the mud are clearly seen. 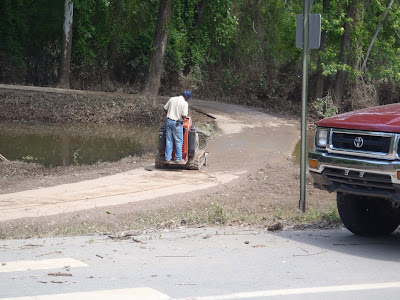 This is a cool little machine, just right for clearing mud from the secondary paths.
City of North Little Rock, thank-you!
Posted by JBar at 4:38 PM

As always when it comes to the River Trail NLR shines and LR doesn't care one bit about it and the benefit it provides.