Things are still going on along the river! For the many folks in town who simply don't pay attention, there was a lot to be missed this week in Argenta. I've already reported on the events of the Razorback baseball game on Tuesday, so we're moving on to Thursday! At the end of a little ride this evening, I decided to check out the "Junction Function" art walk event, kicking off ArtWeek10. For $20.00, one could listen to some good music, enjoy a variety of great food and relaxing adult beverages, all the while strolling through the exhibited art and enjoying the good buzz of Argenta's riverfront. I was on the bike and didn't have a ticket, but my "I write a cycling blog" smile-and-keep- moving press credentials got me into the event to take a few photos.


This photo says much about our riverfront. The arts party on the Junction Bridge overlooked a scene that included an 8-boat from the Arkansas Boathouse Club, The Arkansas Queen and our very own submarine docked at the Inland Maritime Museum.
Art lovers strolled and libations flowed along with the music.
The Arkansas Symphony Orchestra was slated to play later, but this band was straight-up Chicago style blues.
Here's a link to what you missed!
http://campaign.constantcontact.com/render?v=001ritck83OfZnnS9WneCxIEWcK5mmrnlQ7XEBnDhx06BvLQa4HQr-yJu19lRjMkBAOwpEPVRHIMAQ9m2guevvF5i5oYDyAb2FHn1D_X1yxuSM%3D

The promotions that follow the minor league sports circuits can be somewhat bizarre, like Mr. Dynamite and the decades-past-prime San Diego Chicken, but few can surpass the "that's just wrong" attraction of Midget Wrestling. And, yes, the midgets will throw down at Dickey-Stephens Park at 6:45 on Friday, May 14. I really wish that I could make this kind of stuff up!

From Arkansas Business:
L’il Kato and Puppet "The Psycho Dwarf" will battle for the World Heavyweight Midget Wrestling Championship. 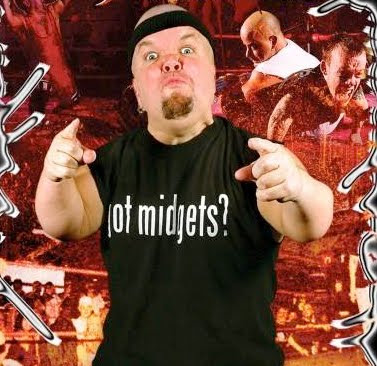 Ok, I don't have a link for this event, so I don't have a date (not that kind of date, either) or any details, but I assuredly don't have what it takes to make this up! Load up on the Arkansas Queen for the "Drag the River" drag queen cruise. I heard about this on the radio and haven't looked too hard for on-line information. If you're seriously interested in attending, then I'd suspect that you're likely already in the know. I'm sure that the guys/girls will be lovely and that it will be a festive event.