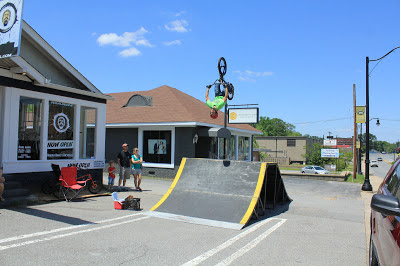 Chris Rogers and his family checking out the early action. A crowd gathered as the show went on. Chris said he was snagging a new BMX bike to relive his youth alongside his young son.
Dave Larson brought in the Southern BMX Stunt Show as entertainment for the grand opening of Angry Dave's on JFK in Park Hill a few weeks ago. Unfortunately, rainy weather limited the show a bit that day, but the boys came back to Dave's last Saturday and we were able to check out some of the action. 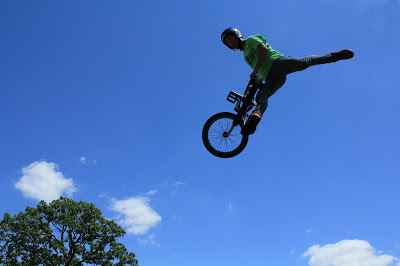 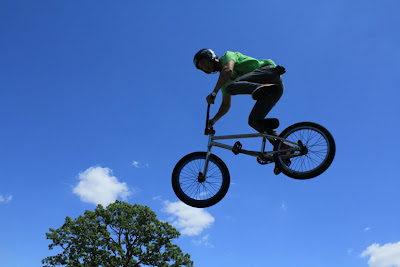 Look out for that tree! Whew! OK, it wasn't as close as it looks.
I'm usually in danger of hitting the bottom of trees on the MTB. 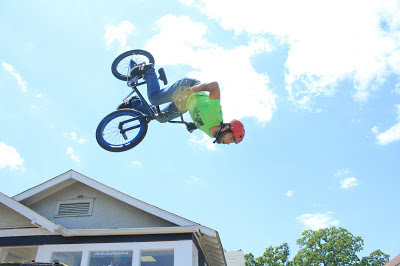 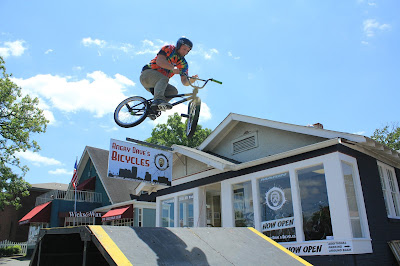 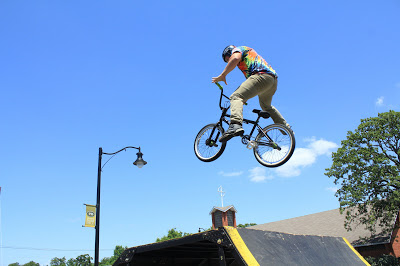 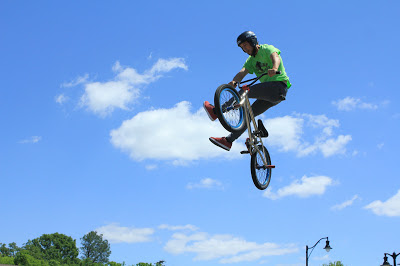 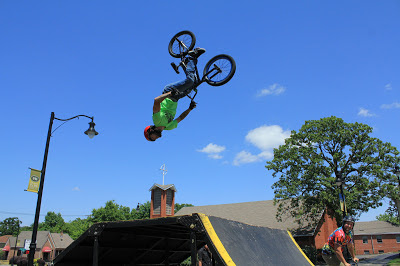 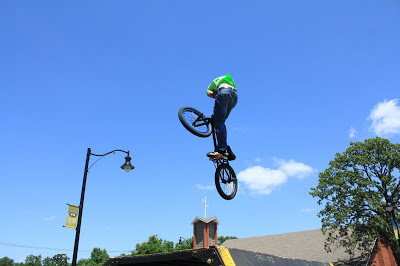 John delivered a lot of big air. All the guys were good, but altitude makes for good pics! 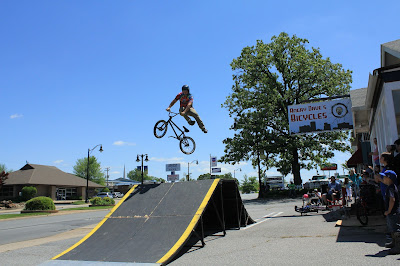 The show drew a crowd of enthusiastic spectators.
And here is the grand finale:


You can catch a full-blown version of the Southern BMX Stunt Show at Buzz-B-Q This Saturday, May 18.
Posted by JBar at 9:28 PM