Diane went to Camp today and obtained her Sportsman Pass. She reports that starting Monday, April 19, the hours for obtaining the pass will be Tuesdays and Thursdays only, for 10:00AM until 6:00PM. I heard that the passes were available last Saturday, but that must have been a one-shot deal. The hours seem to have become a moving target. I'll post information as I get it and ask you to let me know if you hear anything contradictory. As far as I know, the passes will be required beginning May 1.
If this information is available other than by word-of-mouth, I am unaware of it.

No real news here. The word I got from a couple of sources is that Guard drill was moved from Easter to the weekend of the event, creating a conflict for traffic management on the post. If that is the case, the organizer,  DLT, could have just said that rather than alluding to a policy change and leaving everyone wondering about the future of all events at Camp Robinson. Again, I have no hard sources for this information, so stand to be corrected.

Bryan Shipman has created a C.A.R.P. page on Facebook. Be a fan!

I reported a couple of weeks ago about the trail building and maintenance efforts of Lane Septon and Bryan Shipman. Here are some examples of their work: 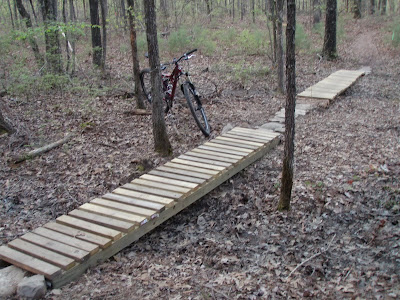 Bryan and his crew hauled all of the materials for these new bridges into Outer Loop. They rerouted the trail around what was probably the sloppiest water crossing at Camp and provided this structure to protect the creek bed from becoming another wallow. 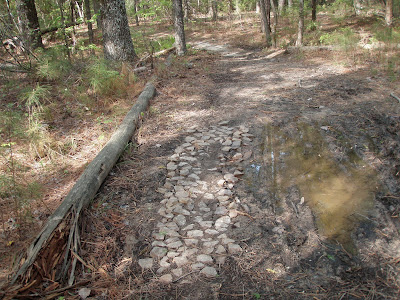 Lane hauled in loads of rock and gravel to harden several notoriously muddy spots on the popular 10 Bridges Trail.
There also looks to be a new trail unveiled soon. Watch for Bryan's posts to the C.A.R.P. Facebook page
Critters and Greenery 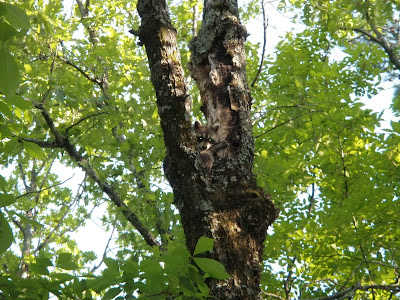 I noticed this little guy rambling down Buddha this week. He headed up back side of the tree and stopped several times to peek around to see if I was still there before settling in the fork to wait me out. 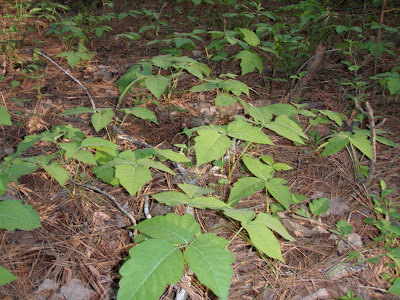 If you don't recognize this stuff, you're likely to either:
A) Not be allergic to poison ivy or ....
B) Itch a lot if you spend much of your summer in the Arkansas woods.
Posted by JBar at 5:18 PM