I've written a couple of articles over the last year or so about the efforts of the Arkansas River Trail Task Force stake holders and 911 responders to develop an emergency response system for the River Trail. The goal of the system is to allow emergency responders to quickly ascertain the precise location of a victim, and then to respond quickly with the appropriate resources.
That system is now being put into place and you will begin seeing emergency location medallions at regular intervals along the River Trail, at mountain bike trail heads and within the adjacent park system trails.
I've witness EMT's searching for the site of a bike crash or medical emergency. The lack of a precise location often leads to delays or long unnecessary treks afoot by emergency responders. A lot of thought and hard work went into the development of the plan, and I think that it will help make the River Trail a safer place.

Here is the press release from Judy Watts of Metroplan:

LITTLE ROCK, ARK. – September 3, 2014 – The Arkansas River Trail Task Force is pleased to announce the addition of trail signage that improves efficiency for emergency responders dispatched to the trail. Emergency medallions are in the process of being placed at trailhead access points and along the main trail every two-tenths of a mile. Trail users will soon be able to relay information from the nearest emergency medallion to plainly communicate an exact location to 911 operators.


Emergency medallions can be identified by “911 Emergency Location” and either “Arkansas River Trail” or the name of the trail printed on the disc. Within the center of the medallion is a set of initials and numbers. For emergencies on the Arkansas River Trail, the public is asked to dial 911 and communicate the set of initials and numbers. Coded to latitude and longitude coordinates, this crucial piece of information will determine how emergency responders enter the location.


“While we want everyone to have a safe and enjoyable experience visiting our wonderful Arkansas River Trail System, accidents and medical emergencies will happen and our emergency responders take their responsibility for you very seriously. You can help them help you if you take note of the medallions as you make your way along the trails,” advised Jon Swanson, Executive Director of Metropolitan Emergency Medical Services (MEMS).


Metroplan is the federally designated metropolitan planning organization for the four-county region of Faulkner, Lonoke, Pulaski and Saline counties. It is a voluntary association of local governments that has operated since 1955. 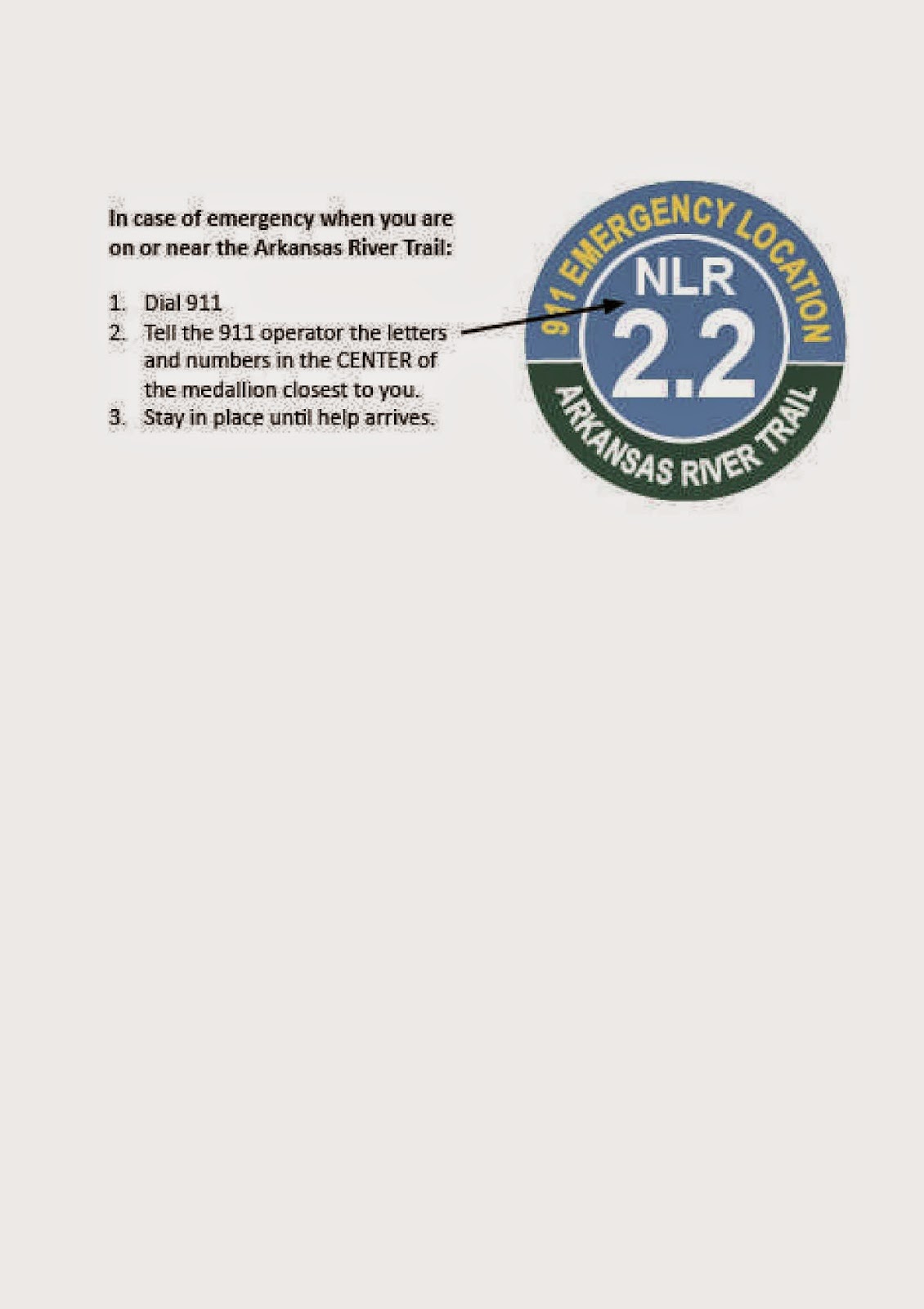 This will be a great addition to the trail. So many people use it that aren't regulars it will help them in case of emergency.

Even regular trail user who know exactly where they are have difficulty relating where they are to 911 operators. We all know where the bathrooms at Two Rivers or the wooden bridge at Burns Park are, but most folks would not have a clue.