Follow up: Marlisa Goldsmith of KTHV TV ran a story about this Saturday night. Thanks, KTHV and Marlisa, for helping. The vandals doing this may enjoy the publicity but I think that it is important for the general public to be aware of events out on the road. They may become a little more sypathetic towrds cyclists and someboby might actually step forward with some information. 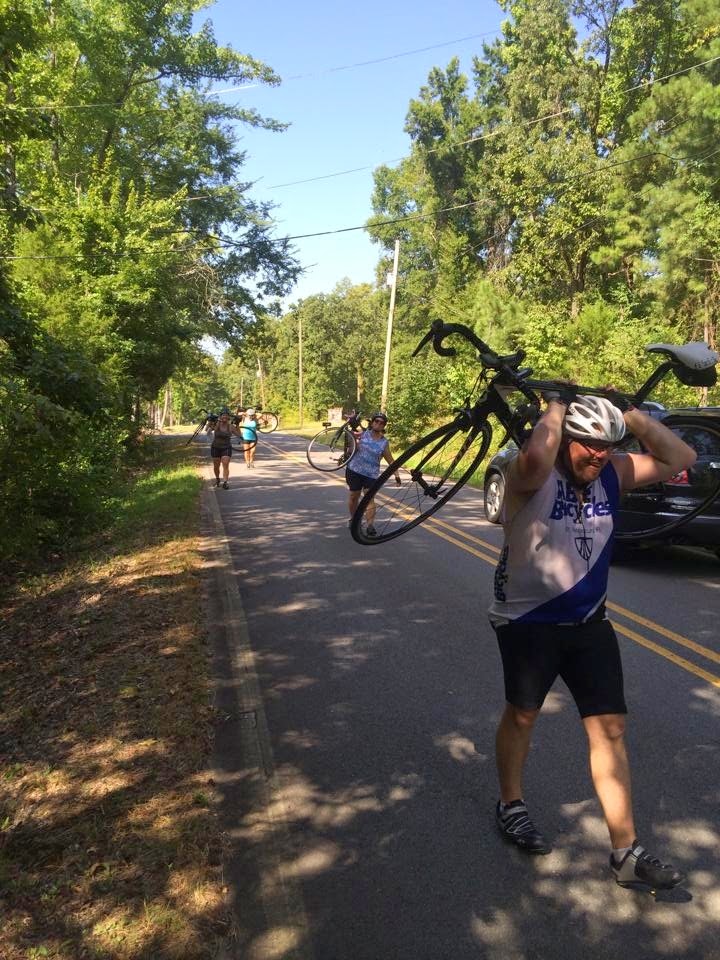 One way to get through the tack zone.
photo by Crystal Holsted 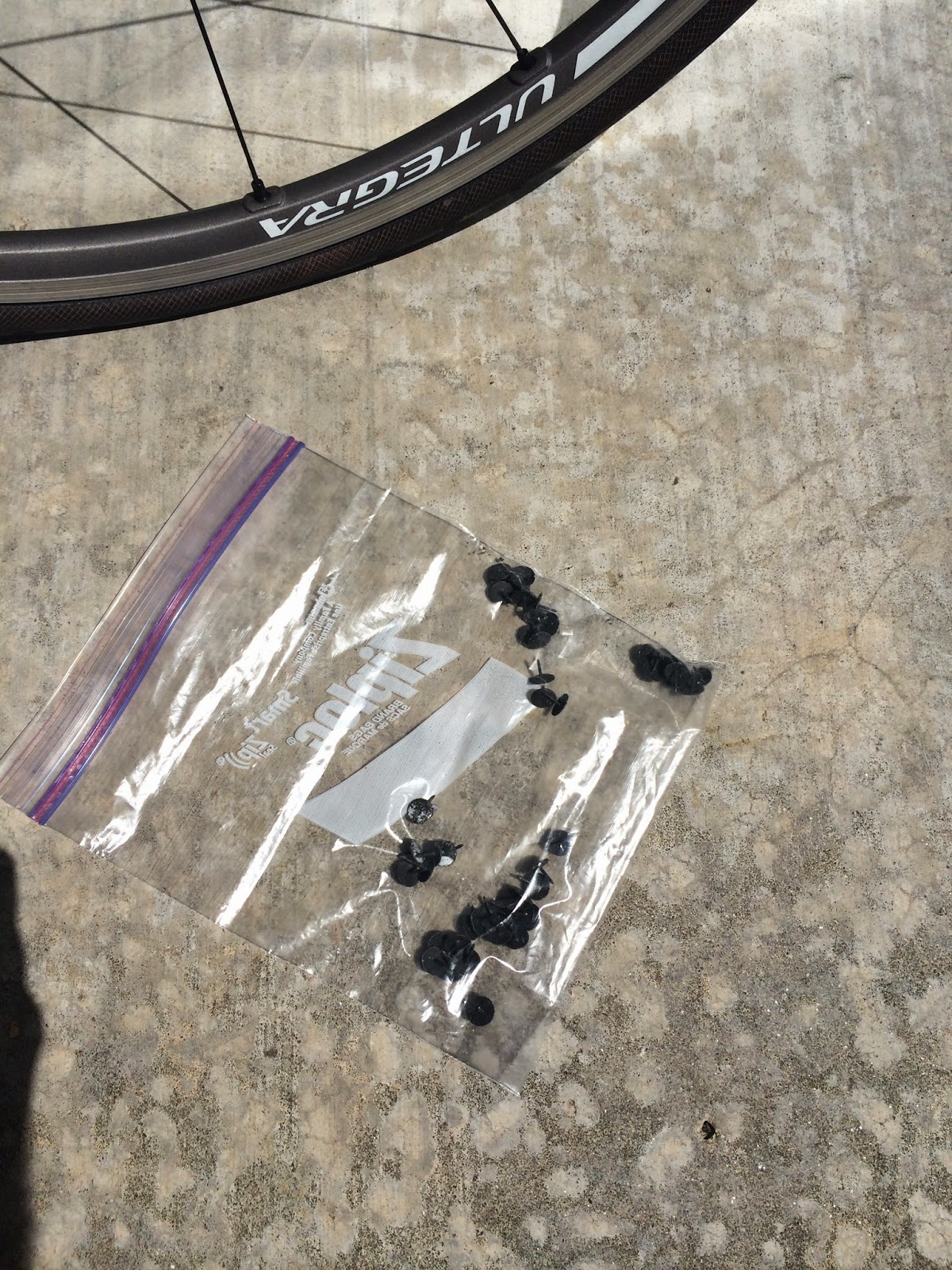 Frank Kelly shared this photo of his tack collection. 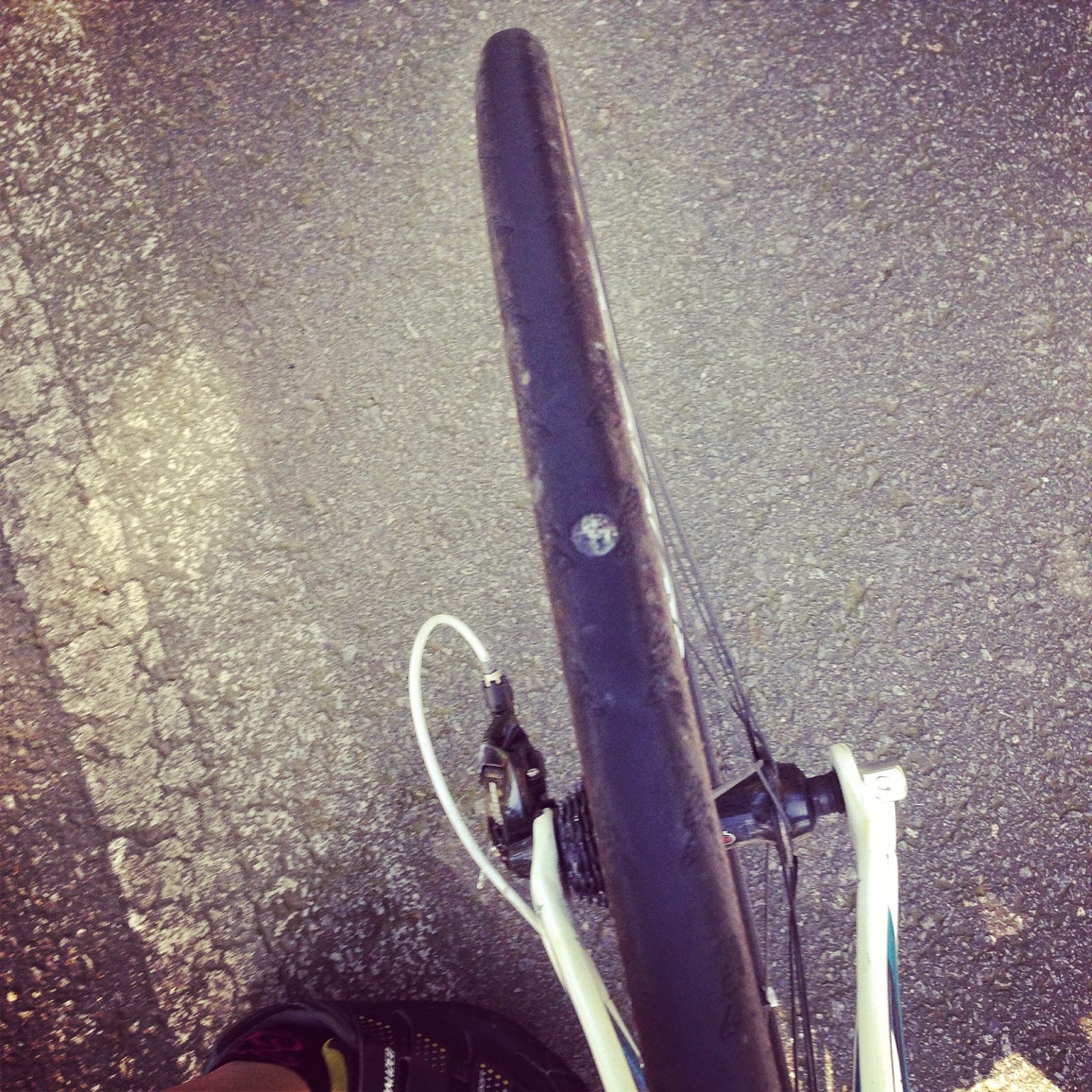 Frank's special tack.
---------------------------------------------------------------
I got reports this morning of another batch of tacks strewn along a popular ride route; this time on Pinnacle Valley Road near the RR tracks and Pinnacle East parking lot. There seems to be little interest on the part of the Pulaski County Sheriff's Department or county government.  Update: I did get a note from Judge Buddy Villines noting the difficulty of catching these folks, and a Saturday ride to both scenes revealed no tacks. I'm guessing the the street sweepers had been out.

Last year, when tacks were spread on County Farm Road near the Two Rivers Park entrance, Judge Villines responded quickly and sent a street sweeper out to try to help mitigate the problem. That act caught many riders participating in the ALS Bike Hike.
Last week's attack was on Barrett Road, which is on the routes of the upcoming MS150 fundraiser and the BDB100. Reports of the recent attacks have been met with silence from county officials.
If car tires were being slashed or windows broken, I would suspect that more interest would be taken. Though the safety of cyclists is at risk and many dollars in damage is being done, this seems to be taken as a bit of a joke.
I'm sure that the perpetrators are among the same fools that find humor in buzzing cyclists and threatening them with their cars because cyclists dare to ride on "their" roads. As long as law enforcement turns a blind eye and there are no repercussions, the chickenshxt actions may continue, but folks will not stop riding bikes.
Pulaski County and the cities on Central Arkansas a rightly proud of our bridges, parks, trails, and bike routes that have attracted positive national attention. A few rednecks are trying to prove that "this ain't no place to be ridin' a bike."
Posted by JBar at 11:43 AM