PopUp in The Rock-Park Hill a resounding success!


I was excited when PopUp In The Rock Park Hill was announced for September 13. I have lived in Park Hill for most of my many years and there is much about the community that still feels like neighborhood I grew up in. Granted, the sleepy 2-lane Ark-Mo Highway has long been replaced by the 4-lane Highway 107 corridor carrying rushed commuters from neighborhoods to the north that once existed only in the imagination of developers, and most people are just passing through Park Hill. The Park Theater, where we gathered on Saturdays to watch classics like "The Blob" and early James Bond movies (starring Sean Connery, of course)  now houses Crye-Leike Realty, and locally owned retailers like Ben Franklin 5&10, Corbett's variety store, and Black and White grocery have faded into Norman Rockwell-esque memories.
By all accounts, last Saturday's PopUp was far and away the most successful of the three that have occurred to date. While the last year's PopUps on South Main and on 7th Street were certainly successful, neither had the kind of community turnout that Park Hill had. One factor was simply because, though it is a major traffic artery, JFK runs through still-vital neighborhoods so there are a large number of people who live close enough to easily walk or ride to the event. It was estimated that 5000 people visited during the course of the day. For Diane and I, the fun was just a short walk or ride on the town bikes. 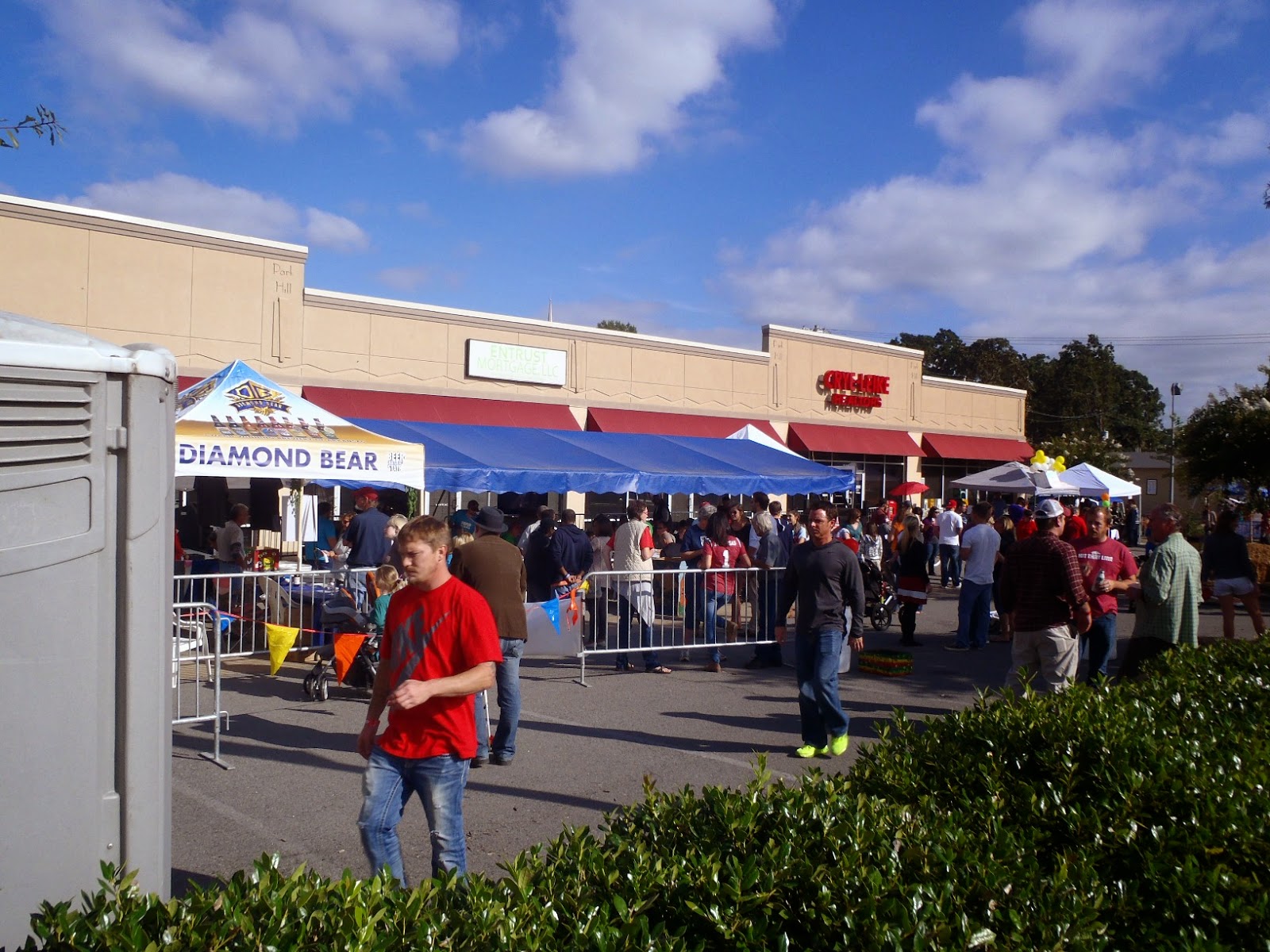 This was the site of the Park Theater when I was a kid. Though I had to work on Saturday and missed the big crowds, there were still several hundred people enjoying the beautiful afternoon. 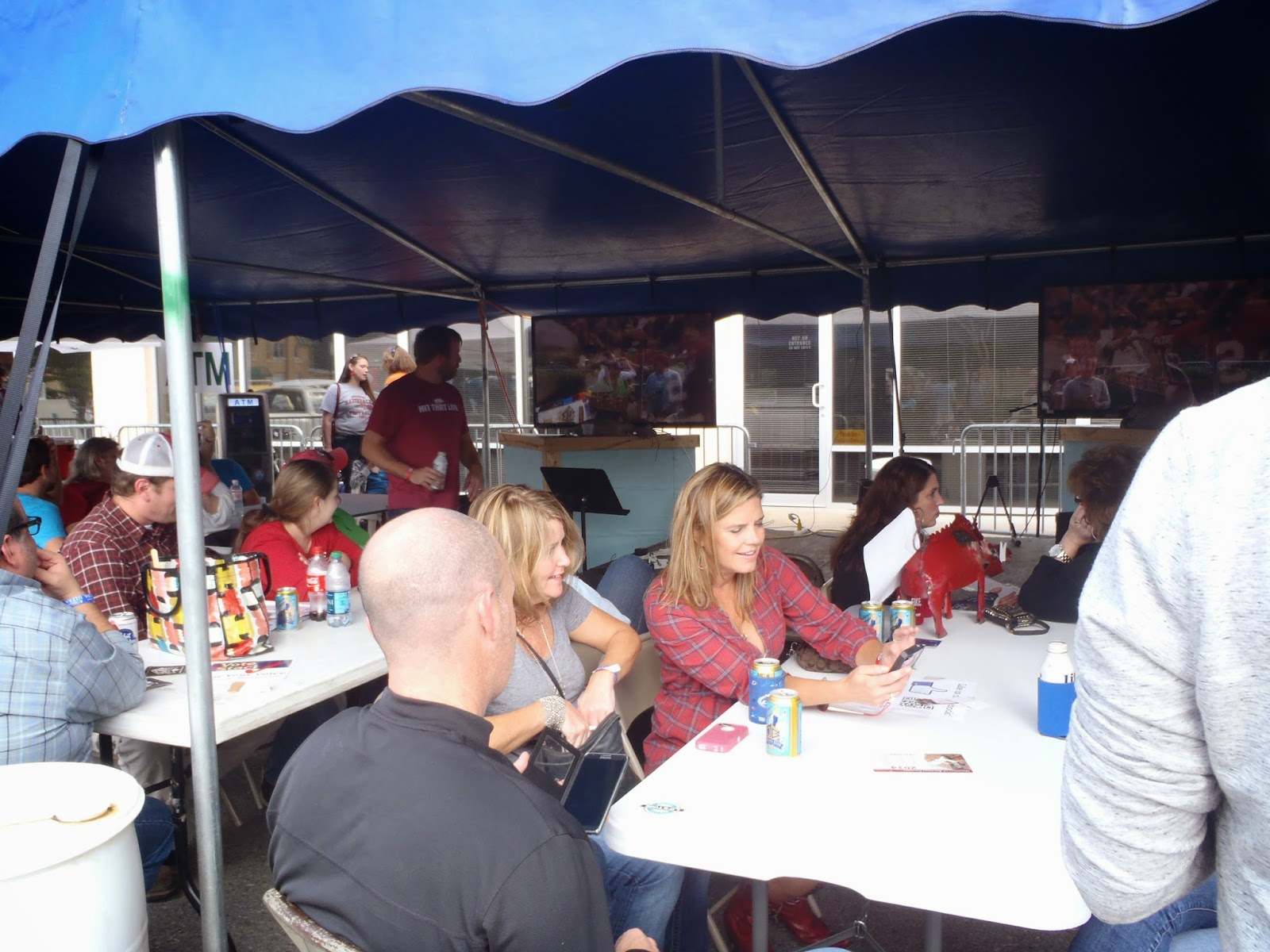 The beer garden was still crowded when I arrived after 4PM, with many folks watching the Hogs on big screen TVs. As I took photos, this lady apparently took offense, "Hey! What are you doing?"
"Taking pictures for a cycling blog. I'm not taking pictures of you, but I can." 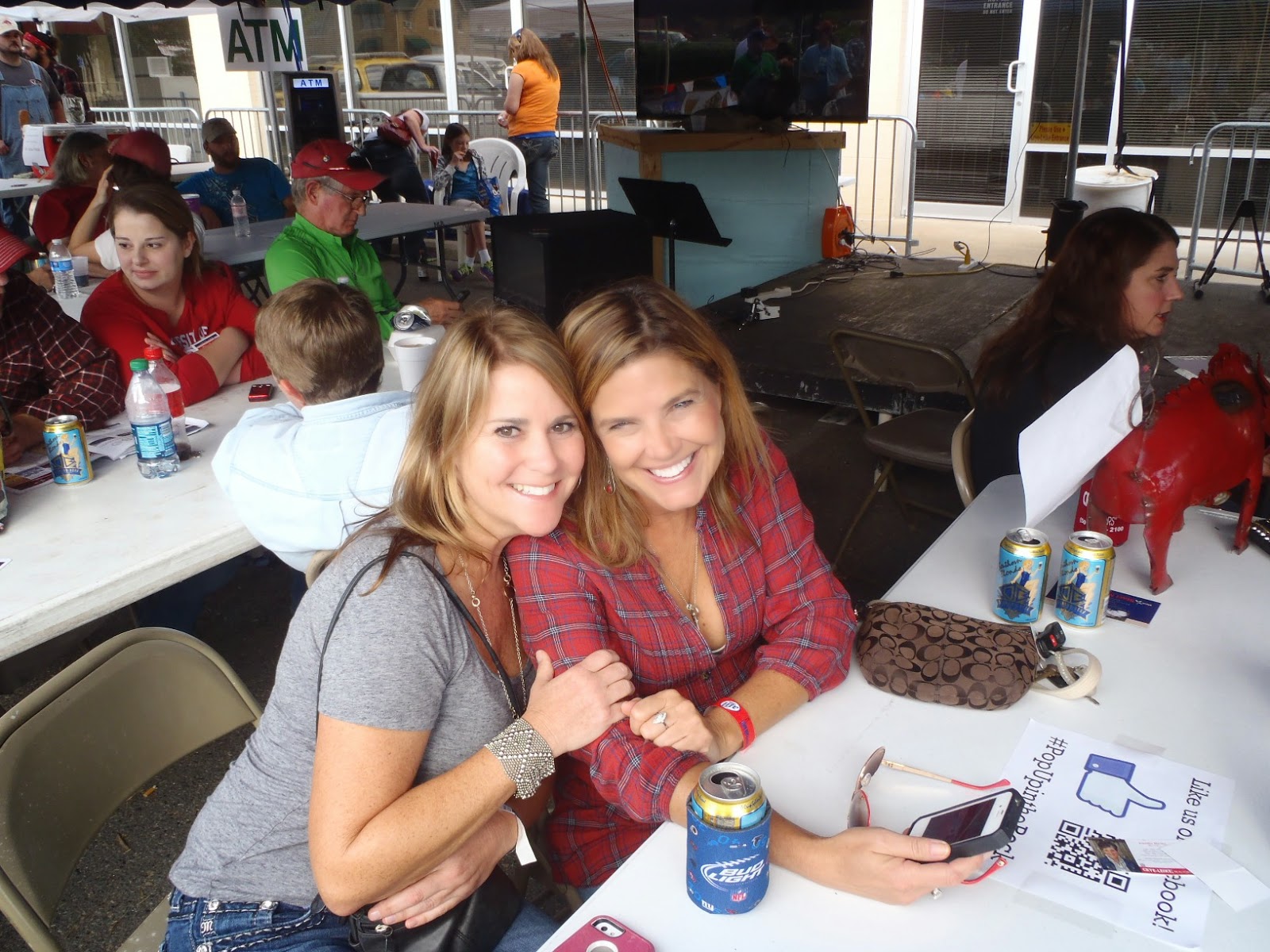 Show me the love! My charm and a few beers can usually bring out the best in people.
This was also the first time in many years that a beer could be legally bought in Park Hill. A recent vote allowed alcohol sales in the long dry township for the first time in decades. We're hoping that the change will bring more local dining opportunities. The PopUp events can help showcase what a neighborhood can be when made more pedestrian and bike friendly. We have a local bike shop in the form of Angry Dave's, and would like to see more local businesses join the neighborhood.
I wish that I had taken a photo of the beaming BACA President Mason Ellis, PBR in hand, as he glowed in the success of this well-received event. Even as the tents came down and the tables were being folded and loaded into trucks, families were still lined up at the Baggo court challenging their neighbors to a friendly game. That's what I want my neighborhood to look like.