As I started my Thursday evening ride, I ran across Jeff Caplinger of NLR Parks and Ranger Ian Hope near the BDB. They were installing the last of the 911 location medallions along the main North Little Rock River Trail. They had started near the submarine and had placed the markers at .2-mile increments. 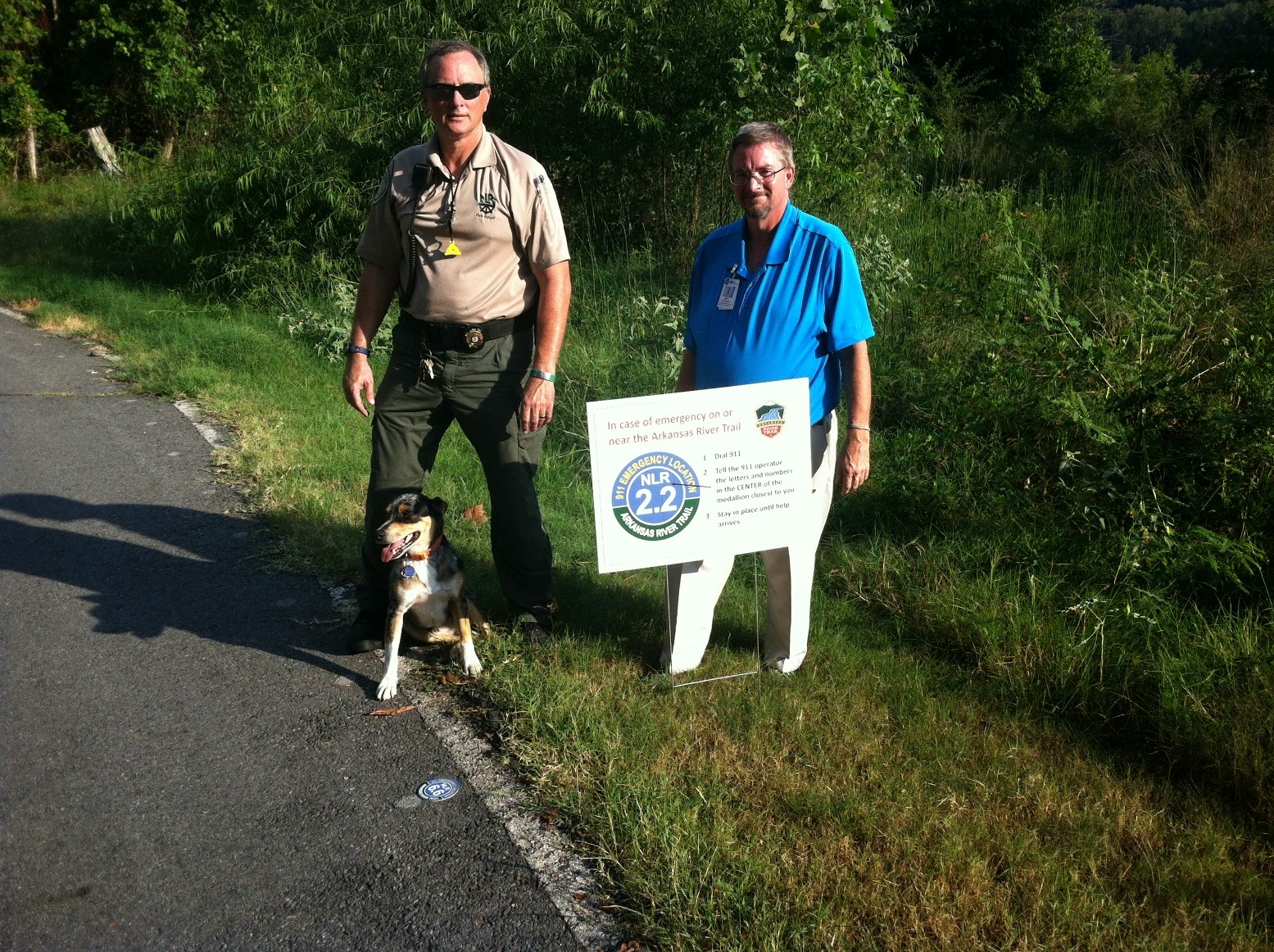 The road crew. Ranger Ian Hope, goose control officer and all 'round good dog Shep, and Jeff Caplinger, Projects Coordinator for North Little Rock Parks and recreation.
Jeff had placed the medallion at this location, and was preparing to place a temporary sign with information about the markers and their purpose. Ian was watching for traffic. Shep wasn't doing much work when I arrived, but he did hop out of the truck to pose for a photo. I've got to admit, though, that there was not a goose in sight. 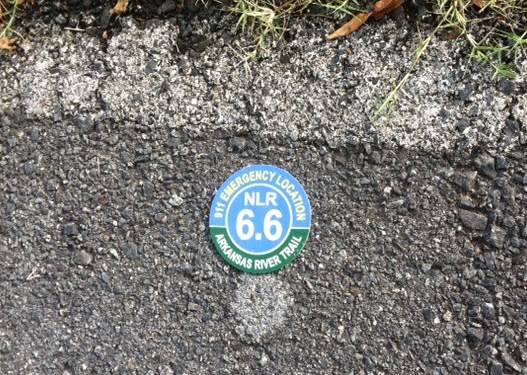 The markers are glued down with an epoxy cement.
In an emergency, the information on the tag will allow 911 operators to access the GPS location to pass on to emergency responders. Knowledge of the location can also tell them whether an ATV, boat, or other transportation might be most expedient.
This is the product of a a lot of discussion and planning focused entirely on making the Arkansas River Trail System and adjoining parks safer places.
Posted by JBar at 9:23 PM

Wondering if anyone has comments on Fikes Bikes closing. I am saddened, it was a great place to meet or take a breather. @devorider