The CARVE-sponsored Dr. Feelgood Burns Park crit series got off to a huge start last Wednesday and continues   Wednesday evenings on May 30, June 13, and June 20th. 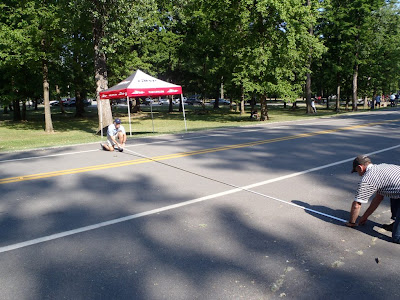 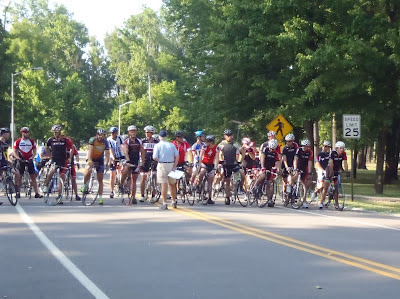 The field for the Cat 5 race was huge! Last year's first race featured a dozen or fewer riders, growing each week. Last Wednesday, 36 riders were at the line for the first race, and it was FAST, averaging over 25MPH. 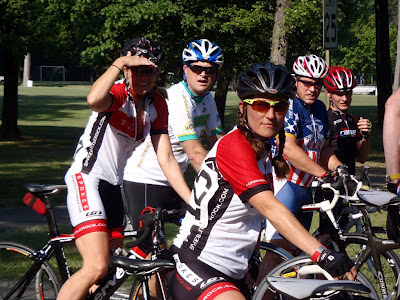 This ain't no stinkin' boys club, either. Jo Spencer and Chrissie Fox were among the female racers.


The series culminates in the Star Spangled Criterium on Sunday, July 1, on Riverfront Drive in downtown North Little Rock. While the Wednesday series is mostly for fun and primes, the July 1 event will be for a state championship, prizes and $$$$! From the CARVE calendar:

Come show Central Arkansas your stuff at the Dr. Feelgood Star-Spangled Classic Criterium on Sunday, July 1st.  Following on the heels of the Dr. Feelgood Burns Park Criterium Series, the Classic will be held on Riverfront Drive in North Little Rock.

This year the Classic is also the Arkansas State Criterium Championship.  Come out and compete for a Championship jersey or medal, and over $4000 in cash and merchandise.  Or just come out and have a great time watching and cheering on the competitors.
The event includes criterium races for all ages and categories, starting at 8:00 a.m.  For more information see the flyer.    Final Results will be posted following the event.

Last year's event drew big crowds and featured some great racing. July 4 falls on Wednesday this year, so with no long out-of-town holiday weekend, there should be another good turnout.