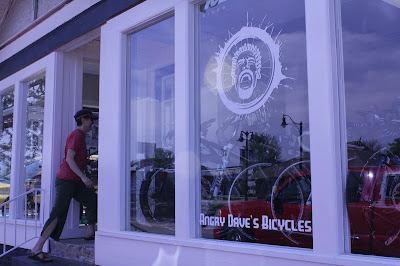 Angry Dave's resides behind this attractive storefront on Park Hill

After a long stint at J&P Bikes in Sherwood and time with both Competitive Cyclist and Spokes, Dave is pursuing his dream to have a shop of his own. Many folks who don't know Dave by name have simply referred to him as "that tall guy" who worked on their bike. Some folks feel that bike shops can be a little snooty to the uninitiated shopper, but they shouldn't be put off by the "angry" part. I'm not sure how Dave picked up the nickname, but I've always found him to be a pretty mellow kind of guy in that bike wrench sort of way. 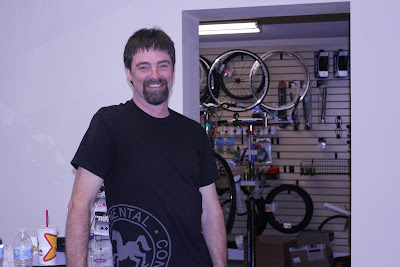 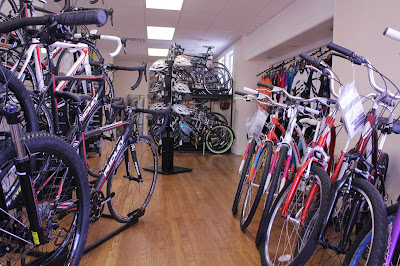 Bike brands at Dave's will include top names like  Ridley, Intense, Marin, and Electra. 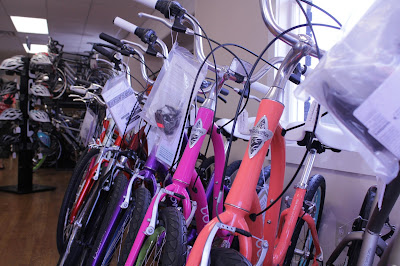 Electras should be popular in Park Hill. 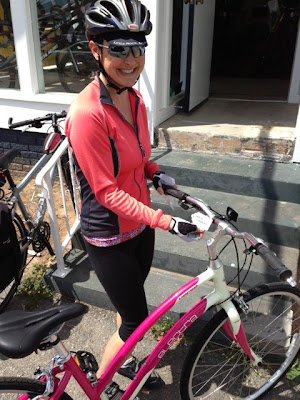 Diane loses all sense of practicality every time she lays eyes on a pink Electra. So far, I've managed to convince her that her existing quiver of road bike, mountain bike, and commuter are enough, but I think it's only a matter of time before she goes for the cruiser. 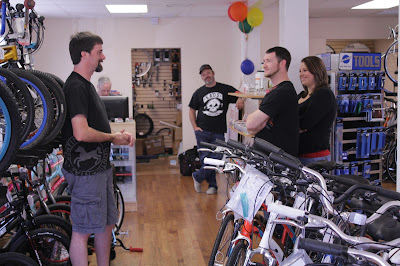 When Diane and I dropped by last Saturday, Dave and his dad, Bruce, were still putting things in their place and cleaning up as they answered questions from customers.
In addition to the lines of quality road, mountain and cruiser bikes, Dave's seemed to have a good range of product for the BMX crowd. I don't know anything about that cycling discipline, but BMX has produced some of the better riders I know, especially mountain bikers. As for accessories, Dave has Giro helmets, Park tools, and Giordana looks to be the featured clothing line. I love high quality bibs and have had success with several brands, but, for me, Giordana seems to consistently fit and wear better than most other premium lines. 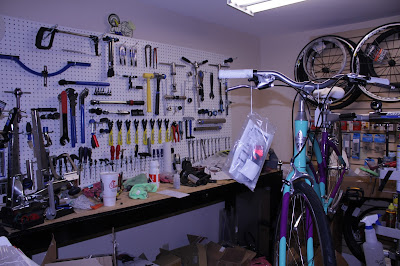 Dave tried to wave me off as I took a photo of his "messy" shop, but it looked pretty organized to me, in spite of a few empty boxes.
I grew up in Park Hill and we live there now, and both of my parents grew up within a couple of blocks of Angry' Dave's location, so I'm delighted to see a bike shop in what is very much my neighborhood. Though there are many very good bike shops in town, the Park Hill area was in a bit of a void that has now been filled. I hope that our growing cycling community will support its newest shop.
Here are details of this Saturday's grand opening from Dave's Facebook page:
ANGRY DAVE'S BICYCLES GRAND OPENING!!! April 27th!!!
Three BMX stunt shows, burgers and dogs, cold beverages, and LOTS of really cool bikes!!! Come see the newest shop in Central Arkansas!! 10-5 and shows at 12, 2, and 4 pm!!
Posted by JBar at 5:23 PM