Developments surrounding the construction of the Two Rivers Bridge will be a continuing topic here, as 1) it's a big deal and 2) some phases of construction will likely affect River Trail usage.


The past weekend afforded me opportunities to scout the sites of both ends of the bridge. Saturday, I met my usual crew of tormentors at Two Rivers Park for an out and back ride to the junction of Hwys 113 and 300 on Wye Mountain. It was a great day by recent standards, which doesn't say much, but at least the sun was shining, so afterwards, I rode down to the east end of the park to take a look at the bridge site.
Then, on Sunday, Diane and I took a town ride that included the construction site on the River Trail side. 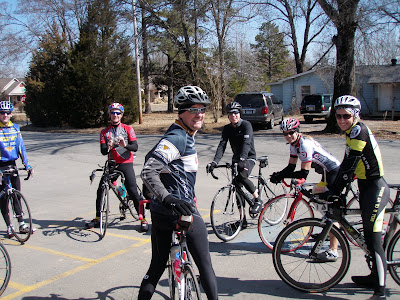 The Country Store on Highway 300 was declared "bike friendly" by the young lady working there, though she confessed that she doesn't "know how to drive one". She may have simply been intimidated by the appearance of this crowd. 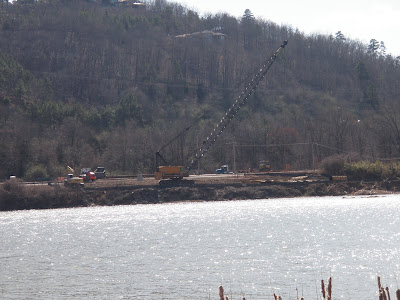 The heavy machinery has gone to work on the south approach... 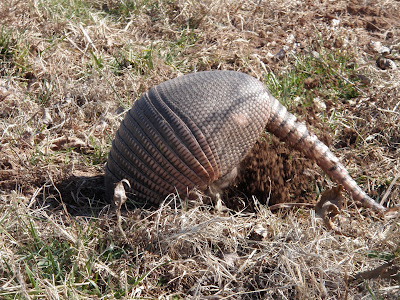 Heavy machinery has yet to make it to the Two Rivers side, but preliminary excavation was underway, nonetheless.
Parking Will Be A Problem
Parking at the River Mountain boat ramp is going to be problematic as spring progresses. There is not enough room to absorb the capacity of the areas closed for the bridge construction and the launch ramp users need plenty of room to maneuver and park their boats and trailers. There is bound to be resentment as cyclists and other trail users take over "their" lot and we need to be mindful of their needs. In the early days of the Fast Girl rides, we got a little cross with the fishermen at Cook's Landing, but after we talked to each other, it all worked out. Keep in mind the distances required to park and turn a trailer. For riders, I'd suggest parking at one of the many lots along Rebsaman Park Road and leaving the spots closer to the BDB for the walkers. 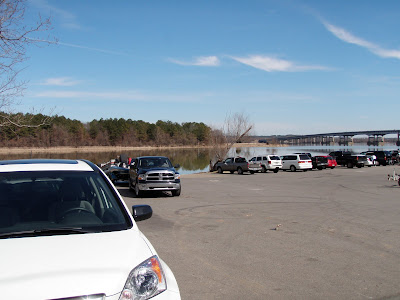 At least one boater left in frustration while we watched after being unable
to get a clean approach to the ramp on the newly crowded lot. 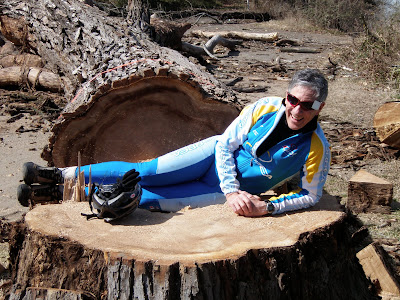 The Little Rock Parks folks cut down this huge old cottonwood just west of the ramp. It was a bit of a landmark, but had been dead for a few years. Aspiring supermodel Bill "El Tigre" Steward serves as an object of perspective to give the reader an idea of the tree's girth.
Posted by JBar at 5:12 PM