My Entry Into Social Media.....

....or "The Jetsons meet The Flintstones" 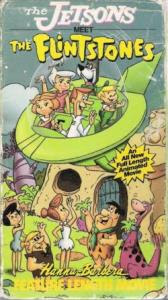 In this action packed episode, Elroy invents a time machine and uses it to drag JBar Cycling into the 21st Century
OK, maybe it's not that cool or earth-shaking, but I finally decided that I needed to set up a Facebook account before I was left hopelessly behind. I am not technology averse but have been slow to realize the extent to which social media has taken over as the primary mode of communications for many people. As one who admittedly remembers party lines and the introduction of the touchtone phone, I must admit that, having had visibility of Facebook for only a couple of days, I'm still trying to get my arms wrapped around the concept and the possibilities. That said, I'm about to push the button that should make this space visible in Facebook world. We'll soon see. Or not.
Posted by JBar at 10:13 PM

Rut-Ro Reorge!! I tried to find you on facebook, but there were too many John Bartons. So look me up Ashley Burdess. I'm pretty sure there aren't many of those. Great way to keep up with people that you never talk to. =)