*or, The art of avoiding depression when the weather sucks.

The recent spell of winter weather has kept most folks off of the bike. For the most part, I have been among them. I'll ride in the cold, but I avoid riding in the rain and I sure as hell avoid riding in the cold rain. Add a demanding workload, even with the slightly longer days, I have not been able to manage anything in the way of after work rides. Even headlights, warm gear, and the promise of post-ride satisfaction won't get me out after dark in a cold drizzle.

Last Saturday's forecast gave me hope of getting in some quality time in the saddle, but I needed to ride early and the predicted early morning temperature was in the teens, rising into the low 30's over the course of the day. That is manageable on the road bike, but it is quite comfortable on the mountain bike, so it was off to Camp Robinson! I haven't spent nearly enough time on the dirt this winter, so  I was overdue, anyway.
Our Willie dog doesn't even raise his head when I get on the road bike. He's learned there's nothing in that for him, but as soon as I pick up my hydration pack, he goes on high alert. That usually means a mountain bike ride and he loves to run the trails at Camp. With the exception of squirrel forays, he runs ahead of me, usually at a pretty steady pace, though I think I have caught him checking me up on the downhills before bolting to drop me on the following climbs. In other words, he behaves much like everybody else that I ride with. 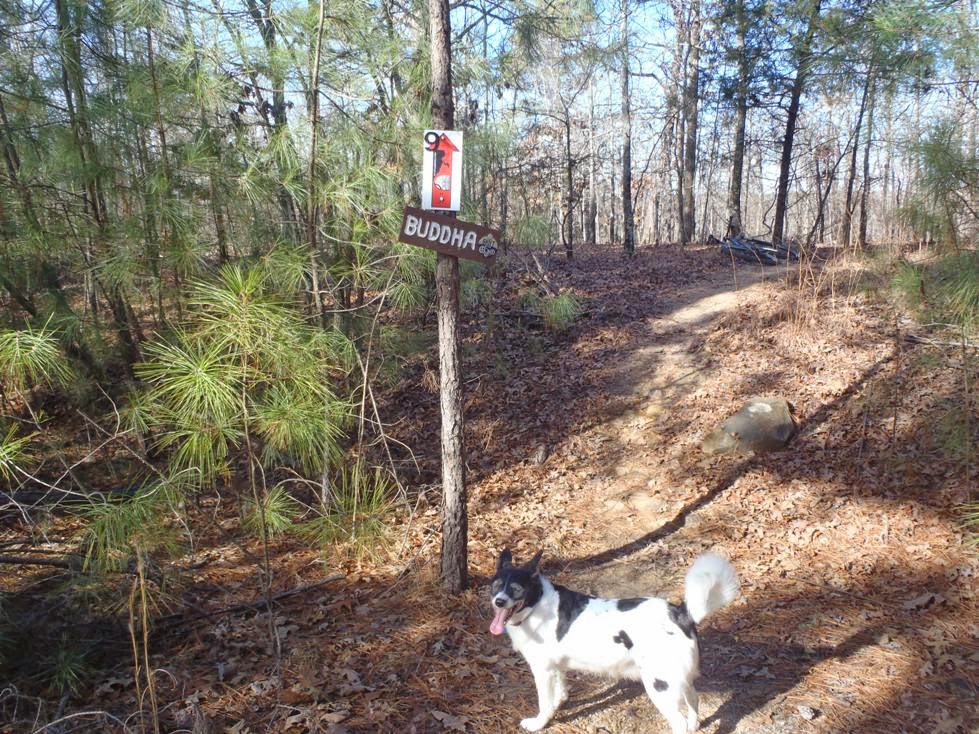 Willie is an impatient ride partner. In spite of the fact that he's been lax in his training, he ran 9 miles and was ready for more. 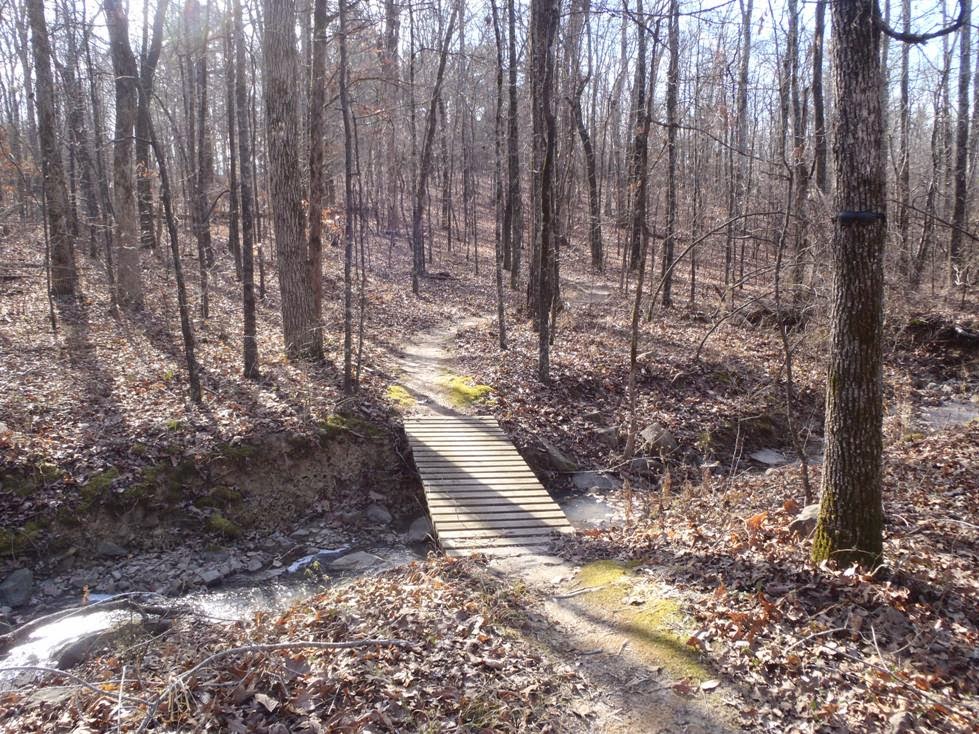 The trail surfaces were hard packed and clean. Most of the creek surfaces were firm, as well.
Even with temperatures in the mid-20s, the combination of low speeds, shelter from the wind, and the interval-like efforts of mountain biking, it was a very comfortable ride. The hard part is convincing yourself that it will be OK once you get out the door. 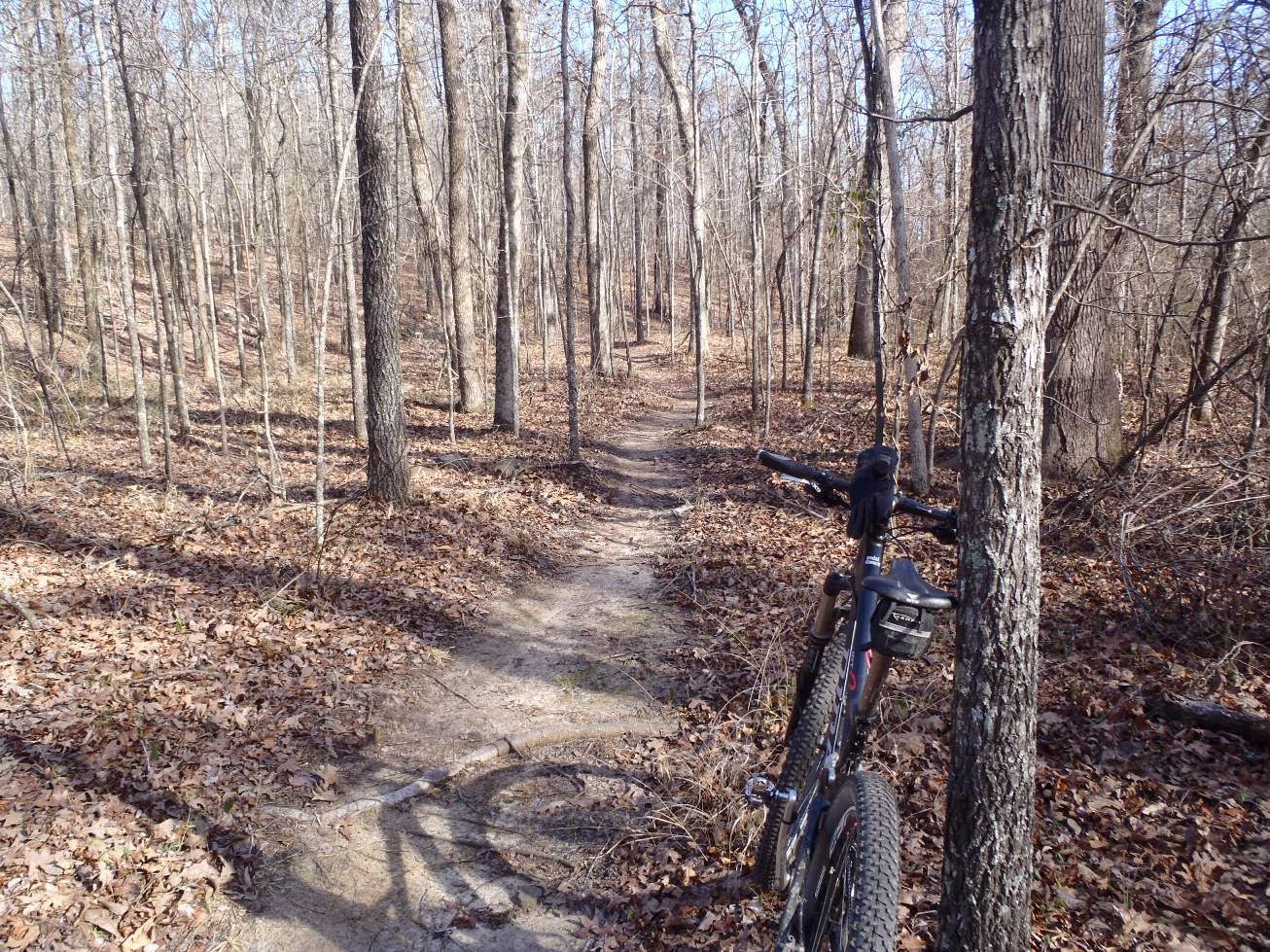 It's hard to find trail conditions better than this, anywhere.
The trail conditions at Camp were superb, thanks to the many hours of work done by volunteers like Basil Hicks and the fine folks of the Central Arkansas Trail Alliance. Water crossings have been hardened (and I don't mean frozen, in this case) , bridges have been built and trail have been rerouted to more sustainable paths. I will confess that I have not been paying my work-in-kind dues this year. I have done a bit of leaf blowing and brush whacking in the past, but my small efforts pale in comparison to the job that has been done over the last couple of seasons. I stuck the higher ground, so the trails were dry for the most part, and frozen elsewhere. The sun was starting to thaw the surfaces as we finished up, resulting in a little mud. 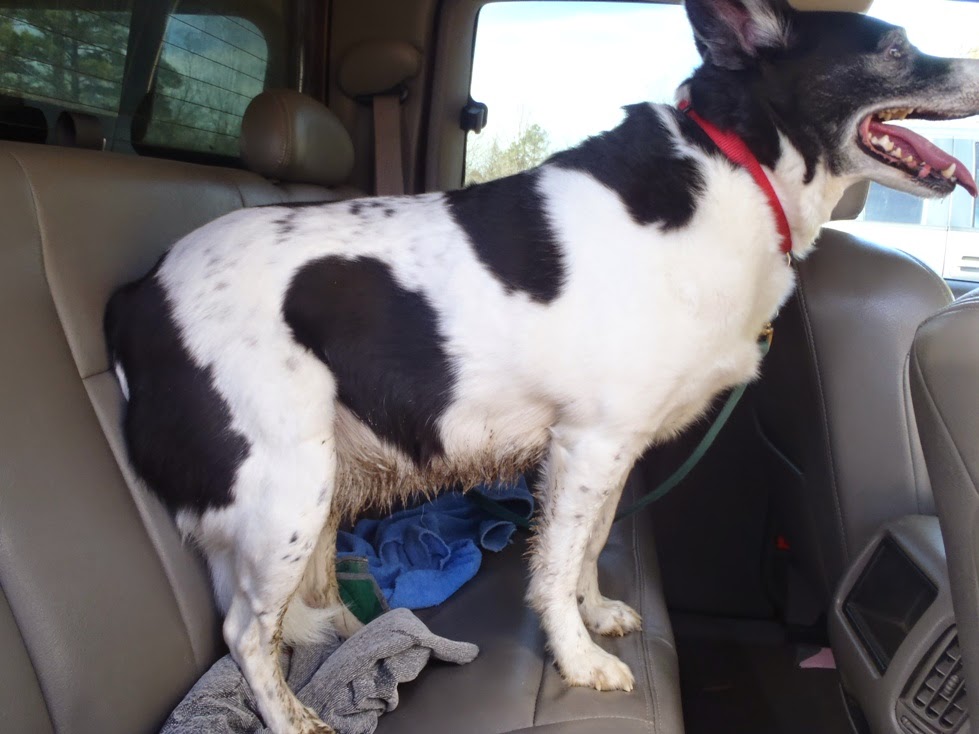 When I moved Willie from the driver's seat to the backseat of the truck, I discovered that his belly was caked in frozen mud, earning him the new rap name of Icy Mudflap.
Riding at Camp Robinson
I don't know the current trail mileage at Camp, but I'm guessing 35-40 miles. Difficulty ranges from easy to "someday I'll get up that without getting off of the bike." Camp Robinson is an active military facility and you must obtain a Sportsman Pass to ride (or hunt, fish, etc). Things have become a little easier on that front, in that passes are available at the main gate visitor center from 10-6 Monday through Saturday. They cost 25.00 and exact cash is required. Save yourself some frustration and make sure that you have correct change, along with your drivers license, auto registration, and proof of insurance. After you have a pass, it is a simple matter of signing into the log book upon arrival and signing out when you leave. You will need to show your ID and pass at the gate.

My friend Joe Jacobs at arkansasoutside.com reports that Camp now offers a $5.00 3-day pass, thanks to the efforts of the Central Arkansas Trail Alliance. This is great news!