Miles- Another Year On The Bike

Well, another year has come and gone, and many of us compulsive types are evaluating our year on the bike. For a lot of folks, that may include finishing times in events like the BDB or Tour de Rock as we  measure our progress or lack thereof. For others, race results might define the year, but for every rider who is counting anything, a tally of total miles is a factor in defining the annual body of work.
Any time you get a bunch of riders together this time of year, you'll hear discussions on the subject. When somebody asks you, 'How many miles did you ride?", it is usually a prelude to them telling you how many miles they rode, especially if they are pretty sure they rode more than you .
So, before we go any further, "How many miles did you ride?"


Riding a bunch of miles is usually a good thing, but is possible to let mileage goals become the master of your ride plans. I've always claimed that my mileage is just history and I mostly let the chips fall where they may. That said, I'll admit that I did not want to end the year with 5947 miles, so I wandered around the River Trail for 54 miles on New Years Eve with temperatures in the mid-30s. I had taken a day of vacation so I started mid-morning, stopped in to the Heifer Village Cafe for a flatbread turkey melt, and got home in plenty of time for a football overdose that left me snoozing on the couch. It was far from being an epic ride but, being a numbers guy, I felt that I had accomplished something, however unimportant.
Big Miles: Chasing a phantom
When I started riding, a neighbor took me under his wing and taught me a lot about riding on the road. He also happened to be a guy who road an incredible number of miles and who rode almost every day, being an early retiree. I couldn't match his schedule, but by his example I started racking up some miles. It took me a while to figure out that my mentor was a bit of a freak. Another buddy, who we will call Mr. T, was a long time rider, and was taken aback one January at my answer when somebody online asked what my mileage goal was for the year. I hadn't even thought about it, but responded that I didn't have a goal but figured I'd ride around 5000 miles. My phone soon rang. It was Mr. T with the question of, "Do you know what kind of a commitment 5000 miles is?"  No commitment at all, I said, just an extrapolation of a 100 mile per week average, which was about what I was maintaining over the winter.


After that Mr. T asked me frequently about my mileage. We had always been somewhat competitive, but I was a newbie on the bike and I happily shared my numbers. I finally caught on in June when he blurted, "I don't care how many miles you ride. I'm going to ride more." I won't say that I was shocked, but I will say that my response was, "OK, I'm not going to tell you my mileage, anymore."  Did I mention that Mr. T and I were a bit competitive?
From that point, we were playing a game of blind man's bluff. I just kept on riding, and got occasional reports from mutual friends that Mr. T was racking up some big miles, soon surpassing my efforts, though he didn't know that. I had conceded shortly after we started, but I found that a mutual friend had been feeding Mr. T bogus information concerning my accumulated mileage. "I saw Mr. T the other day and he asked me how many miles you had. I told him around 6000...", or 7000 or whatever he knew would serve as a poke at that time. Mr. T chased that ghost right up to New Year's Eve and rode over 9000 miles for the year, tripling his biggest previous year. He also didn't get back on his bike for a couple of months. He had chased the fun out of riding. That was my first full calendar year on the bike and I finished with around 8300 miles, still my biggest year to date, but I was also still in love with the bike. 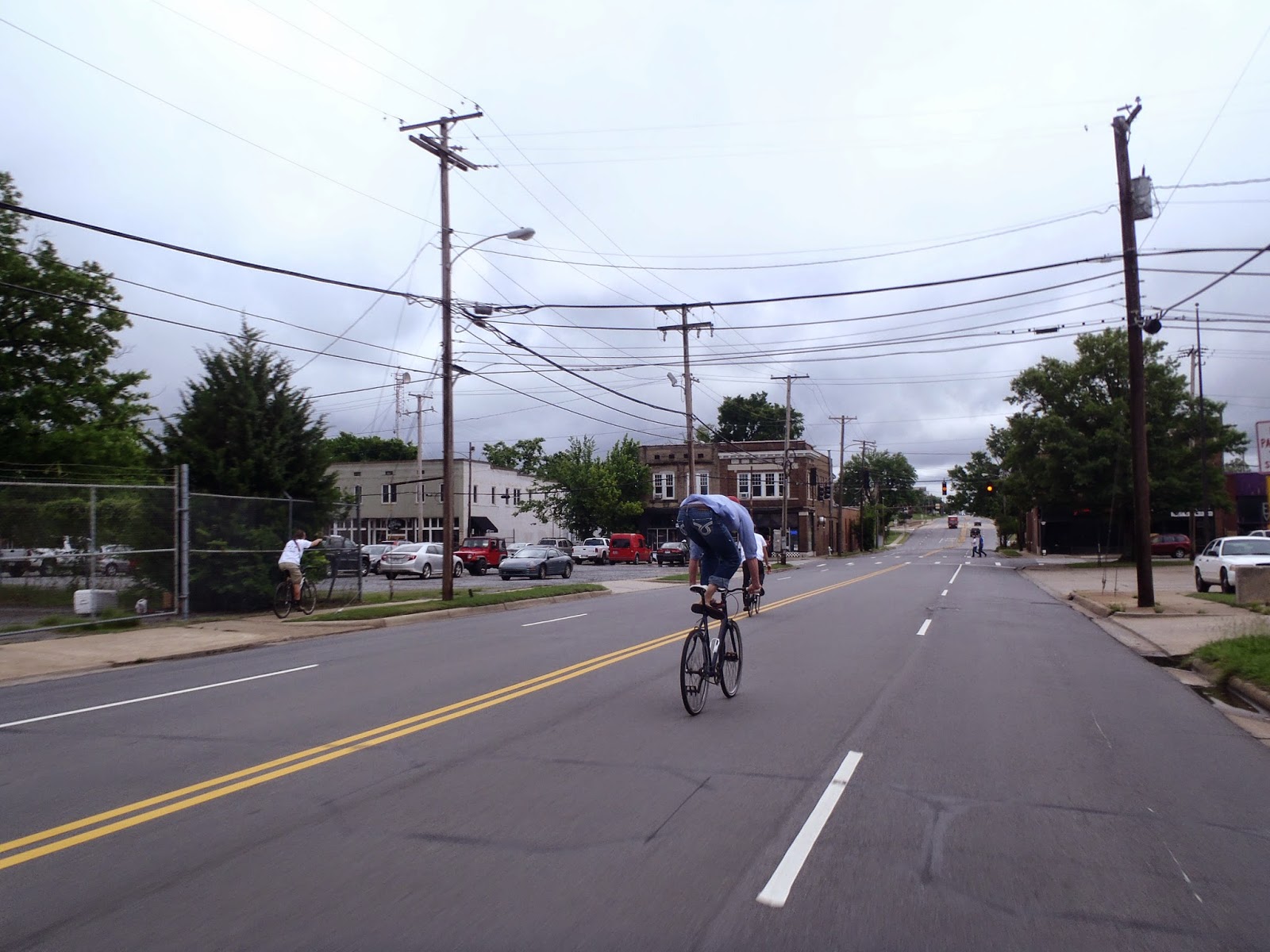 Riding your bike is supposed to include fun!
If there are points in that story, they are that you shouldn't let an arbitrary goal drive the enjoyment out of your ride, and that you only really win a competition if somebody else is in the race. That's not to say that goals are bad or that all rides are going to be fun. Suffering on the bike is part of the drill if you want to get better, but if you find that you dread more rides than you are enjoying, it's time to re-evaluate.
More Miles Don't Equal "Better"
Sure, you've got to ride to improve your performance. I've been pretty consistent in riding about 6000 miles per year since I started riding 10 years ago. I've ridden over 7000 a couple of times and under 6000 once. My typical rides involve cruising the River Trail and getting out on the road with a few friends for longer rides. Some are harder than others, but few qualify as training for anything more than going out and logging a bunch of miles. If you want to race or drop everybody on the big climbs, you need to add some structure and intensity. That's called training, and it's usually not as much fun as riding. My mileage prepares me perfectly for riding around in circles on the River Trail. Racking up a lot of miles just means that you ride consistently, not that you're a badass.

I had this conversation recently with a rider who had logged a very respectable year on the bike, but he included a few thousand "trainer miles" in his total. It may be on your Garmin, but if you can't map it, it's not a ride. It's training.


Here's a fake Bob Dylan with a few words about trainer miles.The Spanish Bob Dylan tribute band is as real as miles logged on the trainer, but more entertaining. Here's "You Ain't Goin' Nowhere"

PS: It's also bad form to refer to a 62-mile ride as a "century" unless the word is preceded with "metric".

More project we see the pipe is must for all construction for more check the pipe threading machine manufacturers.