Local cyclist Kris French has been calling up Friday lunch rides for the last several weeks. In most circumstances, I would have said, "Kris has been leading a ride...", but I don't want to encourage regular folks to actually follow Kris.
I needed to pick up my Gran Fondo packet at Orbea, USA, so I decided to hop on my town bike to secure my goods and join the lunch ride. At one point, I thought Lance Armstrong might join us, but I think he got a better offer in the form of a round of golf at Alotian. Lance is in town for the Gran Fondo. He announced his plans yesterday via Twitter "Heading to Arkansas tomorrow for the Little Rock Gran Fondo. Looking forward to it! @lancearmstrong", and, according to Fondo organizers, had simply gone on line, paid his money, and signed up like the rest of us. 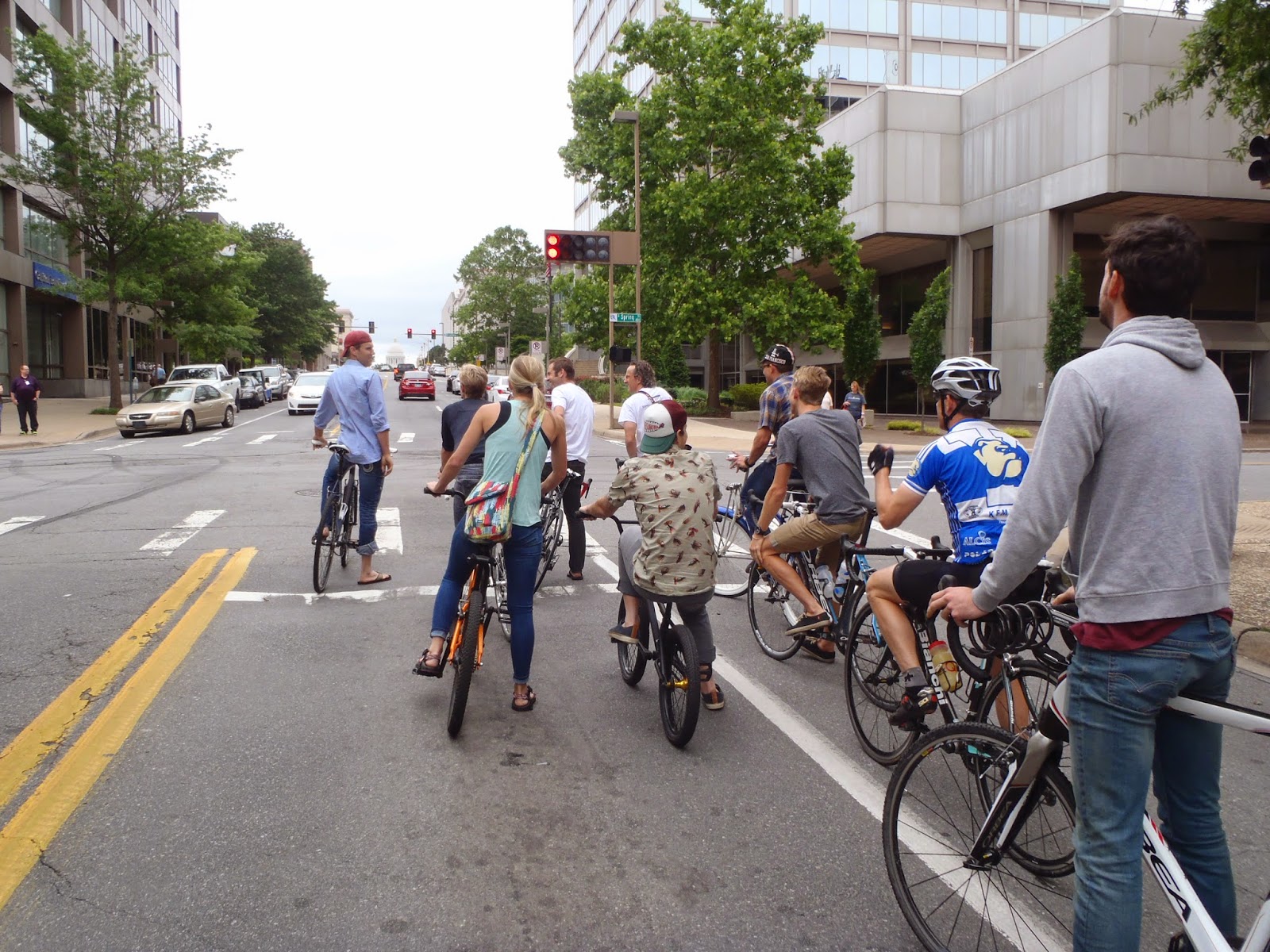 We had a pretty big group and the bike selection ranged from Keegen's Euro Orbea BMX rig to Vinny's vintage Schwinn. Makes you proud to be an Arkansawyer, doesn't it? Photo poached from ace photographer Bob Black-Ocken's Facebook post. 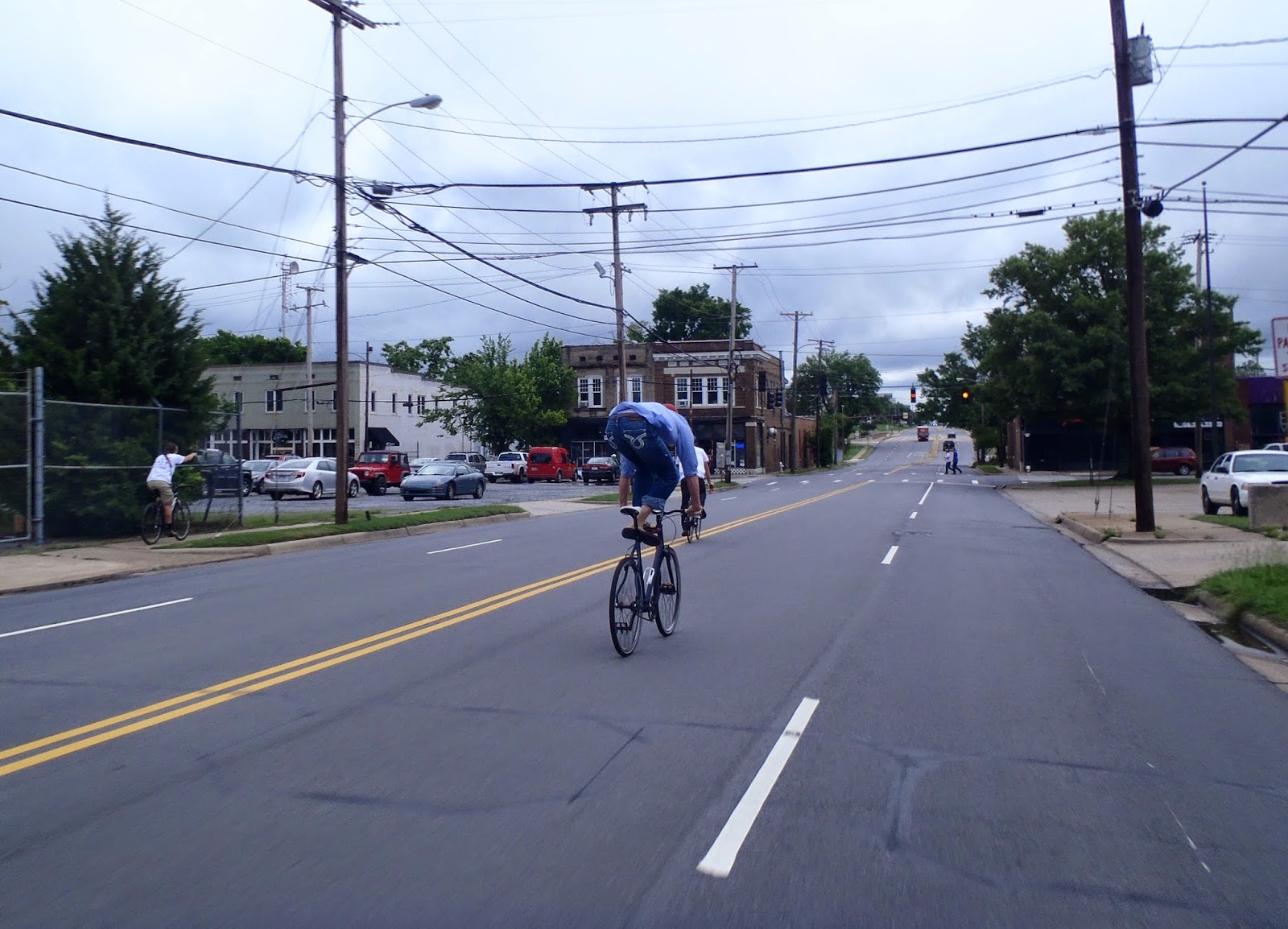 Ride leader Kris French on approach to Vino's. He chose designer jeans over the Superman skinsuit he rocked at the recent downtown crits. There was some discussion of the gender for which said jeans were designed. Results were inconclusive. 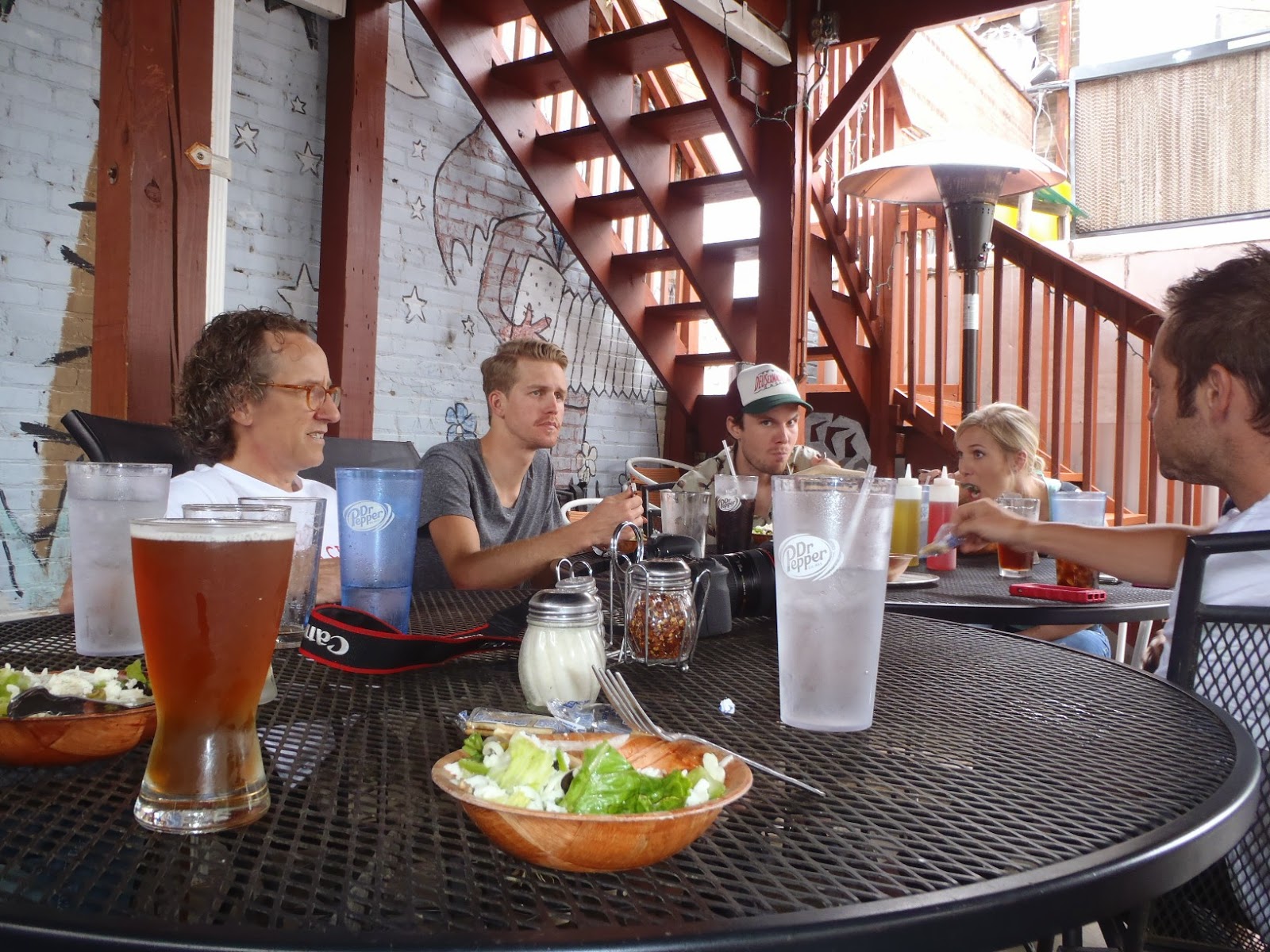 I stuck with water for the lunch ride, but the beer drinkers were divided between the Arkansas Outside Amber and the Pinnacle IPA, both fine choices.

I think anyone is welcome to join Kris. The ride departs from Orbea/ Spokes  at 119 Main in downtown Little Rock. Bring lunch money, a mellow attitude, and don't get in a big hurry. Destinations vary.
Enjoy the ride.