After noticing some strange, as in "not carried by Spokes", mountain bikes on the Spokes bike shop RV last week, I pressed owner Mat Seelinger for details. He was forthcoming, but asked me to hold off on this article for a few days.

It seems that Bicycling Magazine had chosen Lake Ouachita Vista Trail as the venue for testing mountain bikes for their Editors' Choice Awards. As you may recall, Mountain Bike editor-in-chief Peter Flax was in central Arkansas for the Big Dam Bridge 100 last fall. I had to opportunity to visit with him a bit and found that he was very impressed by our hospitality and by the local riding scene for both road and mountain bikes. I'm a long time subscriber to Bicycling and since I never saw any mention of that trip in Peter's regular column, I assumed that perhaps he had a "one date" relationship with Arkansas. "He don't write, he don't call...."
That assumption was incorrect, as Peter has been back at the Capital Hotel in the last week, ready to gather his crew and a load of state-of-the-art mountain bikes to be tested and reviewed. 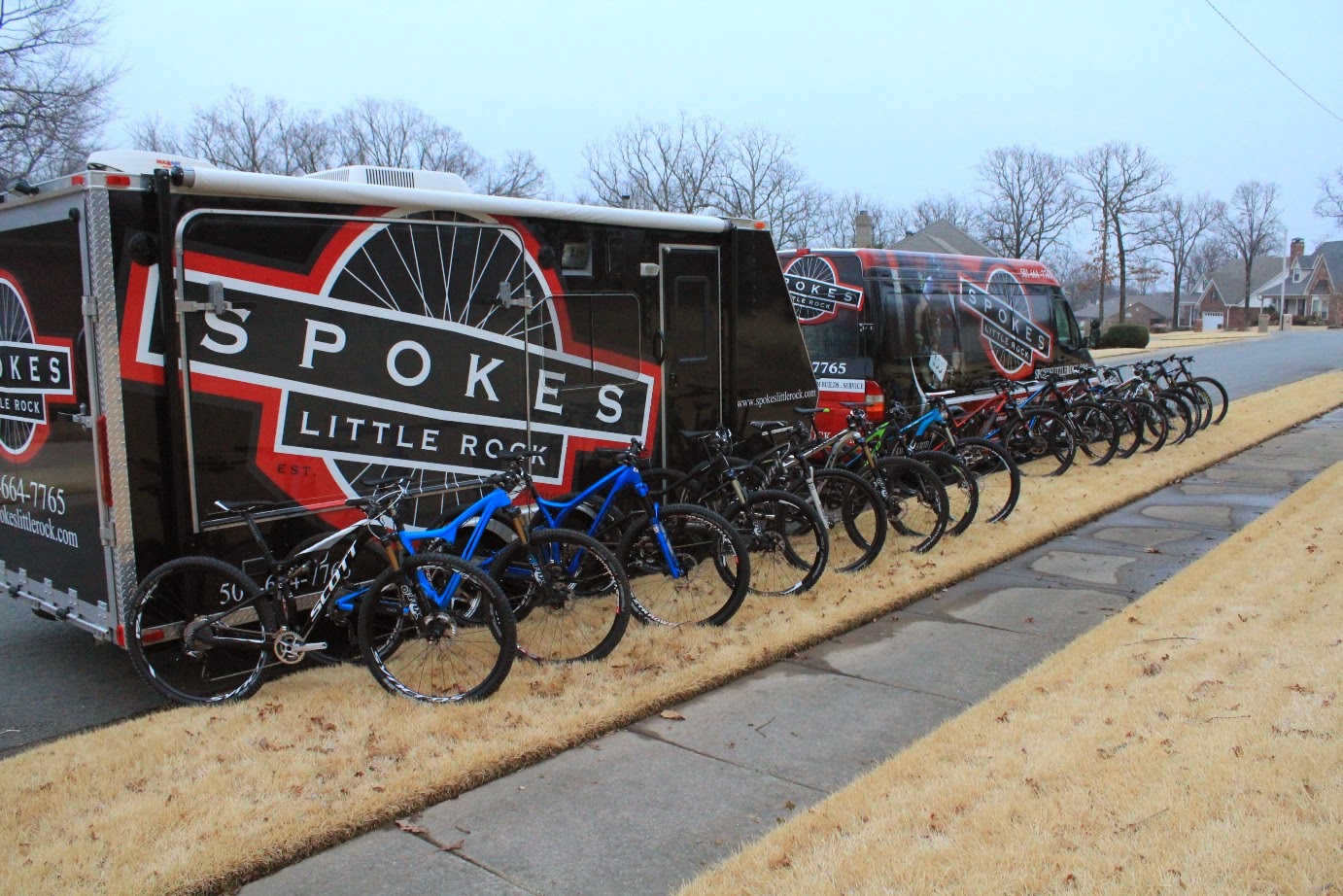 Ready to roll! The Spokesmobile and trailer serve as a backdrop for an impressive array of mountain bikes. 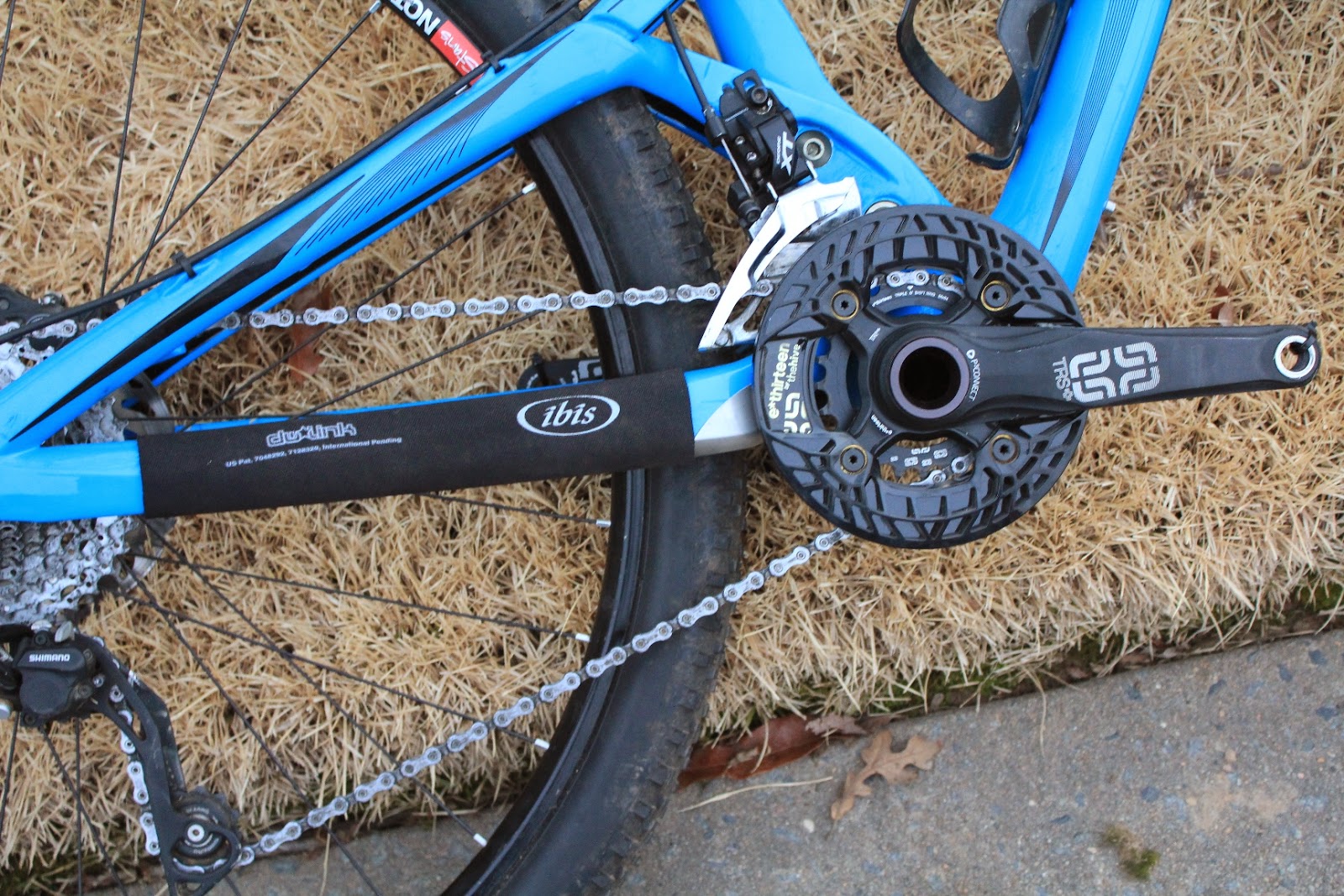 There was plenty of bling like the Hive crankset. 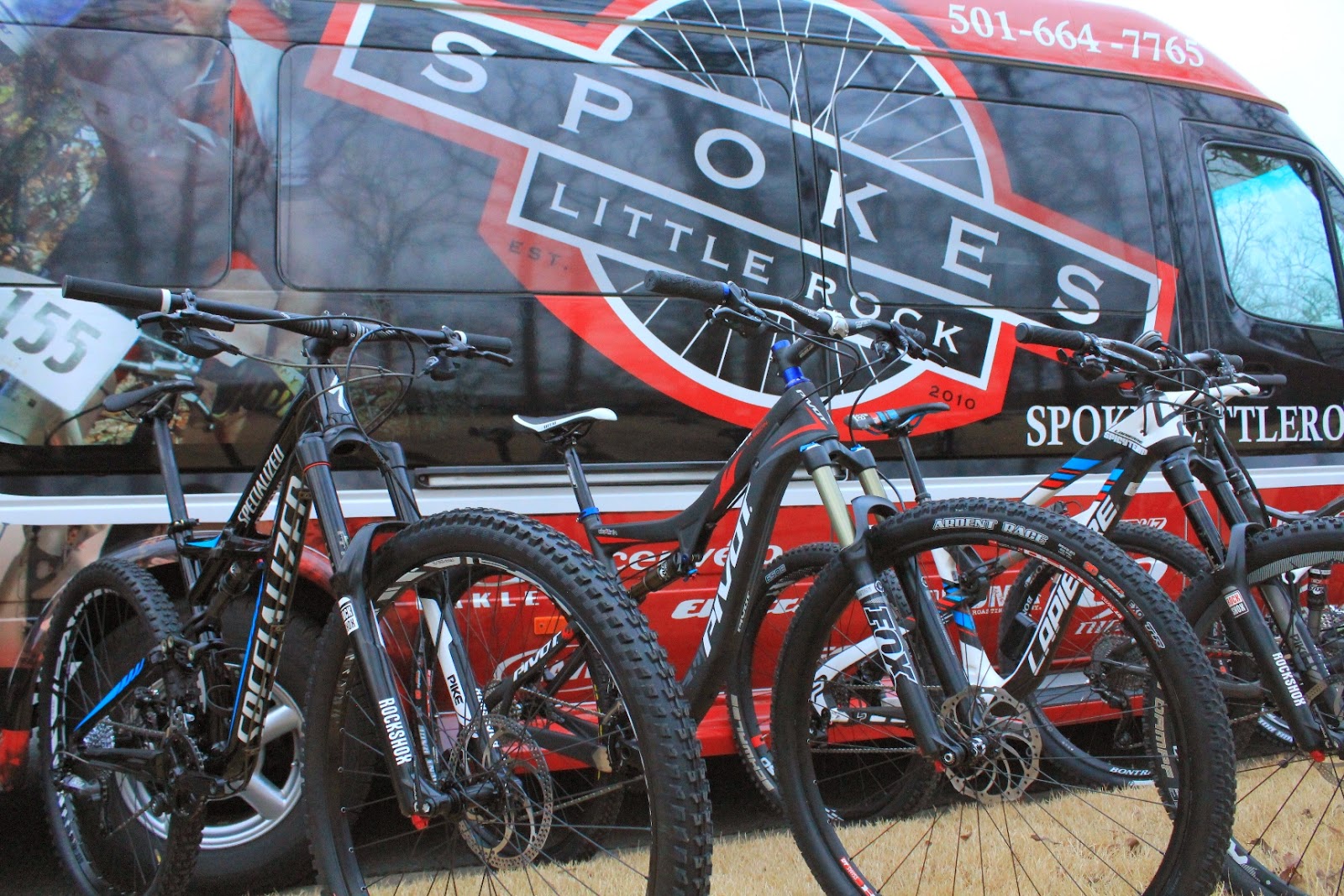 This just made me want to go out and get some of these bikes really dirty!
Mat was flattered that Spokes was chosen to help get all of these bikes ready to ride and he offered up the use of the highly visible Spokes rig for the purpose of transporting the bikes to Mountain Harbor Resort and the Vista Trail. Impressive stuff.
The choice of locations by Bicycling says a lot about the recognition of the growing bike culture of Little Rock and Central Arkansas. The former presence of Competitive Cyclist in North Little Rock and the current presence of Orbea, USA, in Little Rock helped put us on the radar with bike industry insiders. The highly visible Arkansas River Trail System and IMBA designated Epic Mountain Bike Trails Syllamo and Womble Trails attract road and mountain bike riders from across the region, helping to build a bicycle tourism industry that is said to now rival hunting and fishing in terms of economic impact in Arkansas. And those road and trail systems are just the tip of the  proverbial iceberg in representing quality ride opportunities in our state.
Recognition has go out to political leaders like Pulaski County Judge Buddy Villines and former NLR Mayor Pat Hays for recognizing the viability of cycling as an industrial catalyst for the region and helping to build infrastructure. Further credit goes out to entrepreneurs like Seelinger, Orbea's Tony Karlins, and Michael Chaffin of the Capital Hotel for helping to build business opportunities around those resources.
Roll on, and welcome to a bike town!
Posted by JBar at 5:28 PM

So very very cool! It will be interesting to read what they have to say about mtb'ing in AR in addition to reviews of all the bikes. They definitely picked a great trail/area to do their testing. Word has it that the article will be coming out in the July issue. Thanks for the inside scoop, JBar!

Mountain Bike mag featured Mena in Sept. 2000 issue. We are very lucky to have Mayor Hays and Judge Villines Thanks Jbar!