On Bikes:Some Things Happening This Weekend 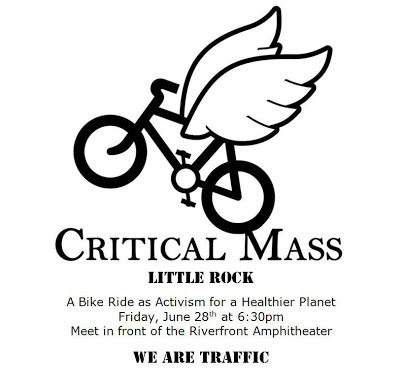 Unlikely to be violent or naked (thanks for that!), but Critical Mass rolls in Little Rock tonight.

Is the critical mass a monthly reoccuring event?