Along The River Before The Trail

We all enjoy the River Trail and the string of parks that are linked by it, but as much as it has become a part of the character of our city, it is a recent development. It is easy to forget that for many years, the riverfront was very much undervalued. Until the McClellan-Kerr Arkansas River Navigation System was built in the late 60's and early 70's, the river was prone to flooding and low water, making life alongside its banks pretty sketchy. Stability and a more desirable quality-of-life was found on higher ground.
A few weeks ago, someone posted some old whitewater photos on the Arkansas canoe Club message board and called for others to do the same.
http://ns13.webmasters.com/*arkansascanoeclub.com/httpdocs/mb/


I looking through my very large and very disorganized photo collection, I came across some photos taken in around 1976 at what is now Victory Lake, the ski at Burns Park. The view is down river toward downtown Little Rock and includes what is now Emerald Park and the Big Rock Quarry. The quarry was mined for rock from at least 1849 until it quite recently became the property of the city for use as park land. 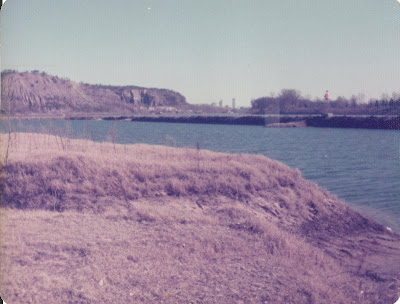 I'm not sure if the quarry was still active at this time, but the barren eroded hillside shown in this photo has a pretty good stand of timber today. 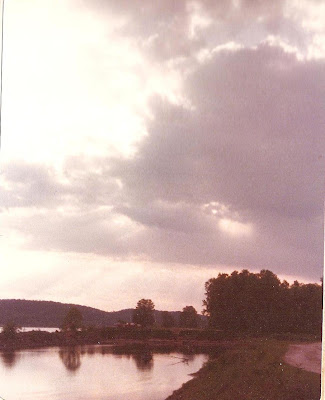 This view is upriver from the same area. Notice the dirt road about where the River Trail now runs. At this time, the area was used mostly by fishermen and  n'er-do-wells like us in search of a place to drink a few beers, throw a little mud and swim off of the sandbars in the river. 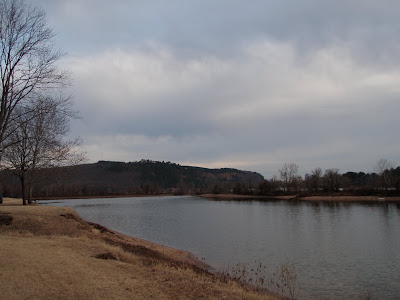 This is the view downriver from Burns Park at Victory Lake as it appears now. Compare it to the photos above, taken in around 1976. 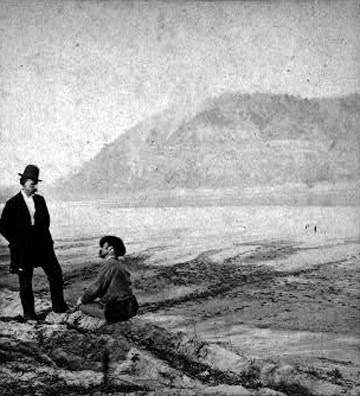 This image of Big Rock,circa 1870 from the Arkansas Historical Society, is a view from the Little Rock side of the river and is even older than my photographs! Over a century of mining changed the shape of this landmark.
Posted by JBar at 9:59 PM