Political Content Ahead- Don't Log Off. I'm not being paid by the special interests, so this is likely to be truthful and I won't try to slander anybody by repeating "O" word over and over or by referring to billionaire vote buyers.

Which is not that say that I could not be had. I wouldn't come cheap. My principles are high but JBarCycling is not much of a profit center.

Can you answer this question: Who is your Justice of The Peace?

I consider myself to be pretty involved and politically engaged, but I could not answer that question a few days ago. I went on line to the Pulaski County Government site where I found this handy interactive map. Simply click in where you live within Pulaski County and information regarding your JP will come up.The district map below is just a picture, so follow the link to use the tool. 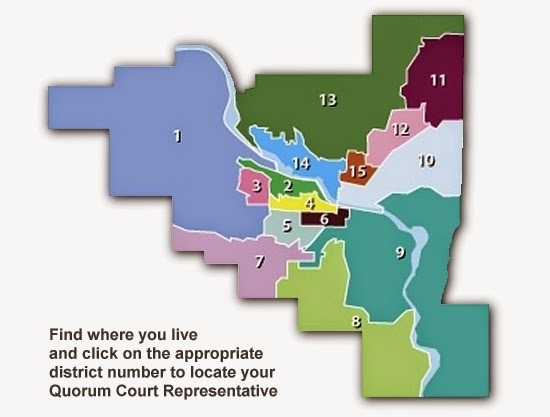 Follow the link above to the interactive version of this map.
Justices of the Peace make up the Quorum Court, which is the county equivalent to a city council or board of directors. They are the folks who work with the county judge to approve the budgets  for things like the jail, sheriff's department, roads and bridges, and sanitation. That includes, of course, Two Rivers Bridge, Big Dam Bridge, parks, and trail improvements. They also deal with zoning and land use. Land use has been a highly contentious issue recently as regards the Lake Maumelle watershed.
If I am belaboring this, please forgive me, but I've found that most of us, even those of us who are somewhat politically active, seem to pay little mind to the role of our county government. Judge Buddy Villines has provided strong leadership and has been a champion for improving the quality of life in Pulaski County by embracing the Arkansas River Trail System and making possible landmark projects such as the Big Dam Bridge and Two Rivers Park Bridge. Villines is retiring and the makeup of the quorum court will be more important than ever as a new county judge seeks to establish himself.
What Got Me Started- A Staci Medlock campaign worker knocked on my door.
I was snoozing on a rainy afternoon last weekend when a knock came to my door. It was a young lady asking if I wanted a Staci Medlock sign in my yard. As with most door-to-door solicitors, I turned loose the crazed Willie dog on her.
After Willie got a head pat and curled up on the porch glider, I did take a campaign card, which had four key platform points:
-Protect our clean water supply  I've been following the Lake Maumelle debate with interest and feel that a clean, healthy water supply is one of the most important things a vital community needs.  I'm on board.
-Keep the county jail secure  That takes money and good judgement. It's an ongoing problem and deserves to be a priority in keeping our communities safe.
-Provide interconnection hiking, biking, and running trails.  I love that tune!
-While keeping a balanced budget That makes sense, as well.
After looking over the card, I realized that I liked what this woman had to say, but I needed to know more. First, I wanted to know who she was running against. I looked up her opponent Jesse Macom-Teague and, frankly, I did not like anything I saw from him. I will say that I agree that the county money being spent on the Broadway Bridge could have been better spent. It could have been used on better bike-ped accomodations rather than for decorative "basket handles".
Meeting Staci Medlock
As I am wont to do when I want to know something about a public figure, I contacted Medlock and asked her for a of her little time so that I could learn more. She is a realtor and we set a time to meet at her office.
I showed up at the appointed time and Staci blew in about a minute behind, apologizing that her last meeting had run just a little long. After introductions, she quickly secured a meeting room and we sat down for a chat. I can't bring myself to call my interrogation technique an interview, but I usually get a pretty good feel for things.
My first impression is that Medlock is energetic. Like not-quite-bouncing-off-the-walls energetic, and I mean that in a positive way. If you want to get something done, give it to somebody like her. 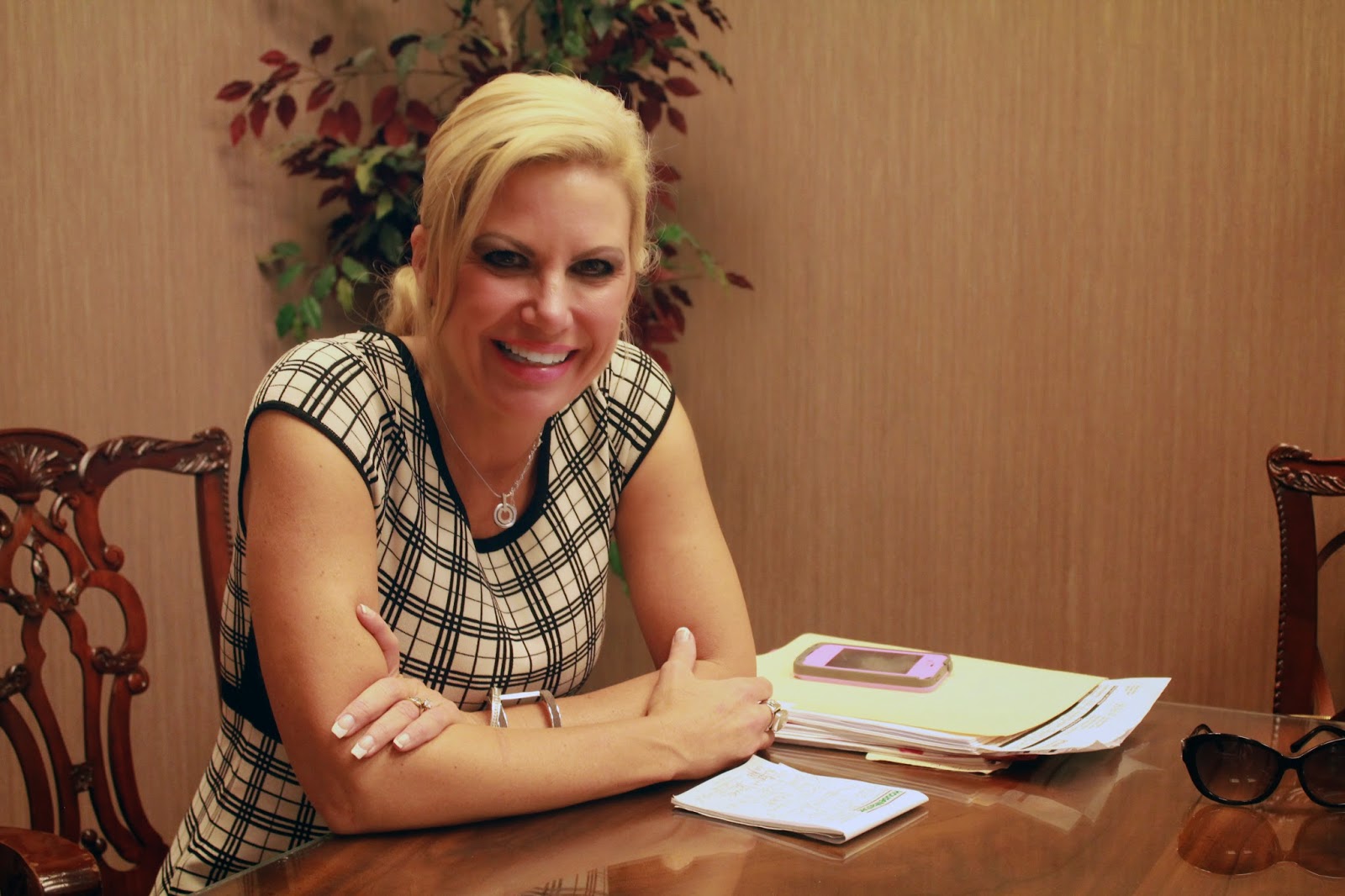 But I will vote for SM. She's a friend of my wife's cousin. That's how I decide to vote. Much easier! :-)

Oh, yee of the short attention span. No wonder the piolitcal dialogue consists mostly of KochObamaKochObama. We could sing it to the tune of Copacabana
KochKoch--KochKochObama
http://www.dailymotion.com/video/x1aej1_barry-manilow-copacabana_music?start=24