Full weekend ahead if you want it!


I know that you have been dying for a chance to ride a metric century with a total elevation gain of 24”.
Well, Oct 18th is a close as you are going to get!!


Folks in West Memphis laying groundwork for future cycling trips in Eastern Arkansas, in anticipation of the Bridge being finished in 2016.
Hope you can come ride with us, 20 and 40 mile routes available…. 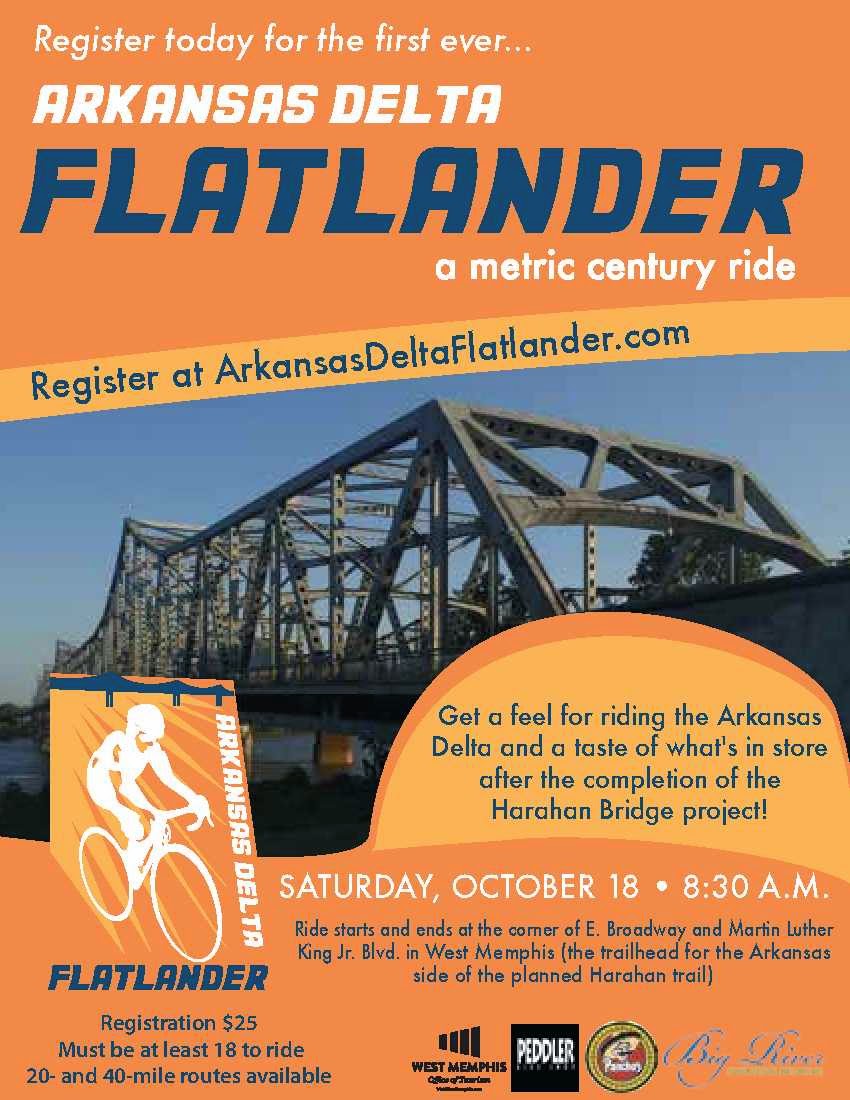 After the ride, you can either scoot over to Memphis for some ribs or boogie on back to Little Rock for tailgating and what may be the last Razorbacks SEC game at War Memorial Stadium.


Sunday: Biketoberfest
Last year's Biketoberfest took place on the same day as the Joe Weber Arky 100, so I was late in arriving, but I still got there in time to know that it was a blast!!
That conflict is not present this year. I passed on the Arky last Sunday due to the crappy weather, though they still reported 215 riders for the ride. I'm only a little sorry I missed it, as I don't like riding in drizzle and rain, but delighted that it was such a success in spite of the weather. Perhaps I should have followed rules 5 and 9. (If you're not familiar with  "The Rules", follow the link and learn!) 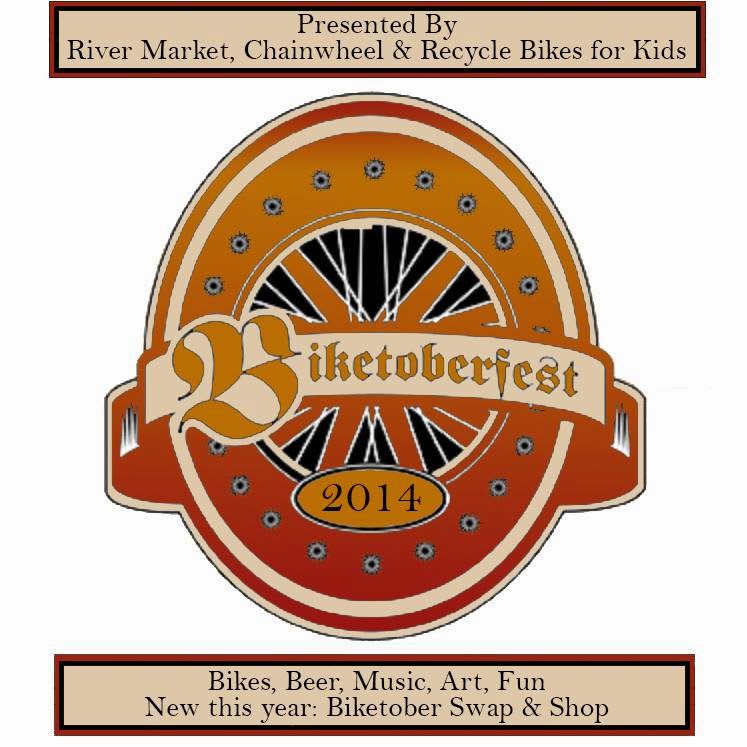 Get on the townie and cruise on down to the River Market!
I'm sure I'll be reminded of many other things happening in our bike world this weekend, but these were top-of-mind for me at the moment.
Go ride your bike.
Posted by JBar at 9:32 AM