With a burn ban on and fireworks not a possibility for many areas for Independence Day, shuffle on down by the river on Sunday for the Dr. Feelgood Star-Spangled Criterium Championships! There will be fireworks on the race course as riders from around the state battle in out in a spectator-friendly venue.
Here's the press release, followed by the event flyer;

The fireworks start early this year as bicycle racing comes to North Little Rock’s Riverfront Drive during CARVE’s Star Spangled Classic and State Criterium Championship on Sunday, July 1. Racers from all over the state and region will compete for cash prizes and the coveted state champion’s jersey in a variety of classes. Spectators will get a chance to see the action up close as cyclists speed through multiple laps over the flat, one-mile-long course. Racing begins at 8 a.m. Come on out to enjoy a day of fun and spectacular racing. Proceeds to benefit CARTI & Teen Challenge. 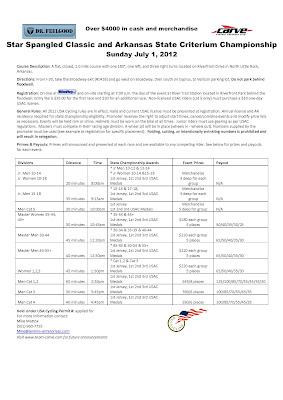 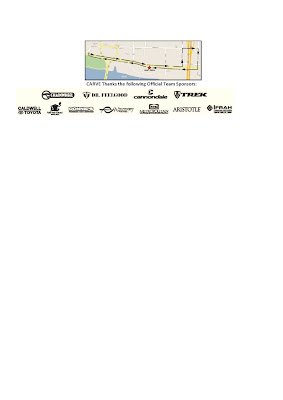 Last year's SS Crits saw big crowds and great racing, so come on out and support local bike racing. Thanks to Michael Mattox and CARVE for providing this information and for sponsoring this and other cycling events in Central Arkansas! We're on a roll!