The approaches to the new Shillcut Bayou Bridge at Burns Park were completed yesterday, though a few hours later than expected. The crew was still rolling out asphalt at about 5:30 or so, but they said it would be ready to ride in a couple of hours.
A later visit found the crew done, asphalt sufficiently cooled, but the barriers still in place. The situation called out for a test ride, so it was done for the sake of proving the safety of the new structure. It seemed stable. I'm making the assumption that the barriers came down this morning. 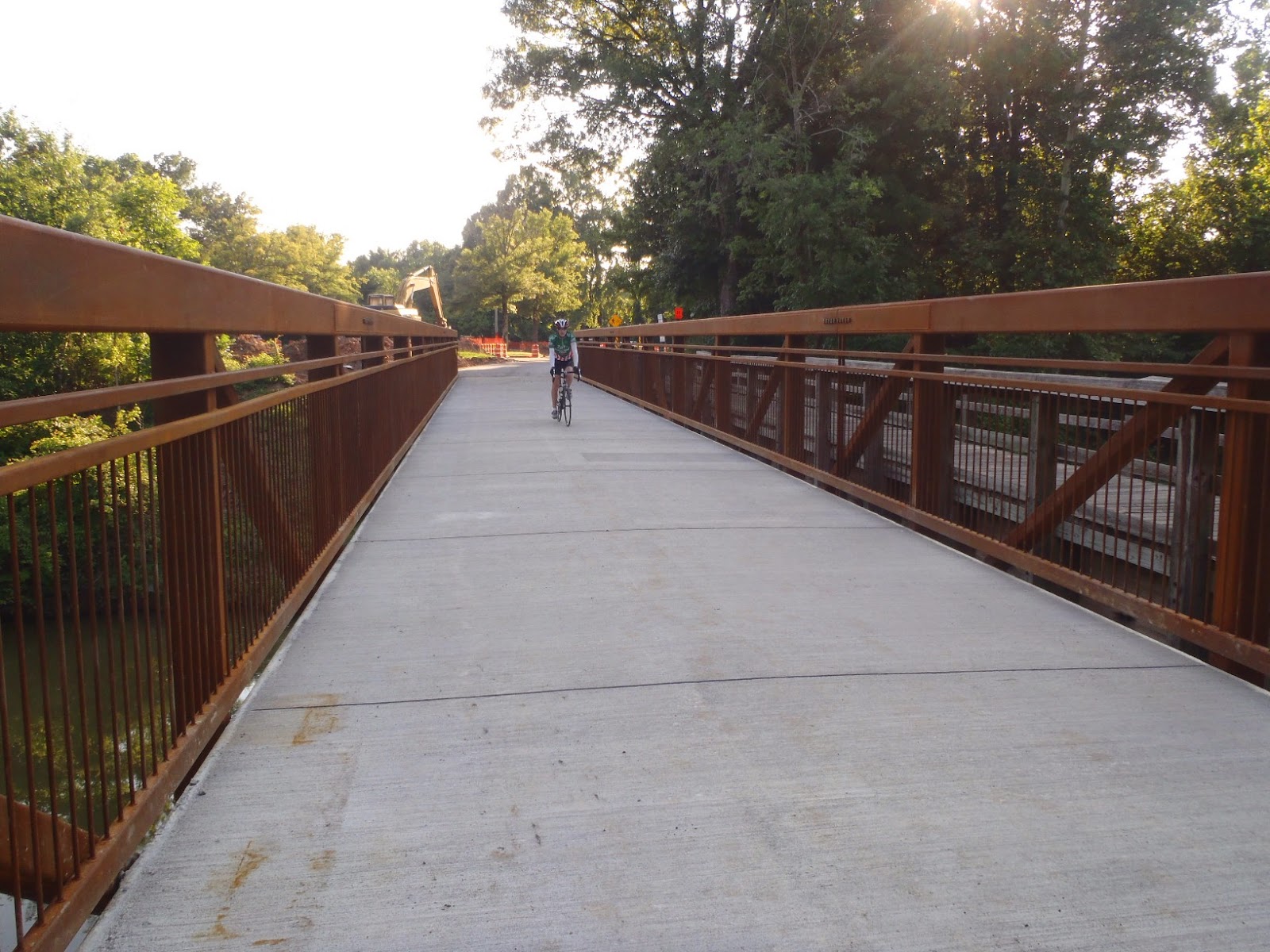 This unidentified rider testing the new bridge at my encouragement. 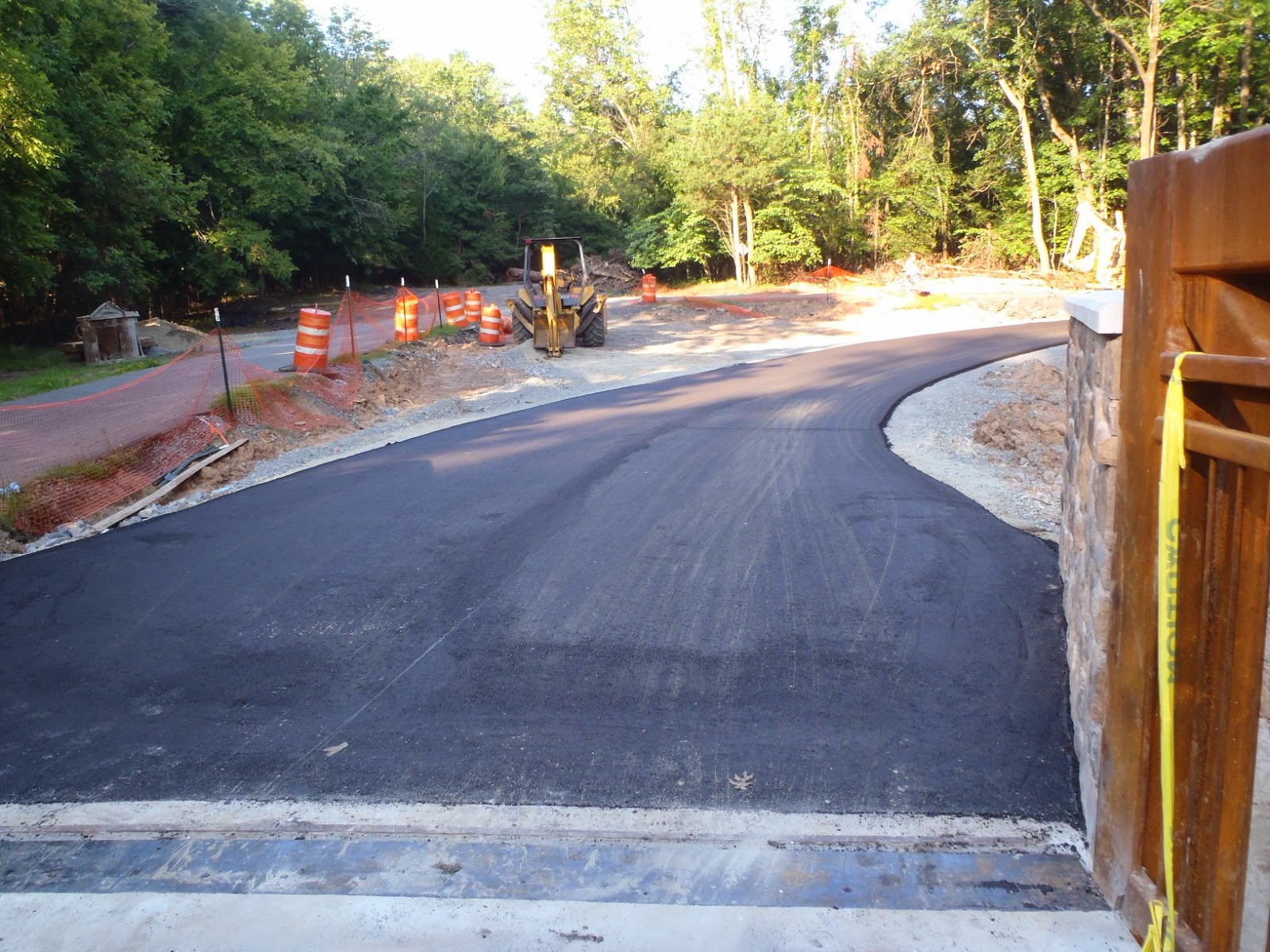 The east approach just looks fast! Don't let your awesomeness overwhelm your good sense when coming out of the woods onto the bridge.
River Road
Expect a detour around the River Road trail section between Pike Ave and Rockwater Blvd.,  beginning today. The road-wide trail is being narrowed to allow for landscaping and some lights. Work is expected to take about a month. The detour is easy and won't add more than a minute or two to your ride. 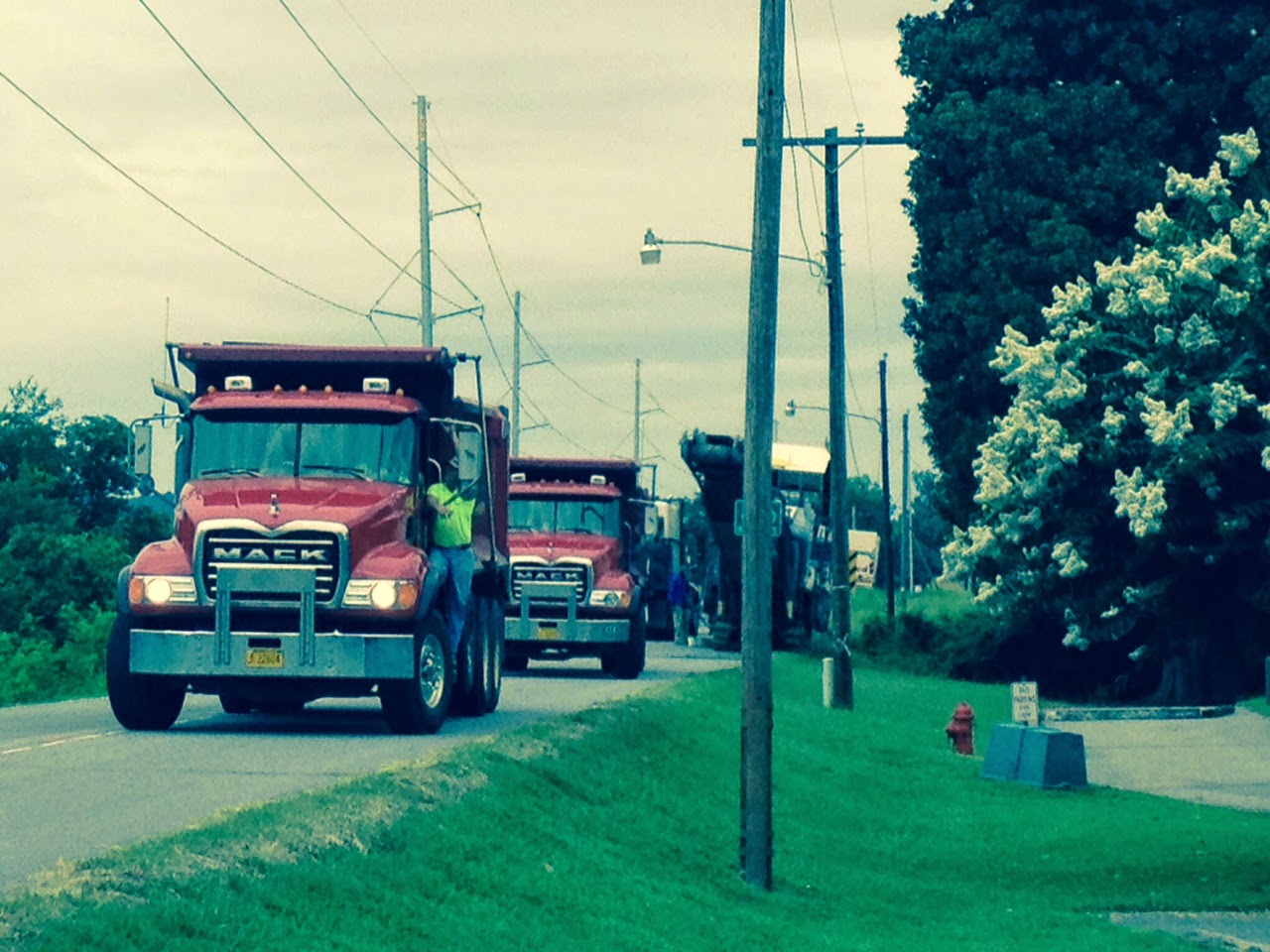 Thanks to roving reporter John Martin for this photo.
Posted by JBar at 9:19 AM